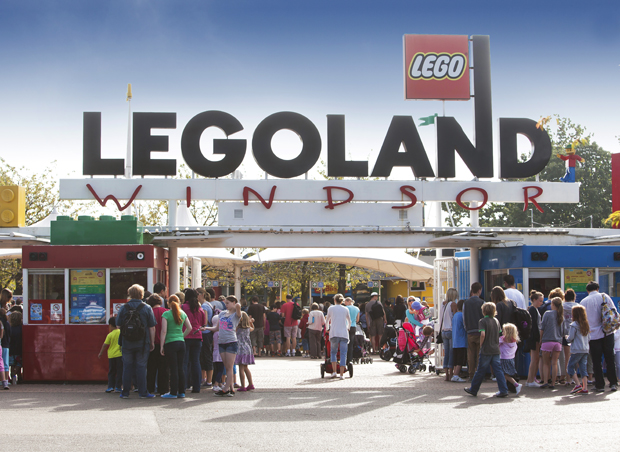 A day out for Muslim families at the childrens’ theme park Legoland in Windsor was cancelled last week after multiple threats were received from far-right groups. The Daily Mail was labelled “hateful” by Muslim organisations for its coverage of the episode.

According to press reports members from the English Defence League and a splinter group known as Casuals United had both threatened to protest at the day-out, which was organised by the Muslim Research and Development Foundation (MRDF), and had sent threatening letters to MRDF offices as well as staff at Legoland.

A spokesperson for MRDF told Index: “They terrorised staff at Legoland, staff at MRDF and aimed to terrorise children and families on the day of the event.” He added: “Several articles in the national press helped fuel further hatred and resentment.”

The event, which was due to go ahead on 9 March, was cancelled after Legoland and MRDF consulted with the local police. “The owners of Legoland made the decision to cancel the event in consultation with the MRDF”, a police spokesperson told Index

The police are known to be investigating several malicious messages sent by members of the EDL and Casuals United in the run-up to the cancellation. “Thames Valley Police can confirm it is investigating reports of offences committed under the Malicious Communications Act (1988),” said the spokesperson. They confirmed that the investigation related to several social media messages sent in the days leading up to the cancellation.

It is understood from sources at Legoland that the Anti-Fascist League, who had planned a counter-demonstration against the EDL and Casuals United, was also considered a threat to the peaceful day out.

Fierce criticism has been levelled at trustee and chairman of the MRDF, Haitham al-Haddad, an Islamist preacher, over allegations of being anti-Semitic, homophobic and in favour of female genital mutilation. Al-Haddad describes himself as a Muslim community leader and television presenter, of Palestinian origin. He sits on the boards of advisors for several Islamic organisations in the United Kingdom, including the Islamic Sharia Council. He is the chair and operations advisor, and a trustee, for the Muslim Research and Development Foundation. Al-Haddad, who is outspoken in his criticism of British foreign policy, has been banned from speaking at a number of British universities because of his alleged views.

The MRDF, based in East London, undertakes research and publishing programmes, corporate retreats and development programmes, organises conferences, seminars and lecture tours and analysis of news, information and media material.

Grassroots far-right group the English Defence League had planned to hold protests outside the theme park if the day went ahead. In a press release on their website, they described al-Hatham as a “known hate preacher,” who “thinks Jews and gays should be killed, Israel destroyed, unbelievers converted or killed, women beaten into house slaves…and Osama Bin Laden should be held in high esteem.”

A spokesperson from Legoland told Index: “This was about lots of families having a day out. The park is closed from November to March and we open for private events. This one had no alcohol and halal food available, alongside non-halal. Other than that it was a normal event.” The spokesperson also added: “Anyone was able to buy these tickets – it was not a Muslim-only day.”

Legoland said 9000 tickets were available but it was unclear how many had been sold at the time the event was cancelled. Their spokesperson also confirmed that MRDF had paid a fee to hire the park exclusively. MRDF was responsible for selling tickets to their own members.

In a separate statement released on their website, Legoland made clear that they believed the far-right groups should be blamed for the event cancellation: “Sadly it is our belief that deliberate misinformation fuelled by a small group with a clear agenda was designed expressly to achieve this outcome.” The statement added: “We are appalled at what has occurred, and at the fact that the real losers in this are the many families and children who were looking forward to an enjoyable day out at LEGOLAND.”

The Daily Mail has also been slammed in an open letter to their editor, Paul Dacre, over “hateful” coverage of the events leading up to the cancellation.

The article referenced a coach that would be “packed with explosives” and that might “blow up” after stopping in Parliament Square. At Legoland, guests would be “reminded that music and dancing are punishable by death”. Later, girls would be expected “to report to the Kingdom of the Pharaohs for full FGM inspection” while boys would “report to the Al-Aqsa recruiting tent outside the Land of the Vikings for onward transportation to Syria.”

The letter of complaint was published by the Muslim Council of Britain, and co-signed by more than twenty five other Muslim organisations.

This article was posted on March 5, 2014 at indexoncensorship.org