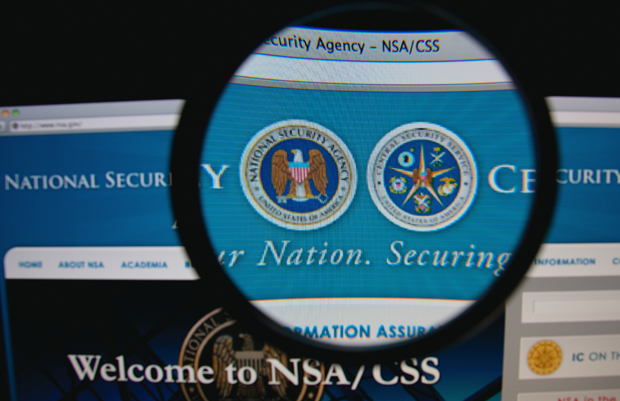 The reforms to the intelligence community that have been advocated by US President Barack Obama are not being taken well in some circles.  This is not necessarily because all members of that covert fraternity object to them.  There has been, in fact, a general understanding that something had to be done in light of Edward Snowden’s revelations regarding dragnet surveillance.  A fundamental feature of Obama’s reform agenda centres on a greater oversight role regarding surveillance applications assessed by the Foreign Intelligence Surveillance Court (FISC).

Former FISC Presiding Judge John Bates has given, in a fashion, support for proposals that would allow the appointment of a public advocate or lawyers acting in an amicus curiae role.  Their role suggests, in spirit at least, a modest attempt to open an otherwise secret court process to scrutiny over surveillance applications, providing direction on privacy and specific legal points. “I think it could have some good elements if done correctly,” suggested the judge before a gathering at George Washington University Law School last Friday.

Reading between the lines, however, the judge is not glowing at the prospect of an increased work load, one affected without little benefit.  For one, he claims that an outside advocate is, for the most part, needless in standard court deliberations (pen registers, trap-and-trace orders and individualised search warrants) under the Foreign Intelligence Surveillance Act of 1978.  Furthermore, surveillance applications tended to be prosaic matters with specific individuals in mind, using such standards as probable cause that would only affect the privacy interests of an individual or set of individuals.  Amicus advocates would busy the court without any benefit, they being, for the most part, unqualified to deal with the technical matters at hand.

Where such a “friend” of the court might have some bearing would be on concerns over bulk-collection of data, though the judge was again shaving much relevance over the move.  Was this reform a genuine attempt to alter practice, or simply one designed to pacify “public perception”?  Those on the FISC are more troubled than pleased.

Many of the concerns made by Judge Bates were outlined in his January 13 letter to Senator Dianne Feinstein, Chair of the Select Committee on Intelligence.  It is worth reading carefully, given the role Bates has played as chief judicial officer over FISC matters.  A vigorous, conceptual tussle between secret deliberations and transparency is undertaken, much of it fundamental over the role of the court in “oversight” matters.

If workloads were to increase, then this should be “accompanied by a commensurate increase in resources.”  Adding a number of administrative subpoena-type cases in excess of 20,000 “would fundamentally transform the nature of the FISC to the detriment of its current responsibilities.”  But even such an increase of work would not necessarily be remedied by the mere addition of personnel and resources.  It would “prove disruptive to the Courts’ ability to perform their duties, including responsibilities under FISA and the Constitution to ensure that the privacy interests of United States citizens and others are adequately protected.”

Like it or not, Judge Bates suggests that the secrecy function of the FISC should continue.  In this, the judge slips into his paternalistic voice, suggesting that publishing Court decisions for public consumption would limit rather than “enhance the public’s understanding of FISA implementation”.  Unless classified information is provided with those decisions, confusion was bound to happen.

A real bruiser comes in his detailed observations over what role the public advocate would actually play in FISA proceedings.  First and foremost, there will be no constructive adversarial role to speak of, as the advocate will be “unable to communicate with the target or conduct an independent investigation”.  Privacy protection will not be assured by involvement of the advocate in “run-of-the-mill FISA matters” and might “undermine the Courts’ ability to receive complete and accurate information on the matters before them.”

Much of the concern stems from who has the authority over appointments.   A court appointed advocate might well be more palatable for judges, but it will hardly satisfy the privacy reformists, who wish to open the FISC door to some form of public accountability.  But according to Judge Bates, a “standing advocate with independent authority to intervene at will could actually be counterproductive” while a court appointee may well maximise assistance while minimising disruption. He also fears the “constitutional” implications of the move.

Some of Bates’ concerns on the public advocate may be uncalled for. They are already considered in the Leahy/Sensenbrenner and Blumenthal bills.  Both make the point that the special advocate only appear in set cases, and never in those touching on individualised search warrants.  They would only deal with novel matters affecting subjects of surveillance targeting persons outside the United States (FISA, s. 702) and American subjects under s. 215 of the USA PATRIOT Act.

Judge Bates’ overview suggests that some reforms to the hearing and granting of surveillance applications are not only modest but cosmetic, in so far as they hope to improve privacy protections.  The impact will be to actually hamper judicial oversight, rather than improve it.  The adversarial element that would improve representation would actually be absent, despite the presence of the public advocate, making the reform one of bluff rather than effect.   No change, however, would have been intolerable.

Speaking to a gathering of national security lawyers organised by the American Bar Association, Judge Bates had a prediction.  “My guess is nothing will happen legislatively until after the mid-term elections – if then.”  There will be congressional disagreements about matters of form and substance.  If care is not taken, enacted reforms may well be the bunting without the product.

This article was published on April 7, 2014 at indexoncensorship.org