NEWS
Delusions of freedom: The FCC, the internet and John Kerry
14 May 2014
BY BINOY KAMPMARK 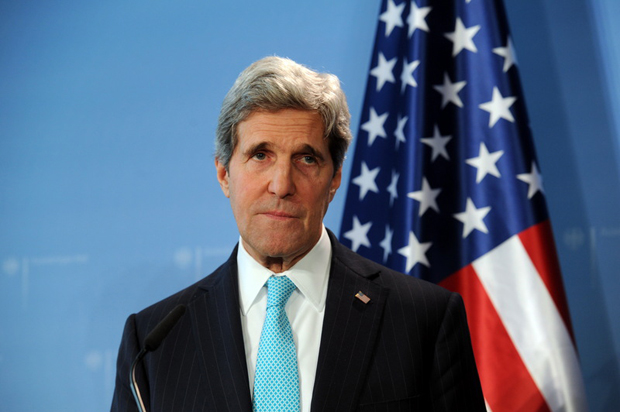 The US Secretary of State John Kerry’s speech before the fourth annual Freedom Online Coalition conference has all the makings of anti-censorship agitprop. “The places where we face some of the greatest security challenges today are also the places where governments set up firewalls against the basic freedoms online.”

Indeed, like his predecessor, Hillary Clinton, he has taken to banging the drum of internet freedom as if it is a transforming given of modern life.  On January 21, 2010, Clinton made the remark at America’s “interactive museum of news” otherwise called Newseum, that “information freedom supports the peace and security that provide a foundation for global progress.”

As the Belarussian writer and researcher Evgeny Morozov put so eloquently in The Net Delusion, such sentiments promote two delusionary sentiments, the first being cyber-utopianism itself, and the second, being that all problems of the modern world must somehow be tied to matters of the internet.

The philanthropist and high-tech investor Esther Dyson exemplifies both streaks. Writing in 1997, she claimed in Release 2.0 that, “The Net offers us a chance to take charge of our own lives and to redefine our role as citizens of local communities and of a global society.”  It provides opportunities of self-governance and autonomy, “to work with fellow citizens to design rules we want to live by.”

The obvious point lacking in Dyson’s analysis is that behind every utopia is a dystopia waiting to happen.  All governments, whatever their creed, have been guilty of the same vice.

Freedom provides its own vicious subversions – the open use of Twitter and social media sites invariably allows for infiltration, trolling and forms of cyber counter-insurgency.  The simple suggestion that authoritarianism is somehow an enemy of Internet freedom is naïve in so far as it suggests a total misunderstanding as to what such regimes can, in fact, do. All states, autocratic or otherwise, have made it their business to stifle Internet freedoms. They just disagree on how best to do it.

Sounding much like the former Soviet minister of culture, Andrei Zhdanov, Kerry claimed that, “Today, we’ve learned that walls can be made of ones and zeros and the deprivation of access even to those ones and zeros, and that wall can be just as powerful in keeping us apart in a world that is so incredibly interconnected.”  This is somewhat ironic – Kerry himself is obsessed by the behaviour of authoritarian regimes and those who would police internet content, ignoring exactly what might be happening at home.

So many myths have been bound up with the Internet, it has become almost mandatory for Kerry to fall into the rather unreflective pose of technology as freedom.  Zeros and Ones do nothing to liberate a people, let alone facilitate revolution and institutional change.  This is another form of dastard cyber-utopianism – extolling a system of freedom that is merely the straw man of liberty.

Kerry and his colleagues, in truth, are all about regulation and the velvet glove of policing. They decry efforts to control the net in Venezuela, Russia and China, the traditional bogeymen of cyber-freedoms, but prove happy with puritanical measures that police inappropriate content or regulate traffic via private enterprise.

The recent move by the US Federal Communications Commission (FCC) to initiate what it terms a “net neutrality” plan is even more indicative of the scope of control being exerted by the powers that be.  Initiated by its chairman, Tom Wheeler, the proposal came about in response to failed efforts by his predecessor, Julius Genachowski, to defend net neutrality.

More than 100 technology companies, including Facebook Inc, Google Inc, and Amazon.com Inc, have expressed concerns about the proposal that regulates the way Internet providers manage traffic.  They have urged the FCC to “take the necessary steps to ensure that the Internet remains an open platform for speech and commerce.”

The cardinal warning here is that any suggestion that finds home with the label “open” is bound to be only slightly ajar, if not closed altogether.  The Wheeler plan, which purports to be an “open Internet” idea, imports commercial reasonableness into the management of the web. In other words, companies responsible for content would be able to purchase greater speeds on the Internet from broadband providers, within the bounds of commercial prudence.

The consequence of such a superficially liberal plan is that the Internet will be carved up, a case of managing traffic on the “fast lanes” via such companies as Verizon Communications or Comcast Corp, leaving others to languish in their use.  The green light to discriminatory deals is being suggested.  Even one FCC commissioner, Jessica Rosenworcel, felt that, “Rushing headlong into a rulemaking next week fails to respect the public response to his [Wheeler’s] proposal.”

An internal revolt in the FCC may well be on the cards.  But what is an even more striking note is that internet freedom will be dealt a blow, not only by the orthodox authoritarians, but by closet regulators with their fingers on the switch.

Brian Merchant, writing for Motherboard is certainly right to note the fallacious binary embraced by Kerry: “Democracies with private internet service providers, good.  Autocrats who block Twitter, or say that the CIA invented the internet, bad.”