NEWS
Trigger warnings: A sad lack of faith in the power of art
22 May 2014
BY PADRAIG REIDY 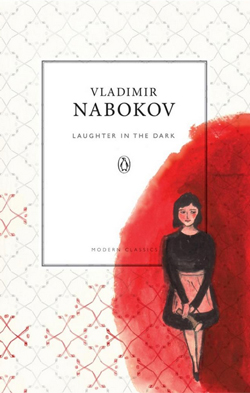 “Once upon a time there lived in Berlin, Germany, a man called Albinus. He was rich, respectable, happy; one day he abandoned his wife for the sake of a youthful mistress; he loved; was not loved; and his life ended in disaster.”

So begins Vladimir Nabokov’s Laughter In The Dark, a terse, tragic little book. There’s really not much more I can tell you about it, apart from the fact that the “youthful” mistress is uncomfortably so, Albinus says and thinks some quite sexist things about women, and he ends up disabled (and worse).

Perhaps then, in light of recent requests from English Lit students on American campuses that teachers should provide “trigger warnings” for novels that could contain traumatising themes and scenes, this already revealing opening could be rewritten:

“Once upon a time there lived in Berlin, Germany, a man called Albinus. He was rich, respectable, happy; one day he abandoned his wife for the sake of a youthful mistress; he loved; was not loved; and his life ended in disaster. TRIGGER WARNING: sexism, cis-sexism, borderline paedophilia, violence, ableism.”

Would that be so bad? Clumsy, no doubt, but does it really affect the reader’s experience, or, specifically, the academic learner’s ability to analyse the book? Well, yes, in that it skews one’s expectations, forces one immediately to think “this is a book about misogyny, violence, and disability,” rather than a book about say, the upheaval of interwar Europe, the clash of old and new, or just good old hubris: things Laughter In The Dark are actually about, rather than things that happen in Laughter in the Dark.

The trigger warning has its origins in online forums dedicated to specific topics, and in the backlash against the idea that has happened this week, some commentators have pointed out that this is an imposition by one small community on general society: Jonah Goldberg in the LA Times, for example, unfavourably compared those calling for trigger warnings on campus to Amish people, pointing out that the Amish would prefer not to have to deal with a lot of the modern world, but at least they don’t inflict their desires on other people.

It’s a tempting “who do these people think they are” argument, made all the more so enticing by the intergenerational aspect – pretty much every person I know over the age of 30 finds the “social justice” movement, from which ideas such as trigger warning have sprung from, equal parts infuriating and baffling. It feels like a world of endless taboos and astonishing sincerity, far removed from the heavy irony that, for better or worse, characterised the generation that preceded it.

And they don’t like us much either: writing for Vice last week, Theis Duelund denounced Generation Xers, born between 1965 and 1980, as “slackers [who] nihilistically accept the machine of which they are a part, and can dissect its fundamental facile and evil nature with all the clarity and urgency of a nineteenth-century Romantic poet.”

(If Theis wants to play that game, I’m creeped out by a generation of people for whom dressing up as something out of My Little Pony seems an acceptable subculture for an adult to be involved in).

But changes rarely come from spontaneous mass movements; more often than not, they come from persistent nagging from a minority (or “campaigning” as it’s more kindly called), who eventually convince the rest of us. So to complain that things such as trigger warnings are being foisted upon us by a small group of millennial social justice activists is to avoid the argument about generalised trigger warnings for literature themselves.

The argument being this. Art is an expression of the human condition; our urge to create art, and to consume art, is in large part driven by our need, as social animals, to communicate, to empathise and sympathise.

What that does not mean, however, is that a work of art should, or will, provoke a specific response. Alain De Botton, the writer of philosophically styled self-help books, has recently suggested, through an exhibition he has curated at the Rijksmuseum, that we can use art for self-improvement, implying that specific works inspire specific emotions. It’s a silly, reductive, anti-human argument, implying that there is a correct way to view art, and a correct single message to be taken from it.

Much of the discussion around trigger warnings, and indeed broader discussion of the modern “social justice” movement, is similarly anti-nuance. In the eyes of the online social justice activist, questioning is tantamount to discrimination. This, I believe, is partly generational – asking someone to explain something seems strange to generation just-fucking-Google-it, but as I’ve said, we shouldn’t make age the issue here.

The worry is that in an effort to protect individuals, we risk destroying empathy. The social justice term “allies” has replaced the old fashioned idea of “comrades”. You can support people’s struggle from a distance, “ally” suggests, but you cannot stand with them, because you do not understand the entirety of their experience. It implies a lack of faith in human imagination, in our ability to think outside of ourselves, and in the complexity of the human condition.

So it goes with the trigger warning: there seems little belief here in the idea that a work of fiction could tell us something bigger about the world, could help us understand our fellow beings; or even that reading about experiences that mirror your own may actually help, may make you realise that you are part of something universal. Blood-and-guts fantasy fiction such as Game of Thrones seems to escape opprobrium, perhaps exactly because it’s not seen as being anything to do with the bad things that happen in the real world.

The message and tone of the “trigger warning” suggests a sad lack of faith in the power of art, and, by extension, humanity. We’re capable of better.

This article was posted on May 22, 2014 at indexoncensorship.org

7 responses to “Trigger warnings: A sad lack of faith in the power of art”