7 June: Propaganda in wartime – where do we draw the line?

The Index on Censorship Magazine Big Debate: Censorship and Propaganda in Wartime: where do we draw the line? 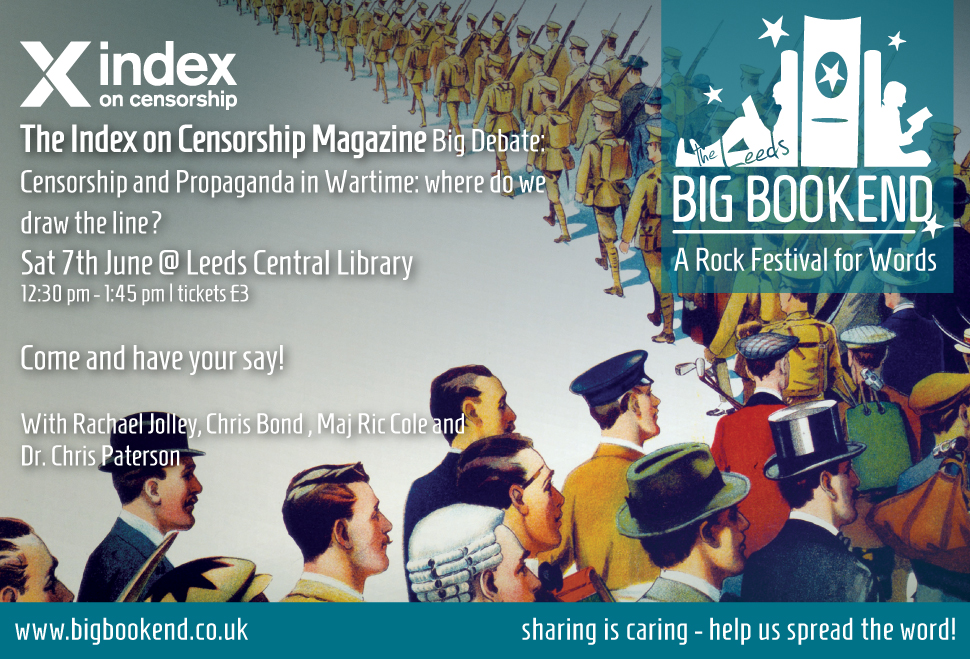 Join Index on Censorship Magazine at Leeds Big Bookend Festival to debate whether it is acceptable for governments and others to withhold information from the public during a conflict or  war.

Is it always unreasonable not to tell the public the whole truth? Is propaganda sometimes necessary? Maybe the USA wouldn’t have entered WWII without it, so can it be justified? Does propaganda or censorship matter? Why and when should we care?