NEWS
From the archive: John Mortimer on defending Felix Dennis at the Oz trial

John Mortimer took on the most infamous obscenity cases of the 1970s. He talked to Index in 2008 about defending the editors of Oz magazine, including the late Felix Dennis 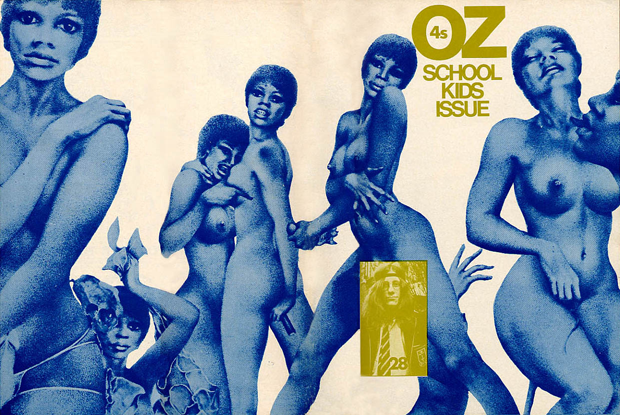 The school kids issue of Oz magazine lead to one of the longest conspiracy trials in England (Image: OZ/Wikimedia Commons)

Felix Dennis, a publisher, poet and spoken word performer, passed away on Sunday at his home in Stratford-upon-Avon, aged 67. Dennis was perhaps most well-known for being the brainchild behind publications such as Blender, Men’s Fitness, and The Week. But it was his work with Oz magazine as co-editor in the 1970s, and the ensuing conspiracy trial over the infamous school kids issue of the publication which first threw Dennis’ name into the limelight.

In 2008, John Mortimer spoke to Index about defending the editors of Oz magazine as he took on one of the most infamous obscenity cases on the 1970s:

Oz was a satirical, underground magazine founded in Australia in the 1960s. The editors of the London edition – Richard Neville, Jim Anderson and Felix Dennis – were prosecuted under the Obscene Publications Act in 1971 for a schoolkids issue (edited by teenage schoolchildren). Particular offence was caused by a cartoon of Rupert Bear having sex – in a collage created by schoolboy contributor Vivien Berger. The editors were found guilty and the convictions provoked an outcry. Hundreds demonstrated outside the Old Bailey in London, including John Lennon and Yoko Ono. The verdict was later quashed on appeal.

John Mortimer: Well, it was sort of the birth of that particular Obscene Publications Act [1959], which was Roy Jenkins’s doing [Jenkins was principal sponsor of the bill as a backbench MP]. It was meant to be liberalising, because it allowed defences of literary merit and scientific merit and all sorts of ‘bits’ of merit. It was a test of that and the Obscene Publications Act, which was meant to be a work of great liberality. It would test obscenity, which was something that would tend to deprave and corrupt the people who were likely to read it. But then there were numerous defences – that it was of literary merit or historical merit or scientific merit and so on. It seemed rather strange you could be depraved and corrupted, and on the other hand you knew more about history – that could be a defence. So it never ever seemed to me to be a particularly sensible piece of legislation.