NEWS
Padraig Reidy: How your well-meaning retweet can do more harm than good
24 Jul 2014
BY PADRAIG REIDY 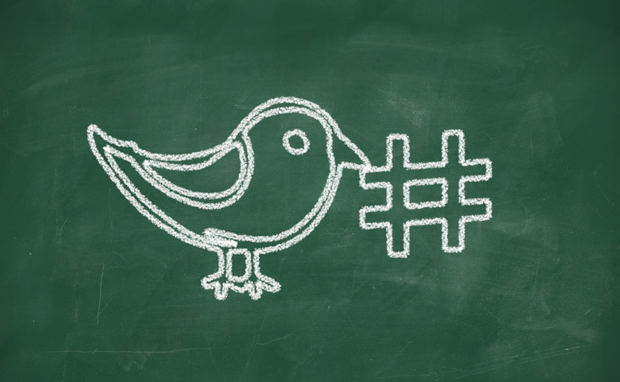 Last week, the social web, at one end of its endless, pendulum-like swings between mawkishness and self-righteous fury, discovered a letter from the head teacher at Barrowford primary school, East Lancashire. It was a sweet-natured letter, congratulating students on their exam results and then going on to note all the things exams can’t measure and examiners don’t know:

“The people who create these tests and score them do not know each of you the way your teachers do, the way I hope to, and certainly not the way your families do.

…and so on; examiners did not that “know that you have travelled to a really neat place or that you know how to tell a great story ” etc etc etc.

All very sweet sentiments, and new and traditional outlets went crazy for it. The letter went viral, and then the mainstream media, including BBC Radio 4’s The Today Programme, covered the fact the letter had gone viral.

There were a few problems with the well-meaning letter, though. As Toby Young pointed out in the Telegraph, it was incorrect to say the people who “scored” the children’s Key Stage 2 achievements “do not know each of you the way your teachers do”; part of the assessment is done by teachers at the schools.

The reason for these disparities was simple: large sections of the letter had been lifted from elsewhere; apparently, it’s been circulating in various forms since originally being written by a Mary Ginley of Massachusetts in 1999.

When various people (including me) pointed this out on Twitter, they were seen as being somewhere between the Grinch and ISIS in terms of spoilsport misanthropy. “So what if it wasn’t original?” we were told. The sentiment was correct, and that’s what was important.

It may seem unduly curmudgeonly to complain about a rural school’s end of term letter, but the point of interest here is how quickly it spread, and how blase people have been about the basics of who actually wrote it.

Consider another example: after Algeria went out of the World Cup, it was widely rumoured on Facebook, Twitter and other networks that the team had donated its fee for the tournament to “Gaza”; not the ICRC or MSF, or even Hamas, just vague “Gaza”.

It felt good, and it felt nice, and it was plainly not true. But no one really cared whether it was true or not because (a) Algeria had been quite an enjoyable team to watch, b) people wanted to think someone was doing something about Gaza, and c) well, the Algerian team were Muslims, so they’re probably concerned about Palestine (I never said this was a well-thought out view).

This pattern was repeated when German Muslim player Mesut Ozil was similarly reported to have donated his fee to “Gaza” after his team’s eventual World Cup triumph. The news spread like wildfire, because people wanted it to be true. It wasn’t. Ozil had already pledged his cash to projects in Brazil.

The Gaza conflict has provided more of these moments: a picture of thousands of Orthodox Jewish men protesting in New York is widely touted as a pro-Palestine protest; it is not. It is taken from a protest against Israeli conscription laws in March; a meme circulates quoting actor Robert De Niro comparing Israel to a mad dog; there is no evidence that he has ever said this.

But these things, like the school letter, circulate because they feel right and they make us feel good.

As the old line says “a lie will go round the world while truth is pulling its boots on”. The speed with which we can now move information around surely compels us to be even more mindful of this fact. And yet, what’s the answer? Social media thrives on the instantaneous; slowing it down could be severely damaging to the positive aspects of it. Draconian Chinese laws on “spreading rumours” are reported to have severely affected the number of interactions on social media. In democracies, it would likely be impossible to prevent feelgood-but-false memes, as well as straighforward propaganda, to spread without a massive crackdown on free expression.

For a long time, the web has demanded that we “become our own editors”, ensuring that we take in a broad amount of information rather than merely reading the sites we like on the topics we like, avoiding challenging or new ideas.

But the editorial process must always involve a high level of scepticism; some of the greatest journalistic failures of the past 40 years, such as the Hitler Diaries Hoax, or Piers Morgan’s disastrous publishing of fake pictures of Iraq war abuses in the Daily Mirror, came down to an editor’s and others involved required scepticism being overwhelmed by a story that was simply too good to be true. Disaster ensued.

The same must apply for anyone who thinks themselves vaguely “active” in the political sense on the web. Inaccurate information ultimately damages your cause. So the next time you see a meme on  NHS spending, Israel, or whatever it is you care about, think before you tweet: Is this too good to be true? Do I have any way of checking this for myself?

This article was published on July 24, 2014 at indexoncensorship.org

4 responses to “Padraig Reidy: How your well-meaning retweet can do more harm than good”