NEWS
Singing for Mali and the right to music

"Try to imagine, just for a little bit, that music is banned in London." 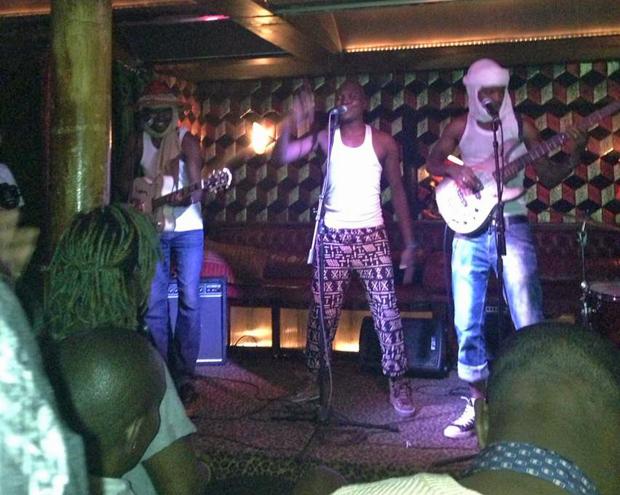 Songhoy Blues, performing in London, asked the audience to imagine music being banned in the UK.

Aliou Touré, lead vocalist of the Malian band Songhoy Blues, introduced their concert in London by talking about the challenges musicians face in Mali, where music was banned by a local armed Islamist group in the north of the country in 2012.

“It is liberating to be able to perform tonight because in my country, I do not have the same freedom of expression,” Touré added before the kick off.

As the concert rolled on, one could easily forget that Songhoy Blues — who are touring in the UK ahead of their album launch later in the year — were deprived from playing music at home.

In September 2013, documentary filmmaker Johanna Schwartz wrote for Index on Censorship magazine on the censorship and persecution that musicians in Mali have faced since the ban on music: “There is a fear that freedoms may not be so easily restored,” wrote Schwartz. Today, although the ban has been theoretically lifted, the fear remains. “Because of the violence, it is still impossible for me to play music in my hometown,” said Touré, who is from the northern city Gao.

Like thousands of refugees, Touré left for Bamako amid escalating violence.

In the capital city, Touré and other musician friends  — Garba, Oumar and Nathanael — from the north decided to form a band. The very creation of their band is an act of hope and resistance: “Somehow, the ban on music played in our favour because it’s only after we left the north that we came together and formed Songhoy Blues,” explained Touré.

The band is now based in Bamako, where the members long for the weekend to perform in local bars. But as music was being driven out of the country — even those with musical ringtones on their mobile phones faced crackdowns — many musicians fled Mali. They Will Have to Kill Us First, Schwartz’s feature-length documentary, follows the story of Mali’s musical superstars as they fight for their right to sing.

At this time, They Will Have to Kill Us First is in the final stages of shooting, and it is still uncertain if Songhoy Blues and the other Malian musicians in exile will feel safe enough to return to home.