After the Wall: Index magazine launch at the Goethe Institut

It was a full house at the Goethe Institut in west London on Thursday night as Index magazine launched its latest issue with a debate on freedom in Europe, 25 years after the fall of the Berlin Wall. Did things turned out as we expected? Is the world a better place? What lies ahead?

After opening up to questions from the floor, the debate steered through a wide-ranging field of topics: nostalgia, capitalism, art censorship, minorities, LGBT rights, new divides, the rise of the far right.

The audience – packed with Index supporters, journalists, academics, members of the arts world and newcomers – also got to cast their vote on whether we are freer now than before the wall was dismantled. Opinions were split and a mumble went through the room: “Who are ‘we’?”

Read more on the issues raised in our current magazine – a post-wall special – and get a taster of the debate, below. 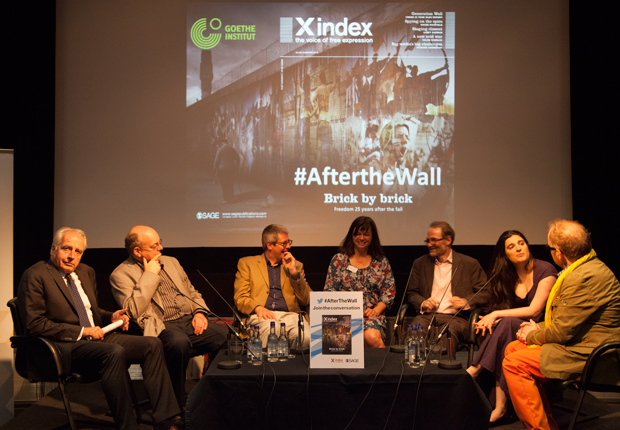