There is a difference between individuals exercising their right not to view or share a video, and companies such as Twitter -- or indeed the police force -- denying people the right to view it 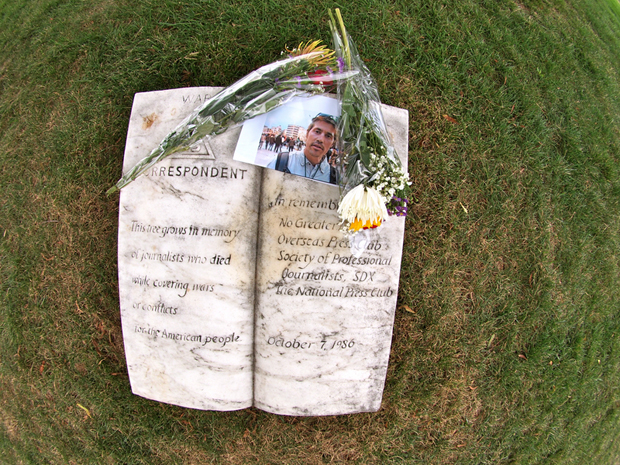 On Thursday, after a video emerged of U.S. photojournalist James Foley being beheaded by Islamic State (ISIS) militants, the Metropolitan Police in London suggested that anyone who watched the video could be committing a crime. This takes us well beyond the realms of the #ISISmediablackout being urged by social media users, many of them journalists themselves, and does go to the heart of why censorship of such material is deeply problematic.

Questions of free speech and free expression are rarely clear-cut: the human rights laid out in the Universal Declaration frequently grate up against one another. Balancing the right to a privacy, for example, with the right to free expression and the public‚s right to know can be a high wire act; as is the balance between protecting children online from exposure to graphically violent or sexual content, and full-scale censorship.

And so deciding whether sharing, or even watching, a video of a criminal act, created as a deliberate piece of propaganda, rightly raises important questions. Are those disseminating this information playing into the hands of propagandists, so furthering their cause? Or are they raising awareness of their practices to a wider audience, leading to a better informed public? It is understandable that Twitter should want to respect the wishes of James Foley’s family by encouraging people not to share it. It is also understandable that Twitter and others would not want to be seen to be promoting propaganda that potentially glorifies terrorism and acts of horrific violence. It is also understandable that many social media users want to encourage an ISIS blackout, arguing that by sharing the Foley video, sharers simply give the group the oxygen of publicity and encourage more such acts.

But there is a difference between individuals exercising their right not to view or share the video, and companies such as Twitter — or indeed the police force — denying people the right to view it. If the Met police is right that just by watching the video individuals are committing a crime (and they have yet to show how or why this is), then David Cameron has broken the law. Barack Obama has also seen the video. As have I. As have a number of the journalists writing about the video in today’s papers: something they needed to do to be able to describe its full horror to others. We should not feed the flames of the propagandists by mindlessly sharing their videos, but nor should we make the mistake of assuming that global corporations, or indeed police forces, should decide who sees what. Because that simply plays into the hands of all those who want to end societies in which dissent and difference is tolerated; the kind of societies that celebrate and cherish the work of men like James Foley.

This article was posted on August 21, 2014 at indexoncensorship.org