NEWS
Padraig Reidy: What is the alternative to boycott?
07 Aug 2014
BY PADRAIG REIDY 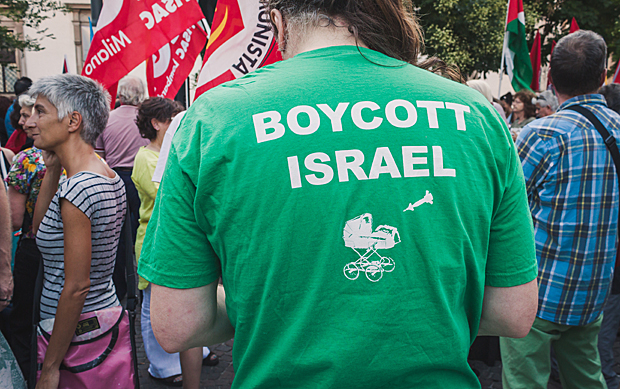 First, the inevitable throat clearing and hand wringing. The most recent conflict between Israel and Hamas has been beyond horrendous. As I type, the ceasefire is holding. Over 1,800 Palestinians have lost their lives, more than 300 of them children. Dozens of Israelis, mostly young conscript soldiers, are also dead. There is an enormous imbalance, in firepower and in defensive capability. Better men than I have gone mad attempting to imagine a way to stop this happening again. Even that statement, I realise, reads like a cop out, but a particular sense of despair looms over this latest manifestation of a war that is only ever dormant at best.

Some clearly feel that the horror has gone too far. Author Hari Kunzru, for example, has decided to join calls for a cultural boycott of Israel. Writing on his Facebook wall, Kunzru cited an op-ed in the Jerusalem Post which suggested the “dismantling” of Gaza and the “relocation” of its non-humanitarian population. Kunzru also cited “”the targeting of schools and hospitals, the picture of a child my son’s age being dug out of rubble that reduced me to helpless tears, the total disregard of the Netanyahu government for international laws and norms…”  as signs that Israel was a country that had “lost its moral compass”.

This is notable not because Hari is a well-known figure in the arts world – there are enough of those willing to sign up to any cause that comes along, and more than enough already willing to tell us exactly what they think about Israel/Palestine, or Cuba, or any other issue to which sections of the left are drawn to, like particularly verbose moths to the flames of revolution, or, worse, the great unspecified “resistance”.

No, this is notable exactly because Hari Kunzru is not one of those people. Hari is thoughtful and unshowy. And Hari has actually put in real work for free speech. I recall, in 2012, scrabbling to find a local sympathetic lawyer who would represent Hari when he faced serious risk of prosecution for reading from the Satanic Verses at the Jaipur Literary Festival, in solidarity with Salman Rushdie. He has made himself available for organisations such as Index and English PEN well beyond the call of duty. So when someone such as Hari Kunzru identifies with a cultural boycott, it means we have to take the question seriously.

The concept of boycotts, and particularly cultural and academic boycotts, have for a long time been problematic for people engaged in the promotion of free expression. Most criticisms of censorship are based on a fundamental assumption that communication of ideas is, in and of itself, a good thing. Some vague belief abounds based loosely on the Hegelian triad of thesis, antithesis, synthesis.

This can sometimes sound naive, but it  does lead to useful perspectives on any argument: 1) that there are entirely sincere, well-meaning people, who may hold views completely anathema to your own, and 2) following from that, in formulating any position on proscription of certain attitudes or beliefs, or people, one must imagine being on the wrong end of the argument – a kind of categorical imperative crossed with the “golden rule”, that can end up making the certainty of others unsettling.

Boycotters often carry that absolutism and conviction that brooks no argument: a simple righteousness anchored in the belief that their view of the world is so self-evidently correct that anyone who is unconvinced by them is either deviant or deficient.

Then there is always the question of who benefits from boycotts? And who is hurt? The traditional, free expression view on cultural boycotts is that they punish precisely the people who are most outward looking and also most likely to seek change in their own countries. Is it fair to punish the artists for the actions of the government, as we have seen with the cancellation of Israeli show The City at the Edinburgh Festival following protests by the Scottish Palestine Solidarity Campaign? Or to request that the UK Jewish Film Festival should ditch Israeli government funding before it can use a venue, as Kliburn’s Tricycle Theatre has, in the name, it says, of attempting to depoliticise the event?

It is argued that theatre companies, dance troupes etc are legitimate targets for boycott if they benefit from state funding, but in truth, there is hardly a theatre company in the civilised world that does not take funding from government agencies: indeed, most western liberals see state agency funding of arts as a sign, even a crucial part, of a healthy democracy, and it is rare that state-funded companies engage in Red-Army Choir style propaganda tours – though Venezuela’s Orquesta Sinfónica Simón Bolívar, decked out in baseball jackets in the colours of the national flag, can sometimes feel a little too Potemkin for comfort.

Writing on the subject (£) of anti-Israel boycotts back in 2012, Irish Times literary editor Fintan O’Toole drafted these five rules for artists and writers invited to perform in countries with dubious records:

1) Don’t take money, directly or indirectly, from governments that systematically abuse human rights, or from oligarchs who benefit from those abuses.

2) Give a significant part of your fee to human-rights defenders or oppressed artists in the relevant country.

3) Don’t accept any restrictions on your own freedom of expression when you’re in that country.

4) Don’t perform to audiences forcibly segregated on lines of race, gender or ethnicity.

5) Don’t let yourself be used for propaganda purposes.

This was very much the approach used by Sweden’s Loreen during and after the Eurovision Song Contest hosted by Azerbaijan in 2012. The singer made efforts to meet opposition figures and voice their concerns in press conferences and TV interviews, and was widely praised for it.

In fact, O’Toole’s rules are not a million miles from the boycott pledge signed by Hari Kunzru, which states: “We support the Palestinian struggle for freedom, justice and equality. In response to the call from Palestinian artists and cultural workers for a cultural boycott of Israel, we pledge to accept neither professional invitations to Israel, nor funding from any institution linked to its government until it complies with international law and universal principles of human rights.”, though there is a crucial difference in that the boycott statement punishes both state and non-state entities, thus preventing signatories from accepting invitations from, say, a hypothetical human rights group.

And this is the problem I will continue to have with boycotts against nations, particularly nations’ cultural endeavours. They seem too blunt, too broad and flawed. Even the much-cited cultural boycott against South African apartheid went awry, with the bizarre irony of Paul Simon being criticised for technically breaking the boycott by travelling to the country to work with Ladysmith Black Mambazo, the black acapella singing group that was far from a friend of the regime.

But the problem is that for many seeking to register their disgust at the actions of foreign governments, boycott seems the only option. Perhaps it’s time for those of us uncomfortable with the idea of shutting down free speech to figure out new avenues of expression.

This column was posted on August 7, 2014 at indexoncensorship.org

4 responses to “Padraig Reidy: What is the alternative to boycott?”