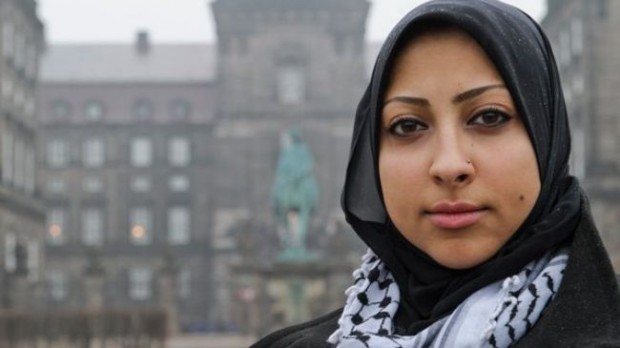 Maryam al Khawaja has been released

Political activist Maryam Alkhawaja has been released from prison but the charges against her still stand.

Alkhawaja was arrested at the end of last month when she travelled to Bahrain to visit her father, prominent human rights defender and co-founder of the Bahrain Centre for Human Rights (BCHR), Abdulhadi Alkhawaja, who has now been on hunger strike for almost four weeks.

Sayed Ahmed Alwadaei, head of advocacy at Bahrain Institute for Rights and Democracy (Bird), told Index on Censorship he felt Maryam Alkhawaja’s release was a clear example of how international advocacy can be a success. However, he said they are still concerned about her: “We are kind of really getting mixed messages whether her release is just to ease the international pressure,” he added.

A guarantee of a residing address, and a travel ban were the conditions of Alkhawaja’s release. She is also due in court at the beginning of next month, to face charges of assaulting a police officer, which she denies.

Khalid Ibrahim, the Gulf Centre for Human Rights (GCHR) co-director, said: “We call on the government of Bahrain to immediately drop the charges and free her without conditions.”

This week BCHR and GCHR wrote an open letter to Abdulhadi Alkhawaja urging him to end his hunger strike as his life is at serious risk due to prolonged starvation. He also undertook a hunger strike in 2012 which lasted for 110 days.

Abdulhadi Alkhawaja responded from prison yesterday. Thanking his friends for their concern, he added: “But as the world can see we’re in a situation where our only choice to demand rights and freedoms is by risking our lives.”

Ibrahim added, “Abdulhadi should also be freed, along with other wrongfully detained human rights defenders who have been targeted as a result of their peaceful and legitimate activities in defence of human rights.”

Yesterday, Americans for Democracy and Human Rights in Bahrain (ADHRB) and Bird, along with co-sponsors from several NGOs, hosted an event at the 27th session of the United Nations Human Rights Council in Geneva, entitled Tracking Bahrain’s UPR (Universal Periodic Review) Inaction Through 2014.

Alwadaei said the event received good coverage, and it was very beneficial for political prisoners in Bahrain. “It was a place where they would hear their voice, where they will basically believe that they are not on their own in this struggle, there is an international community monitoring so they are not isolated,” he told Index.

Also this week, women’s rights defender Ghada Jamsheer was arrested and detained on charges of defamation on Twitter. GCHR and BCHR say her online blog has been blocked in Bahrain since 2009, and they believe these recent charges to be a direct violation of her human rights.

This article was posted on 19 September 2014 at indexoncensorship.org