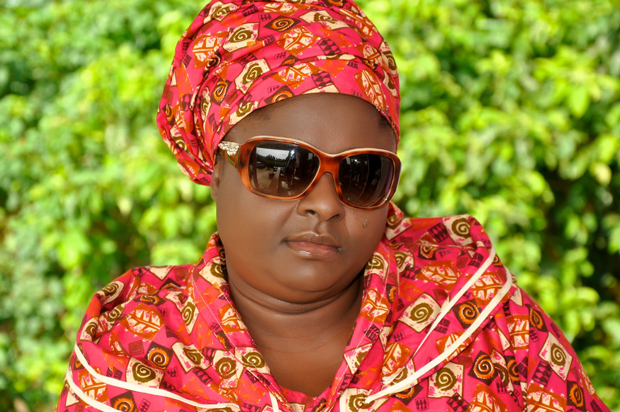 Lady Apostle Helen Ukpabio is a pastor, author, film producer, actress, artist, composer and singer and founder of Liberty Foundation Gospel Ministries, based in Calabar, Nigeria. She is also, as one would suspect of someone with such a CV, possessed of admirable chutzpah.

It emerged this week that Ukpabio is threatening to sue the British Humanist Association to the tune of half a billion pounds (to be precise, £500,010,500 in costs and compensation). Ukpabio claims that the BHA, and their companions at the Witchcraft and Human Rights Information Network, have defamed her. Her specific claim against the BHA is that an article on its website claimed she believed that noisy babies may be possessed by Satan.

The article, which appeared in July 2009, says that Ukpabio wrote in her book, Unveiling The Mysteries Of Witchcraft, that “A child under two years of age that cries at night and deteriorates in health is an agent of Satan”.

In this, the article is mistaken. Ukpabio’s book does not seem to contain this sentence. Rather, under the heading “How To Recognise A Witch”, Ukpabio writes: “Under the age of two, the child screams at night, cries, is always feverish suddenly deteriorates in health, puts up an attitude of fear, and may not feed very well.”

This is not, you will see, the same. But a misquote is one thing; a libel is quite another.

This is the stuff of a particularly heated thread on a Dungeons and Dragons board. It is not an argument that has a place in a chamber at the Royal Courts of Justice, in spite of that building’s Gormenghastish architecture.

That’s not the only reason the case shouldn’t come to court: the article in question was published over five years ago, apparently without ill effect on the lady Ukpabio. She admits to not having seen the article on the BHA website until earlier this year.

Her complaint, in reality, is not about the 2009 article, or the difference between satanic possession and witchcraft. Ukpabio’s underlying complaint is about a campaign to have her banned from the country in April 2014. It is the coverage of her controversial trip to Britain in April that her lawyer claims caused her to suffer reputational injury.

So why, rather than attack the numerous news outlets who reported negatively on her UK visit, during which a London venue cancelled her booking after being alerted to her witchfinding and exorcising activities, is she instead pursuing threatening humanists?

At the World Humanist Congress in Oxford last month, Nigerian delegates such as the brilliant, brave Leo Igwe, spoke passionately about preachers and witchfinders like the Lady Apostle. While in Britain “militant atheist” has become a term of abuse associated with the gauche tweets of Professor Richard Dawkins, in Nigeria, a forthright approach to religion and the abuses carried out in its name is a necessity. Humanists there are not fighting semantic battles; rather, they are engaged in a real struggle to save children and vulnerable people from accusations of witchcraft and possession: accusations that could lead to them being thrown out of their homes, beaten and even killed.

What scant support Nigerian activists receive comes from the international atheist and humanist community. While I would not cast doubt on western humanists’ solidarity with their Nigerian comrades, a costly court case would make anyone think twice before getting involved in faraway struggles again.

To grant Ukpabio’s claim any credence would be to severely inhibit the struggle against dangerous superstitions in Nigeria and elsewhere in Africa. To even get involved in an legal argument over whether satanic possession is worse than witchcraft would grant a glimmer of legitimacy to the abuse of children in the name of God. That is reason enough for the English High Court to dismiss the Lady Apostle’s ludicrous lawsuit.

This article was posted on Sept 4, 2014 at indexoncensorship.org