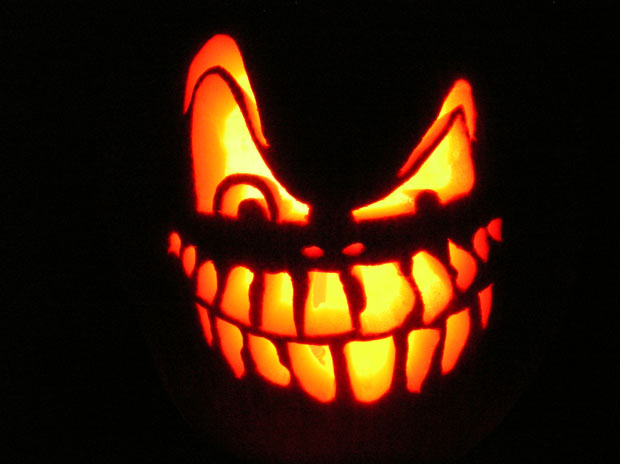 On 9 February 1986, the late Ian Paisley stood to deliver his sermon at the Martyr’s Memorial Church in Belfast.

Paisley was, as usual, horrified by the world. That particular week he had one thing in mind: “Rock music is satanic,” Paisley told the assembled. “Let me repeat that, rock music is satanic, and those who have studied it have proved that conclusively.”

The reverend’s attention had been drawn back to rock music by the visit to Belfast of heavy metal singer Ozzy Osbourne. Osbourne had, Paisley intoned, been “sacked by another satanic organisation called ‘Black Sabbath'” for his drinking. And now this man was on Paisley’s territory.

“[It] is the intention of the devil to carry the battle for youthful minds, for youthful hearts and for youthful bodies. The citadel of man is his soul, and the battle is on in this city for the souls of the youth of our city.”

Paisley was a man capable of seeing demons everywhere but in himself, but he was not alone in his conviction that satan himself was acting through music and other media to destroy young minds (though he may have been alone in his later belief that line dancing induced lustfulness).

The mid 80s and early 90s were a time when many people seemed convinced that pop musicians were having weekly conference calls with beelzebub on how to corrupt and destroy the world’s youth. Osbourne’s fellow Brummie rockers Judas Priest found themselves accused of causing the suicides of two young fans by planting subliminal messages in their records.

(Meanwhile, in an atmosphere of moral panic, Tipper Gore and her comrades at the Parents Music Resource Center were diligently seeking out the rude bits on every record released and taking careful note, like schoolboys who’d found a discarded copy of Lady Chatterley’s Lover.

Pressure from the PMRC would lead to the “Parental Advisory: Explicit Lyrics” stickers put in the cover of every fun record released between 1985 and 1995, and contributed to the atmosphere where Miami Bass act 2 Live Crew found themselves in the dock for obscenity over their album As Nasty As They Wanna Be, the lewd content of which even the black and white stickers did not provide adequate warning for, it was claimed. Aptly, the song S&M on the 2 Live Crew album Move Somethin’, which preceded As Nasty As They Wanna Be, contained the lyric “I’m a disciple of Satan, with work to do”.)

One could argue that it’s a bit much to call your band Black Sabbath and then complain about being demonised. But it’s not just bat-biting metal bands that have faced accusations of evildoing.

William Friedkin’s The Exorcist, based on the novel of the same name, is one of the most Christian films ever made. Portraying the demonic possession of a young girl, what’s fascinating in watching The Exorcist now is how little of it is actually concerned with the “exorcism” itself. Huge chunks of the film are used in watching the priest Father Damien Karras explore every other avenue for the girls physical and mental state apart from possession. It is only in the last third of the film that the exorcist of the title appears, and the demon possessing the child is finally defeated. “You can have all the education and science you want,” The Exorcist suggests, “but only faith in God will save you from evil.”

This message would, you think, find favour with Christians. And yet Pastor Billy Graham, one of the UK’s most powerful preachers at the time of the film’s release in 1973, was appalled by The Exorcist. According to William Peter Blatty, who adapted the screenplay for The Exorcist from his own novel, Graham believed “’There [was] a power of evil in that film, in the fabric of the film itself.” Protestant evangelist Graham’s view of the film may not have been helped by it’s overt Roman Catholicism.

The Catholic church itself has recent form in perceiving satan at work. In 2003, then-cardinal and future pope Joseph Ratzinger reportedly denounced JK Rowling’s Harry Potter books as a “subtle seduction” which had “deeply unnoticed and direct effects in undermining the soul of Christianity before it can really grow properly”.

Later, in 2008, a Catholic academic put it rather more bluntly. Writing in the Vatican’s L’Osservatore Romano newspaper, Edoardo Rialti commented that: “Despite the values that we come across in the narration, at the base of this story, witchcraft is proposed as a positive ideal.

“The violent manipulation of things and people comes thanks to knowledge of the occult.”

Happily, like many an exhausted parent before it, the church eventually came to love the boy wizard and his Blytonian adventures. By the time the film of Harry Potter and the Half-Blood Prince was released, L’Osservatore Romano was full of praise, saying: “There is a clear line of demarcation between good and evil and [the film] makes clear that good is right. One understands as well that sometimes this requires hard work and sacrifice.”

By this time, again like many an exhausted parent, the Vatican had moved on to the new territory of the Twilight saga. One Monsignor Perazzolo of the Vatican’s Pontifical Council warned that the vampires v werewolves film’s occultery could create a “moral void more dangerous than any deviant message”. This, of course, was the same series that faced heavy criticism for creator Stephenie Meyer’s apparent Mormon undertone of sexual abstinence.

Satan and the occult trump all when hand wringing is to be done, with the sole exception of accusations of paedophilia (the history of real, dangerous and false allegations of paedophilia linked to satanic ritual in the UK is for a separate article). The very personification of evil is still a significant presence even in our secular lives. But he is invoked more often than not by those who wish to see his hand in simple things they do not like or do not understand.

This article was posted on 30 October 2014 at indexoncensorship.org