NEWS
How cartoonists responded to the attack on Charlie Hebdo

People around the world show solidarity with the French satirical magazine 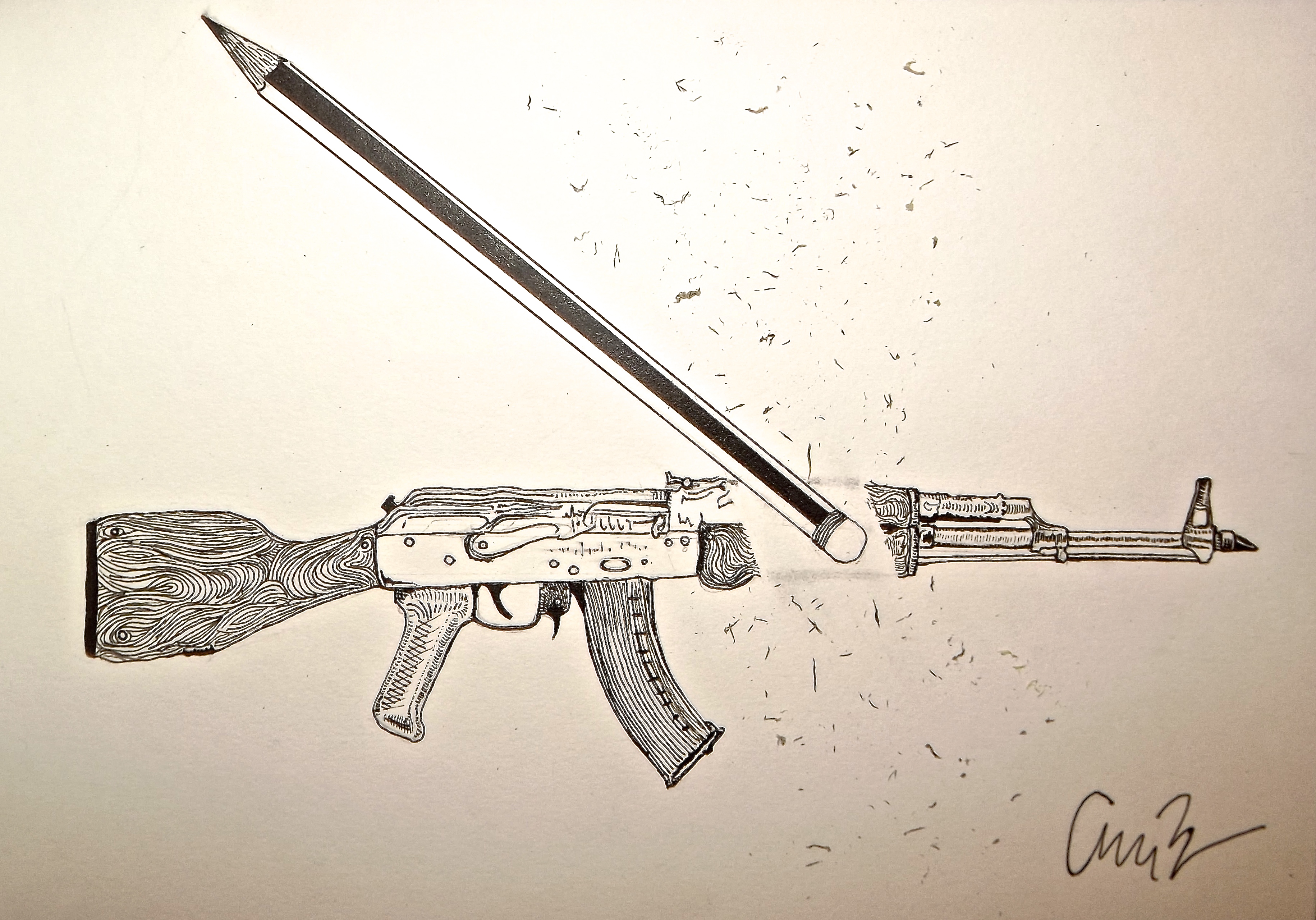 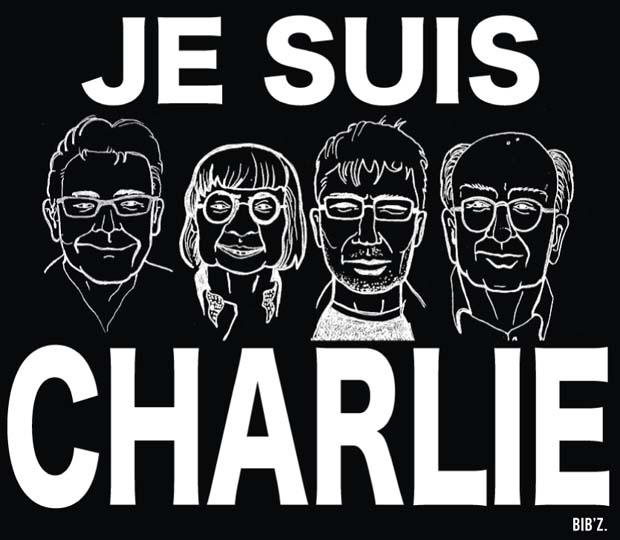 They Are Charlie: a tribute to cartoonists Bernard Verlhac aka Tignous, Jean Cabut aka Cabu, Stéphane Charbonnier aka Charb and Georges Wolinski by French artist Bib’z.

Armed men attacked the offices of French satirical magazine Charlie Hebdo on Wednesday. They killed two police officers and ten members of the magazine’s staff, including cartoonists Stéphane Charbonnier aka Charb, Jean Cabut aka Cabu, Georges Wolinski and Bernard Verlhac aka Tignous. The magazine has been targeted in the past over its controversial cartoons, including ones featuring the Prophet Mohammed. In 2011, the office was firebombed.

Index has condemned the appalling attack, saying there is nothing that could justify it. “The ability to express ourselves freely is fundamental to a free society. This includes the freedom to publish, to satirise, to joke, to criticise, even when that might cause offence to others. Those who wish to silence free speech must never be allowed to prevail,” added Index CEO Jodie Ginsberg.

Throughout the day, people from across the world have showed solidarity using the hashtag #JeSuisCharlie, while many cartoonists have supported the magazine through their art.

“Cartoonists are among the first people targeted by extremists and fundamentalists for poking fun at the sacred cows of our societies. Humour and satire are tools that close minded extremists have little defence against except by the use of weapons and murder,” Dr. Robert Russell, executive director of Cartoonists Rights Network International said in a statement. 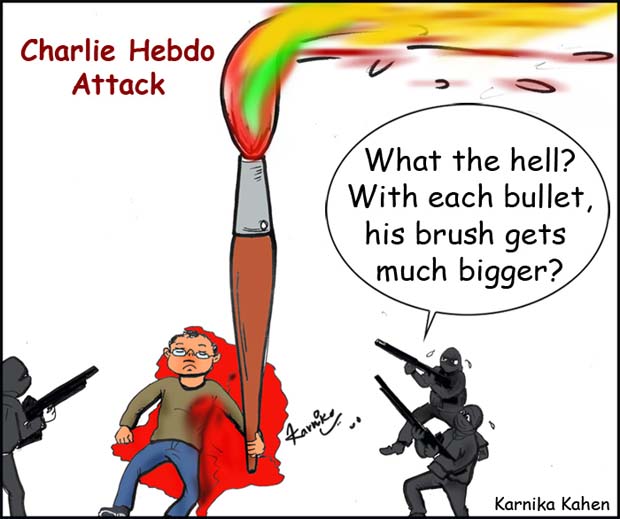 “I feel very sad, horrified and hopeless after hearing this news,” Indian cartoonist Kanika Mishra, who drew the piece above, told Index. “One year ago, I was facing such threats when I made cartoons on [charismatic guru] godman Asaram but I never took those threats seriously. I never knew some blind followers and extremists can go to such extent. Whole world should be united against such horrific attacks on freedom of speech and its high time that we should start talking about a global policy for protecting the rights of every artist in the world.”

Martin Rowson, cartoonist for The Guardian, The Independent and Index among others, added that “we need above all else to laugh these blood-stained clowns back into the dustbin of history, and urgently.”

Below is a selection of the cartoons being shared on social media.

Can’t sleep tonight, thoughts with my French cartooning colleagues, their families and loved ones #CharlieHebdo pic.twitter.com/LqIMRCHPgK

Spanish cartoonists are sharing this image with the message: “To arms, companions!” via @sicevis #CharlieHebdo pic.twitter.com/hQqPJMQeV5

This article was published on 7 January and updated on 8 January 2015 at indexoncensorship.org