LETTER
Seymur Hezi: Letter from an Azerbaijani prison
16 Jan 2015
BY INDEX ON CENSORSHIP 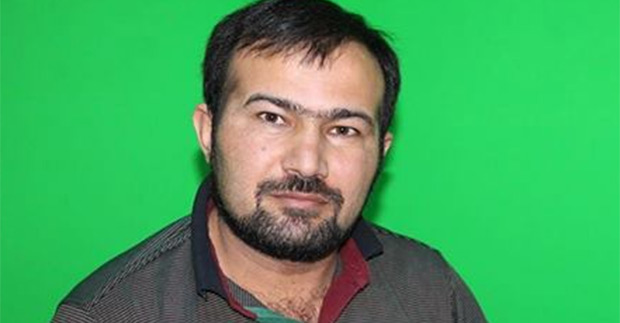 Journalist Seymur Hezi, who works for Index award-winning Azadliq newspaper, is in prison awaiting trial. Hezi was arrested on trumped-up charges of hooliganism on 29 August 2014. The journalist denies the charges, says they are politically motivated and are linked to his work.

Hezi has shared a letter with Meydan TV:

I feel good in the prison. I have no complaints in regard to my health and general mood. There is nothing different besides that I miss my friends and relatives. I think about what is going around and read much. I wouldn’t like to waste my time. I don’t know how much time I’ll spend here, so I don’t want to lose this period. My advice to the youth in freedom is that, wasting time for nothing is unacceptable, whatever the conditions are.

Sometimes I get some newspapers. Recently, I’ve read in one of them the letter Khadija Ismail wrote from the prison and I was impressed. Maybe, the very first reason is that we are very close here from the viewpoint of distance. Here, in Kurdakhany, the distance between us may be some 100 feet, only. Maybe, even less. The author of the letter is kept some 100 feet away me.

I possess strange feelings after reading her letter. The letter full of will and determination has been written by a woman. An Azerbaijani woman. You know that we had many of such determined and strong-willed women in our history. But such determination and will of struggle in a woman in prison… It is a true historical event. It is the history of our will, determination and decisiveness. Particularly, of our women…

Khadija Ismail is one of the greatest examples of righteousness truthfulness and the direct expression of true words. For her, there is only truth and nothing else and it is right, whatever the arguments are. It is right despite of all obstacles in front of her. She is being tested for it every single day.

I don’t know whether we owe it to extreme patriarchal state of our society or something else, expressing the power, endeavor and bravery of a woman, our fathers have always said: “Sheis a woman like a man”. Today, observing a woman like Khadija, we can change this saying. For expressing the manhood and will of a man, I would say: “He is a man like the Azerbaijani woman” or more correctly: “He is a man just like Khadija”.

My greetings to my friends and relatives. I kiss and hug all of you. Wish to reach beautiful days of freedom. Earlier or later, we will meet soon. I love you.

This article was originally posted on 14 January 2015 at meydan.tv. It is reposted here with permission.