NEWS
Ali Abdulemam: I have not lost my identity. I am Bahraini.
11 Feb 2015
BY INDEX ON CENSORSHIP 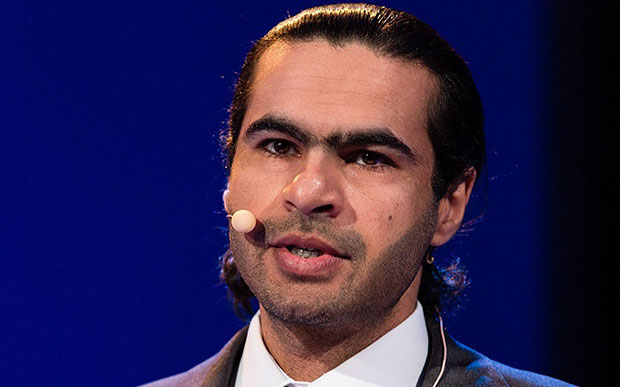 Ali Abdulemam is a Bahraini blogger and founder of Bahrain Online, a pro-democracy news website and forum. He is also a member of research and advocacy group Bahrain Watch and a human rights defender with Bahrain Center for Human Rights. In August 2010, Abdulemam was arrested by Bahraini authorities, accused of “spreading false information” and imprisoned. He was released in February 2011 and subsequently went into hiding following anti-government protests and a crackdown by the government on protesters. Convicted in absentia for plotting to overthrow the government, Abdulemam was sentenced to 15 years in prison. In 2013, Abdulemam was granted political asylum in the UK.

Last week, Bahrain revoked Abdulemam’s citizenship along with another 71 Bahraini citizens, many of whom are journalists or bloggers. This is in contravention of Article 15 of the Universal Declaration of Human Rights, which states: “Everyone has the right to a nationality. No one shall be arbitrarily deprived of his nationality nor denied the right to change his nationality.”

This is Abdulemam’s reflection on losing his citizenship.

When I first registered on Facebook back in 2005, I wrote in my biography “Lost Identity”. It wasn’t an expectation of what is going to happen to me 10 years on, so much as expressing my thoughts regarding “identity”, and how it works in everything around me, how it affects me, affects my way of thinking, the way I look into other people, the way I define things, this century we can call it the “Identity Era”.

I first heard the news about the stripping of my nationality while I was talking with a friend on the phone. A popup message in Whatsapp appeared, saying: “Urgent. 72 citizenships revoked.” I told him “I think my citizenship has been revoked” and he laughed at me. Hearing him laughing I opened the link to see the names and scrolled down to No. 49 and there was my name “ Ali Hasan Abdulla Abdulemam”. I confirmed it to him. I said: “I think yours is also there” and scrolled down to No. 70. It made him stop laughing when I told him: “Your name is there as well”.

The first thing I did it was to tweet: “When I woke up this morning I was Bahraini, and when I wake up tomorrow I will be Bahraini”. I am sticking with my identity. I don’t want to leave it. Now, I have my own definition of the “identity” that I love and the main part of this identity is not “lost” it is “BAHRAINI”. It is not for the government to give it or take it away, it is not for them to take me from my roots, I will not accept to be unrecognised by the world. I will keep telling myself, my kids, and my friends that I am from the country that created the “Lulu” revolution (the uprising of 2011 named after the Pearl or Lulu Roundabout that was the site of demonstrations against the government).

“What does it mean to be Bahraini?” is a question with different answers depending on the time you want the answer. I got to know the real meaning of this question when I first left jail at the end of February 2011 at three in the morning and went directly to Lulu square where the protesters were freely sleeping in peace. I felt the dignity and smelled my real “identity” which I almost lost inside prison, when they tortured and threatened me. I felt they were targeting my identity not targeting me personally: those officers who imprisoned and tortured me didn’t know me, hadn’t met me before, they had a problem with me being different from them, they wanted me to be like them.

Now I am stateless, I don’t know how I will be able to visit my aged mother, my brothers, sisters and my friends. There are so many places I love in Bahrain that I can’t imagine I will die before I visit them again: that beach I use to play in it when I was kid, that unpainted wall with graffiti that says “the parliament is the solution” from the 1990s. I still want to take a selfie with it. I miss going to Spalion cafe where my friends are still gathering to share stories and chat about culture, politics, religion etc. and again to ask Abbas the waitress for “one bastard tea”. The most important place I want to visit, and spend as much time as I can is the cemetery where my father has rested in peace for the past six years. I haven’t been there for almost five years; my father is the first person who taught me what is meant to be Bahraini.

There is a proverb my father used to tell me when I was a child: “Those who disown their roots, don’t have any”, and that’s what I want to tell my nine year old son. I will point his finger to that beautiful, tiny island in the gulf and tell him “Your father came from here, and here where we belong”. I refuse to recognise this decree by the king, I will keep writing I am Bahraini in any application form. I will not accept to be “Lost Identity” again, I have an identity and I am proud of it.

This article was originally posted on 11 February 2015 at indexoncensorship.org