NEWS
Padraig Reidy: There is not a limited amount of free speech to go round
26 Feb 2015
BY PADRAIG REIDY 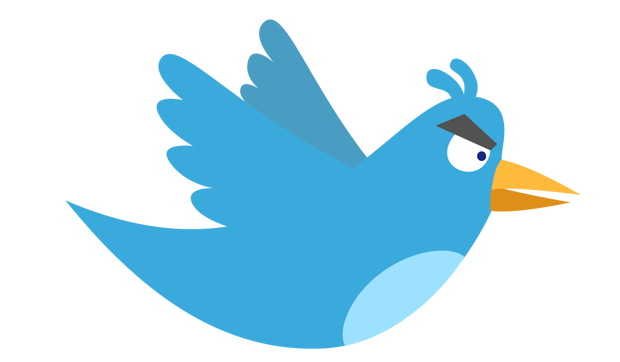 There is, I am told, a war going on in feminism. A war between “intersectionalists” (I think) and TERFs (Trans-Exclusionary Radical Feminists, as far as I can tell).

I am not about to stick my oar into this particular boating lake, for two reasons:

Reason 1. Self-awareness. I am a white middle class western European media professional, north-London dwelling male, born in a time when there is little chance of conscription. I am practically the most privileged thing that ever existed, and the last thing people struggling for equality need is me, turning up, cheerily shouting “Only me!!!” like Harry Enfield’s Mr-You-Don’t-want-to-do-it-like-that, and telling people how to do a real feminism. That is not to say I do not have a right to have an opinion, but…

Reason 2: lurking in that apparently placid boating lake are piranhas, reading to chew up and spit out any oarsman (or woman) who does not know every ebb and eddie of the lake.

It’s a horrible sight to see. Every so often some poor naive jumps in their little pleasure boat, having been assured by the man that it’s perfectly safe, and rows happily to the middle of the lake. You watch from the shore. They wave back. What’s that sound? They’re singing Sister Suffragette from Mary Poppins, their rowing keeping a brisk beat with the jaunty marching tune. “Shoulder-to-shoulder” and-stroke-and-stroke.

Unbeknownst to them, the piranhas have smelled blood. They row on. Gleefully, they reach the crescendo: “Our daughters’ daughters’ will adore us…”. They raise their hands to punch the air. An unattended oar slips into the water. The piranhas stir. Daughters? That sounds like determinism. The water begins to froth. The poor unsuspecting oarsman (or woman) is still singing. Eventually they catch the commotion in the corner of one eye: they hear it grow louder, under the boat, which now seems irresponsibly flimsy.

They sing still, but now in trepidation: “No more the meek and mild subservients we!”.

A final defiant shriek from a the near-eviscerated pleasure seeker, and then there is nothing. The waters are calm once more.

We tut, from the shore. Such a shame, such a loss. Did you see the cowbell dog?

That’s one version, but then try to see it from the fishes’ point of view. Fish have got to live. Piranhas have been, for years, maligned as a generality by the mainstream. The very word “piranha” is thrown around as an insult. Piranhas are irrational, illogical, even abominations against nature. And of course, there is more than one type of piranha, and not every piranha has the same experience of what it’s like being a piranha. Piranha identity is complex, to say the least. But that doesn’t mean piranhas shouldn’t bond together and work together. What outsiders view as a “feeding frenzy” is actually the best – only – way piranhas can continue to exist safely.

Besides, the piranhas grew up in this lake. They know it like the back of their fins – how to navigate, how to communicate. If anyone’s in a wrong place in the boating lake, it’s not the piranhas.

This is not an unreasonable case. The question then (and here’s where the horrendous tortured boating lake analogy comes to an end, you’ll be pleased to know) is: Was George Bush right? Can the human beings and the fish coexist peacefully?

The issue emerged again recently with a terse exchange of letters in the Observer newspaper, which followed the cancellation of a show by comic Kate Smurthwaite at Goldsmith’s college. Smurthwaite said she’d been banned because some university feminists who are pro sex work were threatening to protests against her anti sex work views, and the college security didn’t want the hassle.

A letter was put together, as letters are, decrying campus censorship and the narrowing of debate (with specific mention of the National Union of Students’ policy of “no-platforming” feminist Julie Bindel for statements on trans people). There was a response, disputing the facts of the first letter and suggesting that there are bigger campus free speech issues – around student protest for example – than whether certain already powerful people can take part in a panel debate or a comedy show.

The problem here is the commodification of free speech: who is allowed it and who isn’t, and, in hierarchical societies (i.e. pretty much every society we’ve come up with so far) who grabs it as theirs and who should be granted more in order to even things out, and who can “use” free speech against whom.

This is to treat free speech as a weapon rather than a space. There is not a limited amount of free speech to go round: rather, there is a (hopefully) ever-expanding free speech arena in which we can argue. The signatories of both letters have actually identified the same problem, the narrowing of the space, particularly in education. Perhaps it would be beneficial for them to defend the space in which to argue rather than trying to push the other side overboard.

This article was posted on 26 February 2015 at indexoncensorship.org