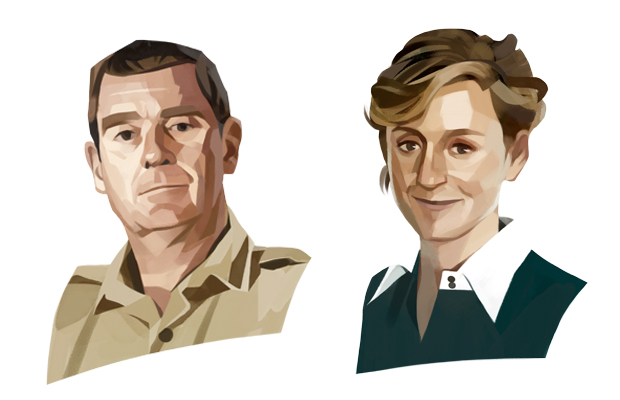 Martha Lane Fox and retired Major General Tim Cross debate how far governments go when balancing individual rights and safeguarding the nation. This is an extract from a longer feature in the latest issue of Index on Censorship magazine.

When it comes to balancing national security and personal privacy, I believe that your personal data should be your personal data, and that action should be taken based on a case that can be proven, as opposed to looking at everyone in society’s movements and then targeting those who stand out. I am not a fan of the world we seem to be ending up in, and I don’t necessarily believe that it is because of anything malicious. I think it would be better to have a system where your data is your personal property, and there then have to be the same restrictions applied as would be the case if someone wanted to enter your home and go through your belongings or intercept your post.

Like fighting terrorism, governments have to “fight” with one hand tied behind their backs, but they cannot fight with both hands tied as some would clearly prefer. Individuals will understandably not want governments interfering with, or prying into, their personal privacy, but no one will thank any government if the banking system or consumer supply chains were to collapse. Monitoring cyberspace now forms a key part of any government responsibilities, and is (or should be) included in any national security strategy.

This said, if people fear the state is holding too much data on them unnecessarily and (rightly) demand some semblance of control over what happens with that data, then government is the least of their worries. Leaving aside the fact that government resources are scarce, the idea that some government employee is sitting in a room somewhere carefully sifting through everyone’s email is fanciful. Intelligence and law enforcement have to meet certain criteria including necessity, proportionality and justification. This is absolutely the way it should be. But private firms have no such restrictions in place. Government intelligence and law enforcement agencies are rightly burdened by layers of legality, including authorisations, justifications and audit trails, but big corporations, particularly those whose primary public interface is through cyber means, use and exploit personal details for a wide variety of reasons. While these may sometimes include improving their services, more unpalatably they sell details on to third parties. This is absolutely endemic. Many companies will not allow customers to use their service unless they agree to terms and conditions that essentially mean losing control of their personal details and allowing them to be sold on to the highest bidders. The primary concern of business is making money. Not so with governments, whose intelligence and law enforcement agencies are about deterring/catching enemies and protecting the public.

To read the rest of the debate, click here to subscribe to Index on Censorship magazine. Or buy an individual issue. Or subscribe to the app (free 30-day trial).

Major General (Rtd) Tim Cross (CBE) was commissioned into the British Army in 1971.
He served in Northern Ireland, Macedonia, Albania and Kosovo. He was also the British deputy to the US-led Office of Reconstruction and Humanitarian Affairs, later re-titled the Coalition Provisional Authority. He is chair of the think-tank Theos

Martha Lane Fox is chair of Go On UK, a digital skills charity which helps people to get online. She co-founded travel website lastminute.com, and in 2013 became a crossbench peer in the House of Lords