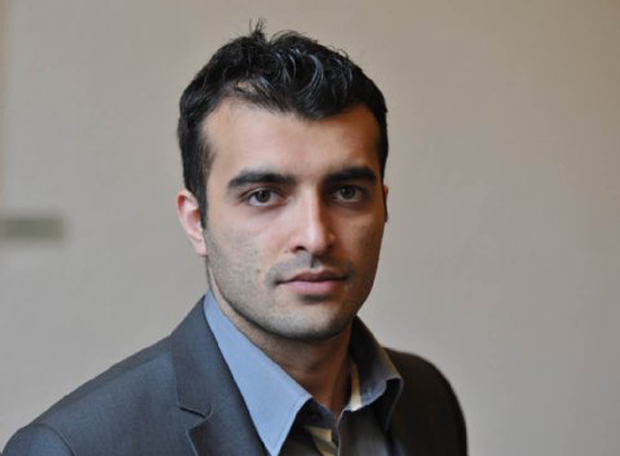 The Sport for Rights coalition resolutely condemns yesterday’s sentencing of Rasul Jafarov, a prominent Azerbaijani human rights defender, to 6.5 years in prison on politically motivated charges. The coalition calls for his immediate release.

“This is just the latest example of the brutal crackdown on civil society by the host government of the forthcoming European Games,” said Thomas Hughes, Executive Director of Article 19. “This ridiculous sentence is a punishment for Jafarov’s human rights activism. The authoritarian regime in Baku are scared of the attention Jafarov would bring during the high profile sport events they are proudly hosting – the European Games in June this year and the Formula One Grand Prix in 2016”.

The coalition calls for the EU and its Member States to impose targeted sanctions – for instance visa ban– against those members of the regime who systematically abuse fundamental human rights of citizens of Azerbaijan. At the same time, given the unprecedented human rights crisis in Azerbaijan, the coalition calls for the European Olympic Committee to establish a working group to examine specific cases of right abuses that violates the spirit and letter of the Olympic Charter and the atmosphere of the first European Games.

“A robust response from the European Olympic Committee is required, together with sanctions from the European Union and United States. This is the only way to bring about the release of Rasul Jafarov and other political prisoners, including prominent human rights defenders Leyla Yunus, Emin Huseynov, Anar Mammadli, award-winning investigative journalist Khadija Ismayilova and well-known politician Ilgar Mammadov” , said Emma Hughes of Platform London.

“The Baku games should not be used as a means to blind the wider world to the appalling treatment being meted out to journalists and activists in Azerbaijan. The international community must unite in condemning the Azerbaijani government and in calling for the immediate release of Rasul Jafarov and his compatriots.”, Index on Censorship CEO Jodie Ginsberg said.

“The authorities of Azerbaijan has now come to an absolute low point of the regressive trend we have seen over the past years. An even lower point will be reached with the expected sentencing of human rights lawyer Intigam Aliyev next week. We expect governments, international organisations and corporate businesses that have relations with the Azerbaijani government to hold Azerbaijan accountable and react firmly. Profound actions and sanctions must be taken as a response to Azerbaijan’s severe crackdown on independent civil society and human rights defenders – and to Azerbaijan’s total disrespect of international agreements and responsibilities,” urges Maria Dahle, Executive Director of the Human Rights House Foundation (HRHF).

On 16 April 2015, Rasul Jafarov was sentenced to 6.5 years in prison by the Baku Court of Grave Crimes. He is also prohibited from holding any office for 3 years. He was convicted under Articles 192 (illegal business), 213 (tax evasion) and 308 (abuse of power) of the Criminal Code of Azerbaijan. During the trial, all the prosecution witnesses testified in his favor, and the prosecution failed to prove his guilt.  After the verdict, Jafarov reiterated that the charges against him are politically motivated and fabricated.

Jafarov’s work has focused on violations of the right to freedoms of expression, assembly and association. At the time of his arrest in August 2014, he had collected information on over 100 cases of political prisoners in Azerbaijan. He had also called for the foundation of a new NGO coalition, “Sport for Rights”, to raise awareness on Azerbaijan’s human rights record in the run up to the European Games in Baku.

With his colleagues and allies, Rasul Jafarov has advocated for the dozens of journalists, activists and human rights defenders who are behind bars on illegitimate grounds.  As a result of relentless repression enacted by the Azerbaijani government, key human rights activists and journalists have been jailed, exiled, or forced into hiding.

The next person to be sentenced in Azerbaijan is the human rights lawyer Intigam Aliyev. He has filed numerous cases with the European Court of Human Rights and as leader of the Legal Education Centre trained a whole generation of lawyers in Azerbaijan. He was awarded with the Homo Homini Award in 2012. He is charged with the same charges as Rasul Jafarov. The next hearing in his case will be on 21 April 2015 and he might be sentenced the following day with up to 10 years imprisonment.

For example, well-known Azerbaijani human rights defender Emin Huseynov has been in hiding in the Embassy of Switzerland in Baku for almost eight months. He sought shelter at the Embassy in order to avoid imminent arrest on fabricated charges—an act of revenge by the regime in response to his criticism of Azerbaijan’s poor human rights record in the international arena. Emin faces charges under three articles of the Criminal Code of Azerbaijan: articles 308 (abuse of office), 213 (tax evasion) and 192 (illegal business).

Hard-hitting investigative journalist Khadija Ismayilova has been thrown into jail on similarly fabricated charges – embezzlement, illegal business, tax evasion, and abuse of power. She has been in pretrial detention since December 5 on a separate charge of inciting a man to commit suicide. As reported by the Committee to Protect Journalists (CPJ), a member of the Sport for Rights coalition, Azerbaijan is the leading jailer of journalists in Europe and Central Asia with at least eight journalists in prison.

Another prominent critic of the Azerbaijan regime, Leyla Yunus, who was calling for the boycott of the European Games due to Baku’s appalling human rights records, was arrested on 30 July on trumped-up charges of treason and other crimes. Her husband, Arif Yunus, faced travel restrictions until he too was arrested on 5 August, on similar charges.  Leyla, who—has been denied necessary medical attention since her arrest, is currently being held in a detention center in Baku, just a few miles from the arena where the European Games will soon be inaugurated.

The Sport for Rights coalition demands the immediate release of Rasul Jafarov and other human rights defenders and activists in Azerbaijan, and calls for robust sanctions against Azerbaijan unless the government takes concrete steps to halt this crackdown.

Sport for Rights Coalition including:

Rasul Jafarov is a lawyer and prominent human rights activist based in Azerbaijan. He is the founder and chairman of the Human Rights Club and coordinated the ‘Sing for Democracy Campaign’, which used the publicity surrounding the Eurovision Song Contest 2012 in Baku to shed light on the human rights situation in Azerbaijan. In October 2014, Rasul Jafarov, together with other prominent Azerbaijani human rights activists, was awarded the Andrei Sakharov Freedom Award by the Norwegian Helsinki Committee. In the same year, he was nominated for the Human Rights Tulip Award, an accolade presented by the Netherlands Ministry of Foreign Affairs to courageous human rights defenders who promote and support human rights in innovative ways.

Rasul Jafarov was arrested on 2 August 2014 and subsequently charged with illegal entrepreneurship, tax evasion and abuse of office. On 12 December 2014, additional charges were brought against him, including embezzlement and forgery. At a hearing on 9 April 2015, the prosecutor recommended a prison sentence of 9 years.

An analysis of trial procedures conducted by the Helsinki Foundation for Human Rights (HFHR) and the Netherlands Helsinki Committee (NHC) raises serious doubts whether the defendant’s fundamental right to a fair trialhas been adequately protected.During the initial stage of the trial, the accused and his lawyers already encountered problems in accessing investigation materials. During the first two hearings, Jafarov was brought into court in handcuffs and kept in a metal cage, which hindered communication with his lawyers. On one occasion, guards seated next to the accused during the hearings obstructed communication with his lawyers, in breach of the guaranteed secrecy of such communication. During the trial, Jafarov stated that he had faced ill-treatment—for example, he was deliberately woken up very early on the days of his trial, and kept waiting for several hours in a special (is this the right word? Small?) room. He was transported to the hearings in an overcrowded vehicle.

The prosecution’s arguments concerning the charges were vague. During the trial, the prosecution neither elaborated upon nor justified the charges, in particularly the charges of abuse of office and service forgery, as no evidence of significant damage to the interests of physical or legal persons or national or societal interests (according to Articles 308.2 and 313 of the Criminal Code) was presented. The lack of precision in regard to the charges and the lack of respect for Jafarov’s right to understand and respond to accusation has raised another challenge to procedural fairness.

During the trial, the Court heard more than a dozen witnesses. Although the prosecution considered some of these individuals as victims, the witnesses stated that they did not feel victimized by the defendant and have no claims against him. According to their testimonies, Jafarov paid them regularly and all financial documentation was completed in conformity with Azerbaijani law.  The defence lawyers filed unsuccessful motions to revoke the “victim status” of most of the witnesses. No clear justification for the rejection of this motion was provided. Moreover, during questioning of the alleged victims, the judge commented on their responses and guided their answers. Some of the alleged victims brought documents confirming that they had been paid for their work, but the judge refused to look at this crucial evidence.

The defence requested that the Court conduct an independent expert analysis of the document presented by the prosecution as a proof of alleged forgery by the accused. This motion was rejected by the Court, and so the defence presented the results of forensic analysis stating that the signatures on financial documents and invoices were authentic. Although the court accepted the expert analysis as evidence, it rejected the motion to hear the forensic expert.

The defence also submitted letters from 20 donor organizations stating that all grant funds were spent as intended. In addition, the court was presented with five CDs containing supporting documents. The prosecution opposed the presentation of these documents, arguing that they could be forged. However, the court accepted the defence’s submission.