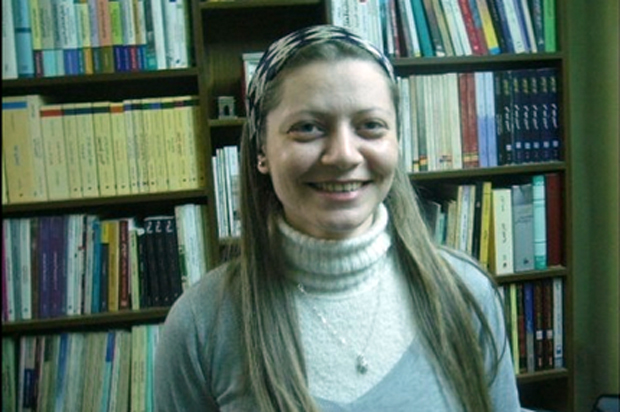 To mark the 38th birthday (on April 29) of missing human rights defender and lawyer Razan Zaitouneh, head of the Violations Documentation Centre in Syria (VDC), winner of the 2011 Sakharov Prize for Freedom of Thought and the 2011 Anna Politkovskaya Award of RAW in WAR (Reach All Women In War), the undersigned human rights organizations today reiterate their call for her immediate release, as well as that of her missing colleagues Samira Khalil, Nazem Hamadi and Wa’el Hamada.

On December 9, 2013, the four human rights defenders, collectively known as the “Duma Four”, were abducted during a raid by a group of armed men on the offices of the VDC in Duma, near Damascus. There has been no news of their whereabouts or health since.

The VDC is active in monitoring and reporting on human rights violations in Syria and the undersigned organizations believe that the abduction of the four activists was a direct result of their peaceful human rights work. Their ongoing detention forms part of a wider pattern of threats and harassment by both government forces and non-state actors seeking to prevent human rights defenders exposing abuses.

In the months prior to her abduction Razan Zaitouneh wrote about threats she had been receiving and informed human rights activists outside Syria that they originated from local armed groups in Duma. The most powerful armed group operating in Duma at the time of the abductions is the Army of Islam headed by Zahran Alloush. In April 2014, Razan Zaitouneh’s family issued a statement saying they held Zahran Alloush responsible for her and her colleagues’ wellbeing given the large presence his group maintained in the area.

The undersigned organizations, as well as other activists, have been calling for the release of the “Duma Four” since their abductions. Today they again urge the Army of Islam and other armed groups operating in the area to take immediate steps to release the abducted VDC staff, or investigate their abduction and work for their release. They further urge governments that support these groups, as well as religious leaders and others who may have influence over them, to press for such action, in accordance with United Nations Security Council Resolution 2139, which “strongly condemns” the abduction of civilians and demands and immediate end to this practice.

Razan Zaitouneh has been one of the key lawyers defending political prisoners in Syria since 2001. She has played a key role in efforts to defend the universality of human rights and support independent groups and activists in Syria. Along with a number of other activists, she established the VDC and co-founded the Local Coordination Committees (LCCs), which co-ordinate the work of local committees in various cities and towns across Syria. She also established the Local Development and Small Projects Support Office, which assists non-governmental organizations in besieged Eastern Ghouta.

Samira Khalil has been a long-time political activist in Syria and had been detained on several occasions by the Syrian authorities as a result of her peaceful activism. Before her abduction, she was working to help women in Duma support themselves by initiating small income-generating projects. Wa’el Hamada, an active member of the VDC and co-founder of the LCC network had also been detained by the Syrian authorities. Before his abduction he was working, together with Nazim Hamadi, to provide humanitarian assistance to the residents of besieged Eastern Ghouta.