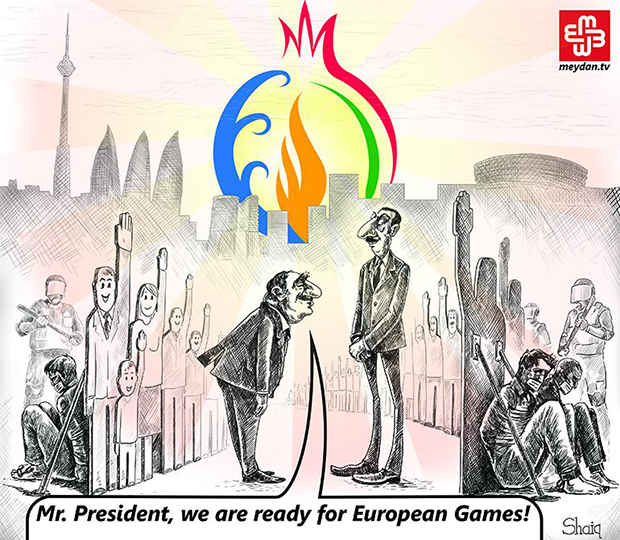 Join Index on Censorship, Sport for Rights, Amnesty International UK, Article 19 and Platform for a demonstration in London calling for an end to the human rights crackdown in Azerbaijan, and the release of the country’s jailed journalists and human rights defenders. This will be part of a series of parallel protests across Europe to mark the opening ceremony of the inaugural European Games. The games will be hosted in Baku, Azerbaijan from 12-28 June.

The demonstration will take place from 10 to 11 am in front of the Azerbaijani Embassy at 4 Kensington Court, London, W8 5DL. Some participants will be coming from an earlier protest, organised by Platform, in front of BP, a sponsor of the European Games.

For more information on the human rights situation in Azerbaijan in the run-up to the European Games, check out Sport for Rights’ Facebook page and Twitter feed.