NEWS
Padraig Reidy: When it comes to public figures, we should err away from caution

This week's intervention by Lord Ashcroft might not be the best example of the old speak-truth-to-power schtick, but being rude about powerful people is very important and even cathartic 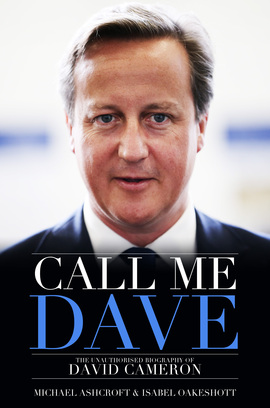 I have been away, with thankfully intermittent internet access limiting my access to top quality prime minister/pig-related punning, so apologies if you see your fantastic pun replicated here. Entirely unintentional.

If you’ve been even more away than me, a quick recap of the story that will never die: Conservative peer Lord Ashscroft, he of the polls, has brought out a book — along with the Sunday Times’ Isabel Oakeshott — about Prime Minister David Cameron. Among the accusations levelled at Cameron are that Conservative colleagues see Libya as “his Iraq”, that he attempted to get a friend off criminal charges and that he listened to Supertramp.

No one cares about any of that stuff at all. The one thing everyone is, frankly, still cracking up about was the revelation in Monday’s Daily Mail (which is serialising the book) that Cameron, while at university, took part in an initiation ceremony for a drinking club which involved putting the parts of a prime minister we shouldn’t think about in a pig’s head. The head, it should be noted, was not attached to a live animal.

This is obviously enormously odd, and hilarious. I’m not about to get po-faced about sexual deviance, or how Cameron is screwing the country even more than he did that pig head, or, as I have seen, ponder the dark occult symbolism of our elite universities. Because, really, it’s not symbolic of anything apart from students being utter, utter clowns.

That is, of course, assuming that it is true. Something that is by no means certain. The source for the allegation is apparently an Oxford contemporary of Cameron’s who is now an MP, who reckons he has seen a photograph of a compromised future prime minister engaging with the hog’s head.

Now, “a bloke I know reckons he saw a photo” may be a decent threshold of proof for a pub anecdote (bonus points if the bloke is upgraded from mere bloke to “my brother’s friend” lending a real tangibility): but this is not presented as a pub anecdote, and as a presentation of proof, it doesn’t really do: it would never stand up in court, as the pig said to the aspiring Piers Gaveston member.

Given that, should David Cameron sue? Tricky business. Fine things that our new libel laws now are, does one really want a court case hinging on whether or not one performed indecencies on swine flesh a lifetime ago? Even if you win, do you want to go down in history as the Prime Minister who definitely didn’t have sex with a dead pig? One may as well buy a t-shirt with “not a wrong ‘un, honest” written on it.

In an interesting Guardian article, Damian McBride, a former spin doctor for Cameron’s predecessor Gordon Brown, wonders why Cameron’s people have not issued an official dismissal of “Piggate”, or any of the other allegation in the Ashcroft/Oakeshott book, pointing out that “In the absence of an instant bucket of water, the story has caught fire over the past two days. Not only that, it’s allowed other newspapers to declare open season on Cameron’s private life, as we see from today’s ‘coke parties’ splash in the Sun.”

I can understand McBride’s point, but I do think that Cameron’s people did the right thing here, mostly because if they start engaging with the specific allegations in the book, sooner or later they come round to having to confirm or deny the porcine partnering. We’re back to square one.

Where’s the free speech rub in this, I hear you ask? Well, there’s the simple fact that you have to be able to take as well as give in these matters. During Jeremy Corbyn’s ascendance to power as Labour leader, many of his followers complained daily of the outrageous “smears” of the dread MSM. In his leadership acceptance speech, Corbyn himself complained of the “most appalling levels of abuse from some of our media over the past three months” apparently suffered by him and his family during his campaign, which seemed to amount to some reheated speculation about the cause for a split from a previous partner and the shocking, shocking revelation that he ate baked beans out of a tin. Before you write in, questioning Corbyn’s public declarations and political associations is a necessary and important function of the press. People who complained about Corbyn’s apparent abuse now seem totally OK repeating allegations made by a wealthy Conservative peer in the pages of the Daily Mail. Which is fine, but just be aware of the mismatch. (To his credit, Corbyn appears to have entirely avoided the topic, though Cameron was lucky that there was no PMQs this week due to conference season).

Public figures will be open to scorn, ridicule, abuse and more. Their every move, from even before they aspired to power, will be pored over for clues and significance (as has been done by, for example, the New Statesman’s Laurie Penny with Cameron’s curious incident avec le cochon). It may happen, as we grow into an age where no one is embarrassable anymore, because they’ve already put everything on Instagram, that these stories will no longer make any sense. But for now they still happen, and on balance, it is good that they do.

When it comes to public figures, we should err away from caution. The extremely wealthy Ashcroft’s intervention with this string of what the KGB used to call Kompromat against Cameron is not perhaps the best example of the old speak-truth-to-power schtick (it’s more power calling other power names because it didn’t get what it wanted — a cabinet post, allegedly), but nonetheless, being rude about powerful people is very important and even cathartic — ask any cartoonist.

The rush of schweinficker jokes may have done little more than lifted the autumn gloom, but it’s strangely satisfying that in a democracy we can openly mock our leaders, safe in the knowledge that whatever they do, they’ll only make it worse for themselves.