NEWS
Your lips are sealed 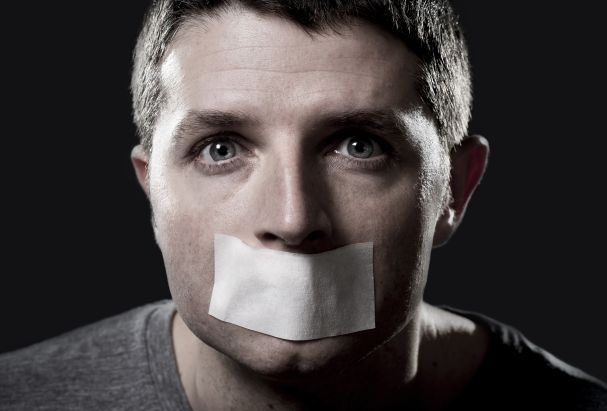 The shock general election result in May gave David Cameron licence to lay out his vision for Britain in the first Conservative Queen’s Speech for almost 20 years. Gone were the concessions to the Liberal Democrats of five years previous, and instead the key planks of the Conservative manifesto were there in full. Expected measures to cut the deficit, reform welfare and introduce an in/out EU referendum were all announced. But, according to many, another common thread ran through the new government’s legislative programme: an assault on free speech.

“We’re deeply concerned that the government says one thing – that it believes freedom of expression is a fundamental British value – but in practice doesn’t believe that and is introducing legislation that could have quite a severe impact on freedom of expression,” says Jodie Ginsberg, chief executive of Index on Censorship, which campaigns against attacks on free speech across the globe.

Critics of the Conservatives’ record on civil liberties point to the resurrection of plans that were sidelined during the last Parliament, largely because of Lib Dem intervention. Privacy activists are alarmed that the new Investigatory Powers Bill may represent the revival of the so-called snoopers charter, allowing the security services access to everyone’s online and social media records. Plans to abolish the Human Rights Act and replace it with a British Bill of Rights have been delayed.

But proposals that have free speech campaigners up in arms are being introduced over the coming months. The Extremism Bill will introduce new banning and extremism disruption orders, giving the home secretary and other agencies the power to intervene against suspected extremist groups, and strengthen Ofcom’s role in tackling broadcasters who transmit extremist content.

Introducing it in May, the Prime Minister said: “For too long, we have been a passively tolerant society, saying to our citizens: as long as you obey the law, we will leave you alone.”

The bill is part of the government’s five-year counter-extremism strategy to combat Islamist extremism and the increasing number of Britons travelling abroad to fight for Islamic State in Iraq and Syria (Isis). A key component of this strategy will be challenging those who promote “non-violent extremism”, said David Cameron in a wide-ranging July speech.

He said: “This means confronting groups and organisations that may not advocate violence – but which do promote other parts of the extremist narrative.

“We’ve got to show that if you say ‘yes, I condemn terror, but the kuffar are inferior’, or ‘violence in London isn’t justified, but suicide bombs in Israel are a different matter’ then you too are part of the problem.” He added that simply condemning Isis atrocities was insufficient, and that “we must demand that people also condemn the wild conspiracy theories, the anti-Semitism, and the sectarianism too”.
A lack of clarity on how the government will define what constitutes non-violent extremism has caused alarm among many in the Muslim community. Dr Shuja Shafi, secretary general of the Muslim Council of Britain, said there was concern that the strategy would “set new litmus tests which may brand us all as extremists, even though we uphold and celebrate the rule of law, democracy and rights for all”.

“The Prime Minister hasn’t given concrete proposals. The home secretary was asked to define extremism and she wasn’t able to do that,” says Mohammed Shafiq, chief executive of the Ramadhan Foundation, a Muslim welfare organisation.

Shafiq questioned which views would be considered beyond the pale. “If, for example, you say you believe in sharia law the Prime Minister is suggesting that will make you an extremist and you could potentially face infringement of your civil liberties by expressing those views. It could be a Muslim who says he opposes gay marriage. Does that make him a bigot? I think it’s a really dangerous erosion of civil liberties.

“My approach is very simple – if you believe in freedom of speech as I do, then the likes of Anjem Choudary, Tommy Robinson and other far-right leaders have the right to express their views, and equally we have the right to challenge, debate and expose them.

“But you don’t defeat extremism by taking away an individual’s ability to put their view across.”

In the speech, Cameron said the ideology that underpins Islamist extremism must be countered by “British values”, such as democracy and the rule of law.

But Ginsberg agrees that having such broad definitions of “acceptable” speech means that it is impossible to know what could be deemed extremist. “[Cameron] has talked very vaguely about British values but does that mean that anyone who questions the current voting system, for example, or the current political set up is being un-British? Or says that they favour anarchy even if they’re not actively advocating violence. Is that unacceptable?

“What’s fundamental about democracy is that you should be able to ask questions and to express views that sometimes will conflict with the prevailing political thinking.”

Other upcoming legislation is also causing alarm to free speech campaigners. The Trade Union Bill has been described as the most radical package of union reforms since the 1980s and dramatically alters how industrial action is called for and carried out. The bill would introduce a turnout threshold of 50 per cent on strike ballots, a 14-day notice period on strikes, allows employers to bring in agency workers to replace striking staff and outlines new regulations on picketing to prevent “intimidation” of non-strikers. It has been bitterly opposed by unions and the Labour Party.

But one small line in an accompanying consultation document to the bill has drawn particular gasps of astonishment. It proposes that unions must inform employers and police 14 days ahead of strike action of any online or social media activity it plans to adopt and whether a loudspeaker or banners will be used on the picket line. Failure to comply could result in an enforcement order being served or a fine. “It would mean there are enormous levels of employer and political scrutiny of trade union protests, beyond what we think is the norm among modern democracies in the developed world.

The worry is that the package of measures in the bill taken together substantially undermine the basic democratic right to strike,” says Nicola Smith, head of economic and social affairs at the TUC.

Although ministers say that restrictions would not apply to individuals, labour groups say that employees who already have little legal protection will feel intimidated and less likely to publicly support strike action. Many also believe it would be unworkable.

“It will be impossible to police. Who can control Facebook or Twitter? Who will monitor that?” says Carolyn Jones, director of the Institute of Employment Rights, a labour movement thinktank. “If one stray person – who may not be in the union – if they send something out, does that mean the strike is then illegal? And then the union has got to run the very expensive, very-time consuming ballots because this is seen to be illegitimate.

“The threat is there – it’s intimidation. What happened to freedom of association? There are so many bits of international law that it would threaten to break. It’s madness – is it proportionate to the problem? No.”

Union concerns are shared by free speech campaigners. “It’s an attack on freedom of expression, it’s a potential attack on freedom of assembly… The idea that you might have to seek permission from government or that government might be vetting the kinds of people who can and can’t say things is extremely worrying,” says Ginsberg.

But the government defended the bill as a whole. A Department for Business, Innovation & Skills spokesperson says: “People have the right to know that the services on which they and their families rely will not be disrupted at short notice by strikes supported by a small proportion of union members.
“The ability to strike is important but it is only fair that there should be a balance between the interests of union members and the needs of people who depend on their services.”

Index on Censorship is to launch a campaign against the Extremism Bill, and unions are resisting the changes to strike laws. But campaigners are gloomy about the prospect of the government changing tack over the long-term and abandoning policies they believe infringe on free speech. “This has been the direction of travel for a long time,” says Ginsberg, particularly in relation to national security. “The problem is that there is only one direction that it’s going in and that’s to restrict further free expression. We’re not seeing any move back or any relaxation of the foot on the pedal.”

This article originally appeared on 23 September 2015 at Big Issue North.

One response to “Your lips are sealed”