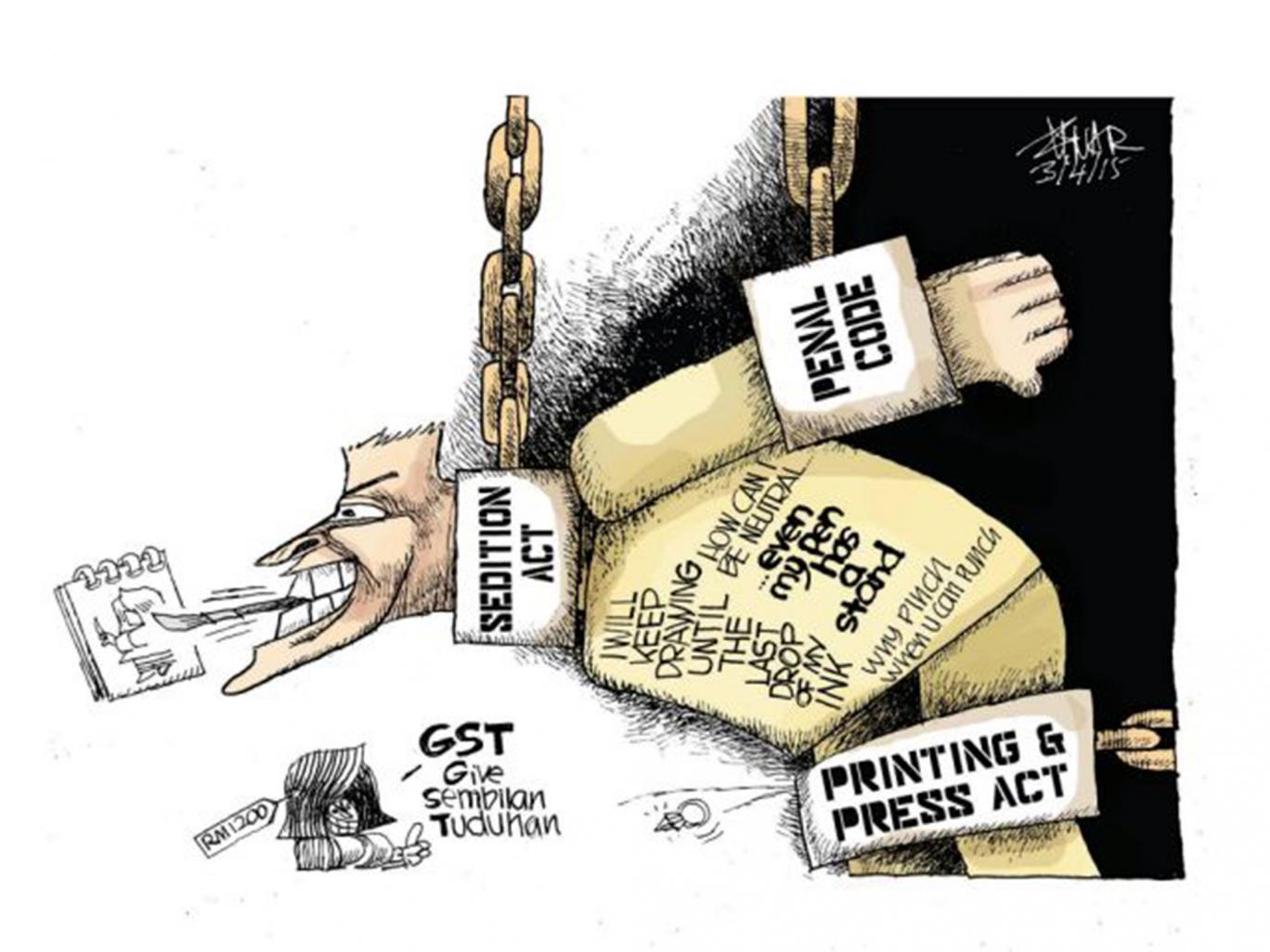 Malaysian cartoonist Zunar, who is facing a trial for his work, is to have four of his most celebrated cartoons ​exhibited at London’s Cartoon Museum.

“This will be my very first exhibition held in a cartoon museum. At a time when I am facing pressure from the Malaysian government for my works this is genuine encouragement, a tribute I humbly acknowledge and am tremendously grateful for,” said Zunar, who is facing nine charges under the Sedition Act and potentially up to 43 years in prison.

Zunar’s work will be on display at the museum’s cartoon and caricature gallery from 4 Nov 2015, alongside a new exhibition Gillray’s Ghost, marking the 200th anniversary of the death ​of English caricaturist James Gillray ​who was also regarded as a provo​cative figure in his day.

“Zunar is part of a great political cartooning tradition which asks awkward questions of those in power in images which endure in people’s memory,” said Anita O’Brien, director of The Cartoon Museum. “No doubt Gillray would be sympathetic to his cause so it is appropriate that their works are on show at the same time.”