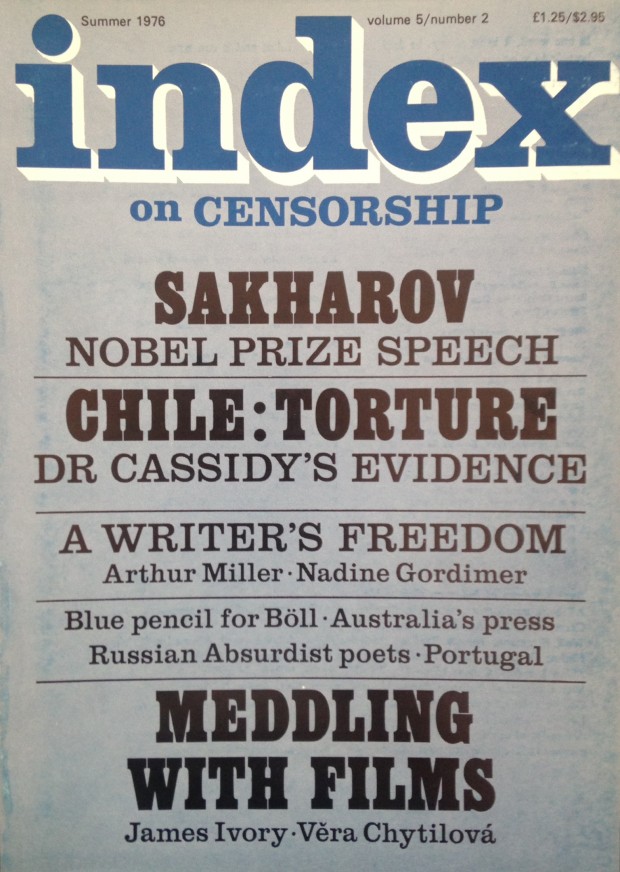 US playwright Arthur Miller, author of Death of a Salesman and The Crucible, was born 100 years ago on Saturday 17 October. To mark the occasion, Index on Censorship has compiled a reading list of Miller’s articles in our magazine. The content has been released from behind the paywall until 23 October.  To explore the full archives, subscribe here. Other great playwrights who have written for Index include Samuel Beckett, Harold Pinter, Wole Soyinka and Sir Tom Stoppard.

The sin of power

“The sin of power is to not only distort reality but to convince people that the false is true, and that what is happening is only an invention of enemies.” September 2012 vol. 41 no. 3 173-180

A kind of despair

“The problem, I think, is that people’s faces don’t change simply because their country is being crushed in all but name and geographical boundaries; they just go on looking disconcertingly like people.” December 1981 vol. 10 no. 6 31-32

An enemy of the people

“I had a drink one night in a Czech writer’s home with five or six of his colleagues present, when his teenage son looked out the window and saw an unmarked car drive up with plainclothesmen in it; they simply sat there silently warning my host that he was driving another nail into his coffin.” June 20, 1976 vol. 5 no. 2 23-26