NEWS
Padraig Reidy: Insisting the heavyweight be silenced accomplishes nothing 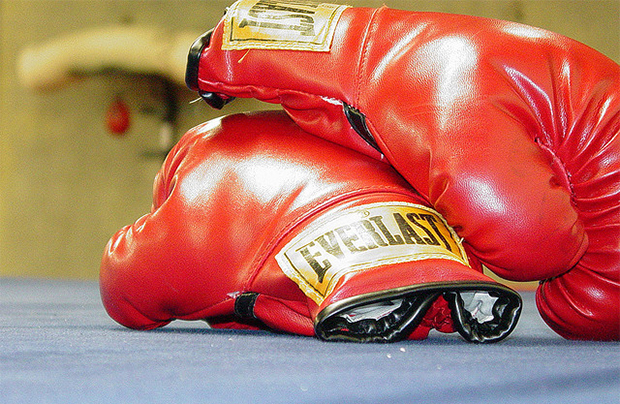 No, wait, don’t. He’s heavyweight champion of the world and doesn’t seem particularly bothered what you or I think. He was born to box and is now at the top of his game, even if it is a game that has become less and less interesting, compelling and competitive in the last two decades.

Anyone who watched Fury beat Wladimir Klitschko on 28 November will struggle to remember anything about the fight. My word it was dull. Heavyweight boxing can be lumbering at the best of times, but this was beyond pedestrian. “Attritional” suggests a ferocity of combat that was entirely absent.

Nonetheless, Fury won, fairly and squarely. His uncle/trainer Peter Fury laughably compared the underdog victory to Muhammad Ali’s victory over Sonny Liston in 1964, proving, if nothing else, that boxing’s reference points are remarkably limited.

As a British world heavyweight champion, it is only to be expected that Fury should be nominated for the BBC’s Sports Personality of the Year Award. The problem is that Fury’s personality, or more exactly his opinions, ain’t exactly national hero standard. Fury claims that the apparent triumvirate of homosexuality, paedophilia and abortion will lead to the imminent apocalypse. This information, he says, is written in the Bible (where, exactly, remains unclear).

He also says the place of a woman is in the kitchen and on her back. He has offended many by suggesting that genuine national sporting hero, Jessica Ennis Hill, “looks fit in a dress”. This is obviously true in all senses but is the exact kind of objectification that has demeaned women’s sports for years, from Sepp Blatter’s suggestion that women footballers should wear tighter shorts to the annual drooling over women at Wimbledon.

Fury has faced criticism for all these views and come out, well, fighting. He has described the tens of thousands who have signed a petition calling for him to be dropped from Sports Personality of the Year as “wankers” and said his rivals in the competition have no personality to speak of.

This last comment reveals how the BBC is hoist by its own petard. Sports Personality Of The Year is a curious competition: the demands that the British public make of sportspeople make the Vatican’s canonisation processes seem a doddle. For years, Andy Murray, the greatest male tennis player the UK has produced since the 1930s, was criticised for not smiling enough. Sportspeople are simultaneously criticised for being pampered children and for speaking their minds. SPOTY’s name suggests it rewards not only accomplishment but also character. British sport and the BBC still retain the Corinthian ideals of the public school playing fields.

But in spite of the best efforts of Michael Gove while he was education secretary, character and personality mean different things now. Think of everyone you’ve ever met who has been described as a “character” or a “real personality”. Think of every person you’ve met who defends their crass emissions with the phrase “I’m a really honest person”.

Tyson Fury is all those people times one hundred and with fists the size of sledgehammers. He’s Dapper Laughs with a world title. This for him is character and personality.

Peter Fury’s post-fight allusion to Muhammad Ali was entirely deliberate but entirely wrong. When some people see Ali, they see a loudmouth being praised for being a loudmouth. Loudmouths have been part of boxing for a long time, with fight build ups frequently resembling melodramatic soap operas.

Ali was certainly a loudmouth, but he was also a sharp mind and a supremely talented boxer: he could back up the patter. Moreover, his schtick was tied to a new, confident assertion of black identity during the civil rights movement.

This is the small tragedy of Tyson Fury: the self-styled “Gipsy King” is a member of the last minority on these islands who have no one to speak for them. He is the product of a settled Traveller family. In a world where the best this community can expect in mainstream representation is the prurient gawping of Channel 4’s “My Big Fat Gipsy Wedding”, it would be nice for Travellers to have a positive role model. Speaking on Radio 5 Live, Josie O’Driscoll, a volunteer with the Traveller Movement, suggested that if Fury wants to be King of the Travellers then he should “get down off his throne” and talk to LGBT Travellers.

In an ideal world, maybe: but this carries its own problems. In the civil rights era of Ali, this was addressed with reference to Sidney Poitier’s character in Guess Who’s Coming to Dinner, the story of a white middle-class girl bringing her African-American boyfriend to meet her conservative parents. Poitier’s character was perfect: charming, professional, erudite, intelligent… inadvertently, and through no fault of Poitier’s, the message was that if a black man in a white society was in every other sense unobjectionable, then he might be accepted. The rise of the raucous, sexy, gun-toting ghetto heroes of the Blaxploitation era was in part a reaction to the rigidity of the upright, virtuous black characters in well-meaning films of the early 60s, cast as an unapologetic blackness.

So is it entirely fair on anyone to force Fury into the position of role model, whether for the Traveller community or the British people at large? It doesn’t seem to be a position he embraces himself. Far from it, he clearly sees his uglier views as part of his schtick. As with Katie Hopkins, or Donald Trump, there’s only so far the “controversial” routine can take you.

At the time of writing, Fury is being investigated by police for his comments. A prosecution would be ridiculous, and only vindicate Fury’s tweeted assertion that “We only live in a democratic world when it suits everybody else”.

Sports fans play our part in encouraging the drama, the schtick, the anger and the rage, and boxing fans more than most. Only the most ferocious dullard would demand that sports coverage and sports talk should be confined to what happens on the pitch or in the ring. But sports fans are also essentially fickle: we enjoy the controversy until we don’t. And then we take our ball home.

This is the essential dilemma at the heart of our obsession with sport: we imagine sporting endeavour as something sublime, and imagine that the gifted athlete must also be pure in thought and deed. We may need to grow up and stop searching for heroes, but try telling the ancient Greeks that. We’ve had thousands of years to get over that particular need and show no signs of doing so. But we could, at least, learn that we won’t make boxing, Tyson Fury or the lives of LGBT people any better by insisting the heavyweight be silenced.