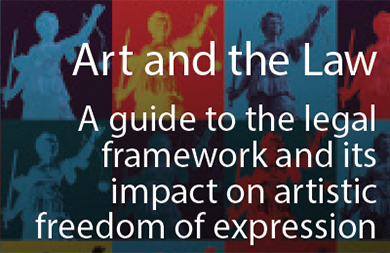 Policing is a core function of the state, and it has long been accepted that our taxes pay for police services. The role of the police naturally shifts with changes in culture and the law, but the current position is that the police, as a public authority, have an obligation to ensure law and order and to preserve, and in some cases to promote, fundamental rights such as the right to protest and the right to freedom of expression, protected by Articles 10 and 11 of the European Convention on Human Rights, now incorporated into the UK’s domestic law as the Human Rights Act 1998.

There are some instances where the police are entitled to levy an additional charge for their services, but those must be services which are outside the core responsibilities of the police.

Section 25 of the Police Act 1996 deals with the “provision of special services” and states that:

The chief officer of police of a police force may provide, at the request of any person, special police services at any premises or in any locality in the police area for which the force is maintained, subject to the payment to the police authority of charges on such scales as may be determined by that authority.

The phrase special police services is not defined by the act. Association of Chief Police Officers (ACPO) guidance to senior police officers states:

“an event is an occurrence, out of the normal activity that takes place to provide an experience or defined activity to commercial or non-commercial reasons. Special police services are police services provided over and above core policing at the request of a person or organisation.”

The reason why football matches and music festivals might need additional policing is because of the risk of public order offences being committed and because the organisers themselves require additional police to ensure that they can discharge their own duties to keep the attendees safe. Where the police have provided services over and above those that have been specifically requested, organisers have not been required to pay.

It provides that: “Policing of statutory events is part of a core activity and no charges should be made” and defines statutory events as “events where there is no financial gain to the organiser and which reflect constitutional rights, or a cause of royal, national or defined public interest”.

As a public body, the police must act within their powers and discharge duties to which they are subject. They must take decisions rationally, fairly and in a way which takes account of relevant – but not irrelevant – considerations. Cultural organisations have a legitimate expectation that the police will follow published guidance unless there is a good reason to depart from it. However, this guidance should be clear, especially where it potentially interferes with fundamental rights. At present, this guidance lacks clarity and therefore policy practice in this area may lack consistency. This is an area which could potentially be subject to challenge by way of judicial review.

As it is presently constituted, the guidance suggests that the real dividing line is between commercial and non-commercial events. In situations where fundamental rights are engaged, such as the staging of a highly controversial art exhibition where protests are expected, it is certainly arguable that policing is a core function notwithstanding that it is a commercial event.

The police may have felt they could waive the fee they originally requested in relation to the 2004 production of Behud because the theatre was a not-for-profit organisation. However, there may be situations where a theatre or exhibition space is a commercial organisation, but the work of art in question raises issues of artistic and political freedom of expression. For instance, under the guidance, the police could have charged the Birmingham Repertory Theatre at what appears to be the going rate of £10,000 per day for policing Behtzi had it not been cancelled.

Using the distinction between commercial and non-commercial events as a lodestone for determining whether or not the police can charge for special services is thus not necessarily appropriate. Attendance at football matches or music festivals does not, on the face of it, involve the exercise of fundamental rights. The situation in respect of all theatre, art exhibitions or other forms of artistic expression, even where a profit is made, is quite different. The police have an obligation to fulfil their core duties – those are now enhanced by their duties under the Human Rights Act not to act incompatibly with the Convention. The Convention imposes a qualified obligation not to interfere with the exercise of the right to freedom of expression and protest and a positive obligation to take appropriate steps to protect those rights. The policing of artistic expression, where political sensitivity leads to the risk of public order issues, is part of the police’s core function and duties and should not be a matter of commercial negotiation. Protection for these rights should under no circumstances depend on whether or not an organisation can afford to pay for it.