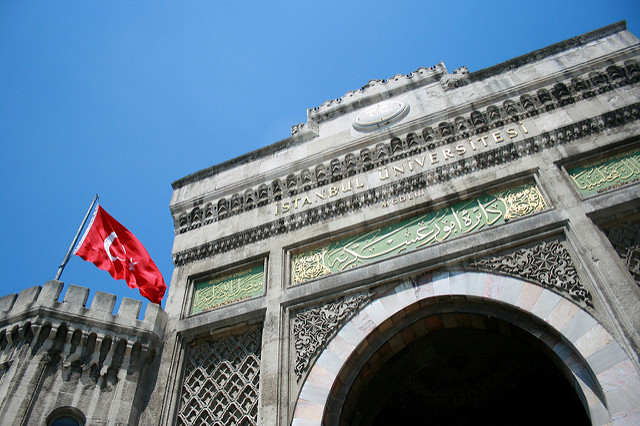 The stream may be small right now, a trickle, but it is unmistakable. Turkey’s academics and secular elite are quietly and slowly making their way for the exits.

Some months ago, in the age before Turkey’s post-coup crushing of academia, a respected university lecturer told me she was seeking happiness outside Turkey. She was teaching economics at one of Istanbul’s major universities, but neither her nor her husband, who is also in the financial sector, had a desire to remain in the country any longer. They simply packed up and left for Canada.

The growing unease about the future is now accelerating among the academics and mainly secular elite in the country. This well-educated section of society is feeling the pressure more than any other, and as the instability mounts the urge to join the “brain drain” will only increase.

Some of them, particularly those academics who have been fired and those who now face judicial charges for signing a petition calling for a return to peace negotiations with the Kurdish PKK, no longer see a future for their careers. With the government further empowered by emergency rule decrees, the space for debate and unfettered learning is shrinking.

One of the petition’s signatories, the outspoken sociologist Dr Nil Mutluer, has already moved to a role at the well-respected Humboldt University in Berlin to teach in a programme devoted to scholars at risk.

You only have to look at the numbers to realise why more are likely to follow in the footsteps of those who have already left Turkey. In the days after the failed coup that struck at the country’s imperfect democracy, the government of president Recep Tayyip Erdogan swept 1,577 university deans from their posts. Academics who were travelling abroad were ordered to return to the country, while others were told they could not travel to conferences for the foreseeable future. Some foreign students have even been sent home. The pre-university educational system has been hit particularly hard: the education ministry axed 20,000 employees and 21,000 teachers working at private schools had their teaching licenses revoked.

Anyone with even the whiff of a connection to FETO — the Erdogan administration’s stalking horse for the parallel government supposedly backed by the Gulenist movement — is in the crosshairs. Journalists, professors, poets and independent thinkers who dare question the prevailing narrative dictated by the Justice and Development Party will hear a knock at the door.

It appears that the casualty of the coup will be the ability to debate, interrogate and speak about competing ideas. That’s the heart of academic freedom. The coup and the president’s reaction to it have ripped it from Turkey’s chest.

But it’s not just the academics who are starting to go. The secular elite and people of Kurdish descent that are also likely to vote with their feet.

Signs are, that those who are exposed to, or perceive, pressure, are already doing this. Scandinavian countries have noted an increase in the exodus of the Turkish citizens. Deutsche Welle’s Turkish news site reported that 1719 people sought asylum in Germany in the first half of this year. This number already equals the total of Turkish asylum seekers who registered during the whole of 2015. Not surprisingly, 1510 of applications in 2016 came from Kurds, who are under acute pressure from the government.

“The demand is growing since July 15 by every day. Emergency rule has also pushed up the trend. These people are trying to buy a life abroad. Ten to twelve people visit our office every day….Many ask about the citizenship issues.”

Adnan Bozbey, of Coldwell Banker, told the paper that people were asking him: “Is Turkey becoming a Middle Eastern country?”

According to Dünya, the USA, Ireland, Portugal, Greece, Malta and Baltic countries are popular among those who want to seek life prospects elsewhere.

In short, the unrest is spreading. Unless the dust settles and the immense political maneuvering about the course Turkey is on reverses, it would be realistic to presume that a significant demographic shift will take place in the near future.

A version of this article originally appeared on Suddeutsche Zeitung. It is posted here with the permission of the author.