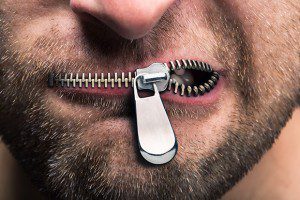 For the past six months the Index on Censorship Youth Advisory Board has attended monthly online meetings to discuss and debate free speech issues. For their final assignment we asked members to write about the issue they felt passionately about that took place during their time on the board.

Simon Engelkes – Terrorism and the media in Turkey

When three suicide bombers opened fire before blowing themselves up at Istanbul Atatürk airport on 28 June 2016, Turkey’s social media went quiet. While the attacks were raging in the capital’s airport, the government of president Recep Tayyip Erdogan blocked social networks Facebook and Twitter and ordered local media not to report the details of the incident – in which at least 40 people were killed and more than 200 injured – for “security reasons”.

An order by the Turkish prime minister’s office banned sharing visuals of the attacks and any information on the suspects. An Istanbul court later extended the ban to “any written and visual media, digital media outlets, or social media”. Şamil Tayyar, a leading deputy of the ruling Justice and Development Party said: “I wish those who criticise the news ban would die in a similar blast.”

Hurriyet newspaper counted over 150 gag orders by the government between 2010 and 2014. And in March 2015, Turkey’s Constitutional Court approved a law allowing the country’s regulator to ban content to secure the “protection of national security and public order” without a prior court order. Media blackouts are a common government tactic in Turkey, with broadcast bans also put in place after the bombings in Ankara, Istanbul and Suruç.

Emily Wright – The politics of paper and indirect censorship in Venezuela

Soaring inflation, high crime rates, supply shortages and political upheaval all typically make front-page news. Not so in Venezuela, where many newspapers have suspended printing because of a shortage of newsprint.

For over a year now, the socialist government of Nicolás Maduro has centralised all paper imports through the Corporación Maneiro, now in charge of the distribution of newsprint. It is a move the political opposition is calling a form of media censorship, given that many newspapers critical of Chavismo and Maduro’s regime, have been struggling to obtain paper to print news.

In January, 86 newspapers declared a state of emergency, announcing they were out of stock and their capacity to print news was at risk. El Carabobeño, which is critical of the government and Chavismo, stopped circulating in March due to a lack of paper. A year earlier the newspaper had been forced to change its format to a tabloid, and reduce its pages, after running as a standard newspaper since 1933.

Censorship is an long-term problem in Venezuela but it is taking new, covert forms under Hugo Chávez’s successor, Nicolás Maduro. Media outlets are being economically strangled through tight regulation. On top of this huge fines for spurious charges of defamation or indecency linked to articles have become commonplace. Correo del Coroni, the most important newspaper in the south of the country, went bankrupt in this fashion. In March it was fined a million dollars and its director sentenced to four years in jail for defamation against a Venezuelan businessman. A month earlier it was forced to print only at weekends after being systematically denied newsprint.

Under Maduro’s regime, censorship in Venezuela has gone from piecemeal to systemic and the public’s right to information has been lost in the mix. Unable to mask the country’s hard realities with populist promises like his predecessor did, Maduro has been cracking down on the media instead.

In February this year, the British government banned public boycotts of Israeli goods. In recent years, the Boycott, Divestment and Sanctions campaign has become popular among those in opposition to the oppression of the Palestinian people, whereby Israeli goods, services and individuals are evaded or censored.

It’s illogical to punish an entire nation, as BDS does, for the actions of those in power. The answer to this illiberal policy must not be, however, to hand greater power to faceless, bureaucratic law enforcement to suppress freedom of expression.

As a result of the government’s clampdown, the board of trustees at my students’ union, UCLU, has already overridden a pro-BDS position democratically endorsed – however poorly – by its Union Council; but as well as emboldening the very illiberal voices that thrive on the aloof vilification of bureaucrats, the board even elected to censor council’s harmless and necessary expressions of solidarity with the Palestinian people.

The cure for faulty ideas and tactics is better ideas and better politics – translated through debate and honest self-reflection. Not only have legal shortcuts never worked, but they’re ideologically hypocritical and politically suicidal.

Twitter unveiled its safety council in February. Its purpose is to ensure that people can continue to “express themselves freely and safely” on Twitter, yet there are no free speech organisations included.

So while the group ostensibly wants to create safety, its manifesto and practice suggest otherwise. The group doesn’t stop incitements of violence, it stops offensive speech. Safety only refers to the same attempts to create “safe spaces” that have appeared in so many other places. There is a difference between stopping the promotion of violence within a group – as Twitter did with 125,000 terrorism-related accounts – and stopping people from hearing other people’s views. Twitter has a mute and block button, but has also resorted to “shadow banning”.

Now compound this with the contradiction that is Twitter’s submission to authoritarian governments’ demands to take down content and accounts in places where not even newspapers can be a forum for free information, such as Russia and Turkey.

It’s indicative of two wider trends: the consolidation of “speech management” in Silicon Valley, and the calamitous division of the liberal left into those who allow the other side to speak and those who do not.

The United Nations Human Rights Commission has brought the human rights framework into the digital age with the passing of a resolution for the “promotion, protection, and enjoyment of human rights on the internet”, particularly freedom of expression.

Russia opposed the resolution. This is unsurprising as the government institutionalises censorship in legislation, using extremism, morality and state security as justifications. Since November 2012, the media regulatory body Roskomnadzor has maintained an internet blacklist. Over 30,000 online resources were listed in April, plus 600,000 websites that are inaccessible due to being located on the same IP address as sites with “illegal” information.

This year, the internet in Russia has experienced increased censorship and site filtering under the influence of Konstantin Malofeev whose censorship lobbying group, the Safe Internet League, has been pushing for stricter standards in the name of Christian Orthodox morality, freedom from extremism and American influence.

Activists in Russia have claimed that their messages, sent using encrypted chat service Telegram, have been hacked by Russian security forces. Surveillance was what originally drove Pavel Durov, founder of Telegram and social network VKontakte, to set up the encrypted service as he and his colleagues felt the need to correspond without the Russian security services “breathing down their necks”. Durov himself lives in the US, a move prompted by the forced sale of VKontakte to companies closely aligned with the Kremlin, after the social network reportedly facilitated the 2011 protests against the rigging of parliamentary elections. His departure confirms theories about the chilling effect that crackdowns on expression can have on innovation and technology in a country.

In June a new law was passed which requires news aggregators, surpassing one million users daily, to check the “truthfulness” of information shared. Ekaterina Fadeeva, a spokesperson for Yandex, the biggest search engine in Russia, said that Yandex News would not be able to exist under such conditions.

The brutal daylight murder of Yorkshire MP Jo Cox may not initially seem like a freedom of speech issue.

Approached outside her constituency surgery on 16 June 16, at the height of the polarising Brexit debate, Cox was stabbed to death by a man who shouted “Put Britain first” as he attacked her. Cox was an ardent supporter of Britain remaining a member of the European Union, flying a “Stronger In” flag as she sailed down the Thames with her family in a dingy the day before her murder. Her passionate campaigning over the referendum should not have been life threatening.

In Britain, we imagine political assassinations to take place in more volatile nations. We are often complacent that our right to free speech in the UK is guaranteed. But whilst there are people intimidating, attacking and murdering others for expressing, campaigning on and fighting for their beliefs, this right is not safe. For democracy to work, people need to believe that they are free to fight for what they believe is right, no matter where they fall on the political spectrum. Jo Cox’s murder, which for the most part has been forgotten by British media, should be a wake-up call to Britain that our freedom of speech cannot be taken for granted.