MAGAZINE
The best job in the world: Gabriel García Márquez on journalism
22 Mar 2017
BY INDEX ON CENSORSHIP

This is the third in a series of articles exploring media freedom drawn from the archives of Index on Censorship magazine. Writing in 1997, the late Colombian writer Gabriel García Márquez discussed the evolution of journalism. Before gaining worldwide acclaim for novels including One Hundred Years of Solitude and Love in the Time of Cholera, Márquez was a journalist for newspapers in Colombia and Venezuela. This piece shares his love of the profession and his concern that reporters have become "lost in labyrinth of technology madly rushing the profession into the future without any control" 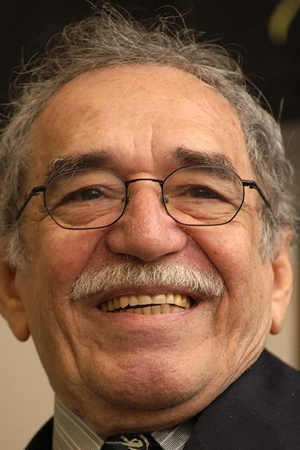 Some 50 years ago, there were no schools of journalism. One learned  the trade in the newsroom, in the print shops, in the local cafe and in Friday-night hangouts. The entire newspaper was a factory where journalists were made and the news was printed without quibbles. We journalists always hung together, we had a life in common and were so passionate about our work that we didn’t talk about anything else. The work promoted strong friendships among the group, which left little room for a personal life.There were no scheduled editorial meetings, but every afternoon at 5pm, the entire newspaper met for an unofficial coffee break somewhere in the newsroom, and took a breather from the daily tensions. It was an open discussion where we reviewed the hot themes of the day in each section of the newspaper and gave the final touches to the next day’s edition.

The newspaper was then divided into three large departments: news, features and editorial. The most prestigious and sensitive was the editorial department; a reporter was at the bottom of the heap, somewhere between an intern and a gopher. Time and the profession itself has proved that the nerve centre of journalism functions the other way. At the age of 19 I began a career as an editorial writer and slowly climbed the career ladder through hard work to the top position of cub reporter.

Then came schools of journalism and the arrival of technology. The graduates from the former arrived with little knowledge of grammar and syntax, difficulty in understanding concepts of any complexity and a dangerous misunderstanding of the profession in which the importance of a “scoop” at any price overrode all ethical considerations.

The profession, it seems, did not evolve as quickly as its instruments of work. Journalists were lost in a labyrinth of technology madly rushing the profession into the future without any control. In other words: the newspaper business has involved itself in furious competition for material modernisation, leaving behind the training of its foot soldiers, the reporters, and abandoning the old mechanisms of participation that strengthened the professional spirit. Newsrooms have become a sceptic laboratories for solitary travellers, where it seems easier to communicate with extraterrestrial phenomena than with readers’ hearts. The dehumanisation is galloping.

Before the teletype and the telex were invented, a man with a vocation for martyrdom would monitor the radio, capturing from the air the news of the world from what seemed little more than extraterrestrial whistles.  A well-informed writer would piece the fragments together, adding background and other relevant details as if reconstructing the skeleton of a dinosaur from a single vertebra. Only editorialising was forbidden, because that was the sacred right of the newspaper’s publisher, whose editorials, everyone assumed, were written by him, even if they weren’t, and were always written in impenetrable and labyrinthine prose, which, so history relates, were then unravelled by the publisher’s personal typesetter often hired for that express purpose.

Reporters working to share the truth are being harassed, intimidated and prosecuted – across the globe.

Today fact and opinion have become entangled: there is comment in news reporting; the editorial is enriched with facts. The end product is none the better for it and never before has the profession been more dangerous. Unwitting or deliberate mistakes, malign manipulations and poisonous distortions can turn a news item into a dangerous weapon.

Quotes from “informed sources” or “government officials” who ask to remain anonymous, or by observers who know everything and whom nobody knows, cover up all manner of violations that go unpunished.But the guilty party holds on to his right not to reveal his source, without asking himself whether he is a gullible tool of the source,manipulated into passing on the information in the form chosen by his source. I believe bad journalists cherish their source as their own life – especially if it is an official source – endow it with a mythical quality, protect it, nurture it and ultimately develop a dangerous complicity with it that leads them to reject the need for a second source.

At the risk of becoming anecdotal, I believe that another guilty party in this drama is the tape recorder. Before it was invented, the job was done well with only three elements of work: the notebook, foolproof ethics and a pair of ears with which we reporters listened to what the sources were telling us. The professional and ethical manual for the tape recorder has not been invented yet. Somebody needs to teach young reporters that the recorder is not a substitute for the memory, but a simple evolved version of the serviceable, old-fashioned notebook.

The tape recorder listens, repeats – like a digital parrot – but it does not think; it is loyal, but it does not have a heart; and, in the end, the literal version it will have captured will never be as trustworthy as that kept by the journalist who pays attention to the real words of the interlocutor and, at the same time, evaluates and qualifies them from his knowledge and experience.

The tape recorder is entirely to blame for the undue importance now attached to the interview. Given the nature of radio and television, it is only to be expected that it became their mainstay. Now even the print media seems to share the erroneous idea that the voice of truth is not that of the journalist but of the interviewee. Maybe the solution is to return to the lowly little notebook so the journalist can edit intelligently as he listens, and relegate the tape recorder to its real role as invaluable witness.

It is some comfort to believe that ethical transgressions and other problems that degrade and embarrass today’s journalism are not always the result of immorality, but also stem from the lack of professional skill. Perhaps the misfortune of schools of journalism is that while they do teach some useful tricks of the trade, they teach little about the profession itself. Any training in schools of journalism must be based on three fundamental principles: first and foremost, there must be aptitude and talent; then the knowledge that “investigative” journalism is not something special, but that all journalism must, by definition, be investigative; and, third, the awareness that ethics are not merely an occasional condition of the trade, but an integral part, as essentially a part of each other as the buzz and the horsefly.

The final objective of any journalism school should, nevertheless, be to return to basic training on the job and to restore journalism to its original public service function; to reinvent those passionate daily 5pm informal coffee-break seminars of the old newspaper office.

Free speech and human rights organisations call for Turkish novelist Ahmet Altan, Nazlı Ilıcak and other journalists to be released

Ahead of the second hearing in the retrial of Turkish novelist Ahmet Altan, Nazlı Ilıcak and four other journalists and media workers, free speech organisations call for all detained defendants to be released and for the charges to be dropped

In the issue: articles by journalists Lindsey Hilsum and Jean-Paul Marthoz plus Stephen Grey.