This is the fourth in a series of articles exploring media freedom drawn from the archives of Index on Censorship magazine. In one of barrister Sir John Mortimer's last interviews before he died in January 2009, he talked to Index on Censorship about the notorious Oz trial of 1971, as well as Gay News and Inside Linda Lovelace, two other publications he defended. Here we reproduce that interview. Oz was a satirical, underground magazine founded in Australia in the 1960s. The editors of the London edition – Richard Neville, Jim Anderson and Felix Dennis – were prosecuted under the Obscene Publications Act in 1971 for an issue edited by teenagers. 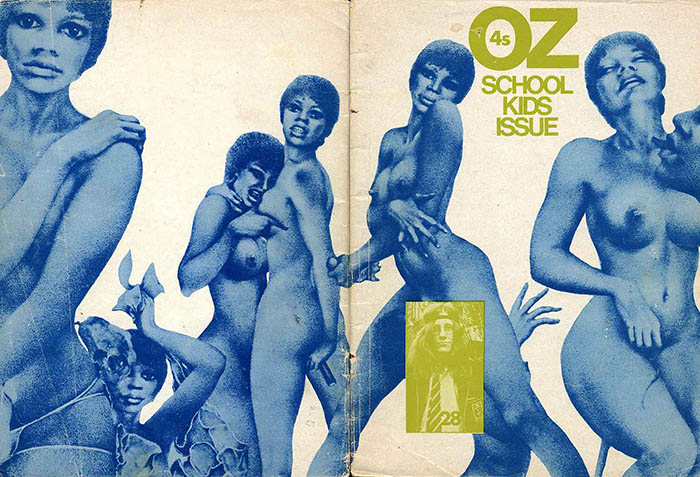 John Mortimer: Well, it was sort of the birth of that particular Obscene Publications Act [1959], which was Roy Jenkins’s doing [Jenkins was a principal sponsor of the bill as a backbench MP]. It was meant to be liberalising because it allowed defences of literary merit and scientific merit and all sorts of “bits” of merit. It was a test of that and the Obscene Publications Act, which was meant to be a work of great liberality. It would test obscenity, which was something that would tend to deprave and corrupt the people who were likely to read it. But then there were numerous defences –– that it was of literary merit or historical merit or scientific merit and so on. It seemed rather strange you could be depraved and corrupted, and on the other hand you knew more about history –– that could be a defence. So it never ever seemed to me to be a particularly sensible piece of legislation.

Index: What were your tactics for defence? What did you think was the best
way to tackle it?

John Mortimer: In any such case, make it funny, try and make it funny. Then there was Geoffrey Robertson. He was at that time a student at Oxford. But he was Australian, so he knew them all [the Oz editors] very well. He came and was a great help and was very good at
looking up the law.

Index: When you gave your opening speech, you talked about this case “standing at the crossroads of liberty”. Did you think that it was going to be a very important case?

John Mortimer: Yes, I suppose I did. I thought it was a very confused Act of Parliament, which I still do.

Index: Why did you think it was confused?

Reporters working to share the truth are being harassed, intimidated and prosecuted – across the globe.

Index: Geoffrey Robertson described the trial as a ‘collision of cultural incomprehension’ – the fusty old establishment not remotely understanding the 1960s alternative culture. Did you see it like that yourself?

John Mortimer: I don’t know. I suppose it was –– but I don’t suppose the people out on the street really cared one way or the other.

Index: But in terms of the witnesses you called, when one looks at that –– George Melly, John Peel, Felix Topolski –– it reads like a sort of roll call of the artists and musicians of the day. So in that sense it almost became an arena for the defence of popular culture.

John Mortimer: Yes, if you can call it popular culture. The real thought about the whole case was that the magazine was a load of rubbish. We weren’t defending anything with any particular merit really. We were defending a principle I suppose –– that you shouldn’t have any censorship, that nobody should tell you what to read or write. It’s entirely your own business.

Index: And do you think that the ultimate success of the trial actually was a big step forward in changing that attitude?

John Mortimer: Yes. Well, if it had been lost entirely it would have been a big step back, I suppose. But there had been a lot of cases before that. There had been Fanny Hill [a new paperback edition was banned in the UK in 1963].

Index: What did you think of the judge [Michael Argyle QC]? He gave you a
hard time.

John Mortimer: The judge was an idiot. We gave the judge a harder time than he gave us. The judge was a total buffoon. It started off with a hilarious thing . . . I got there every morning and the prosecutor came and pushed his way past my knees and said, “Give us a kiss, darling.” I said, “Come on, get on with prosecuting then.”

Index: Do you think he was enjoying himself?

John Mortimer: Yes, I suppose everybody enjoyed themselves. There was an
usher who had been the judge’s sergeant major or something in the army and he called him sergeant major all the time. And then John Peel gave evidence and said that he’d once had venereal disease and after he’d given evidence the usher went up to the judge and said, “I broke the glass what that witness drunk out of, Sir. I thought you would approve.” And the judge said, “Well, yes, well done, sergeant major.”

Index: In your famous summing up you said, “To gag a little cheeky criticism to suppress some lavatory humour, we have had rolled out before us the majestic engine of the law.”

John Mortimer: “Since we’ve been sitting here, wars have been started, revolutions have taken place . . .” and all we’d done was go through a little children’s magazine. The wording was fatal to it, that’s why we won the appeal. The judge had said, “Don’t you find it disgusting, don’t you find it embarrassing, don’t you find it offensive?” The only test under the Act is whether something can deprave or corrupt the likely readers. So he misdirected the jury in thinking they could convict just because they found it offensive or unpleasant or shocking or whatever. That was the grounds for the appeal.

One of the judges [in the appeal] sent his clerk down to Soho and found many much more shocking magazines. But really we won the appeal on the basis that the judge [Michael Argyle] had allowed the jury to think that they could convict just because they were shocked or distressed or made unhappy or whatever . . . whereas the only crime under which they could be convicted was that it was liable to deprave or corrupt.

Index: The other big thing that came out after the trial was the incredible corruption amongst the police in Soho –– that while they were pursuing Oz the police were in league with the pornographers. [Home Secretary] Reginald Maudling apparently was very upset at the criticism, with people saying: why are the police going after the small fry, but they’re letting the hardcore pornographers go? Do you think ultimately the success of the appeal began to move the boundaries in terms of attitudes to obscenity?

John Mortimer: Yes, I suppose. There was also The Little Red Schoolbook, which we lost [a sexually explicit guide to challenging authority for kids, also
prosecuted for obscenity in 1971].

John Mortimer: There was a wonderful moment with Linda Lovelace. There was a description of when she was dangled from the ceiling on an electric . . . rubber . . . like you know, you wind it round and round like a model airplane. So she was on that, and she was slowly lowered down onto the gentleman who would be lying on his back. So when she arrived on top of him she was twiddling around very fast like a model aeroplane. There was a doctor in the witness box at the time, telling the jury what a terrible effect that reading such a thing would have on a 13-year-old schoolgirl. And I looked at the judge and he was giggling so much he had to hide his face in his notebook. So I said to the members of the jury, “Would you think it would have any different effect on a 13-year-old schoolgirl than that which it is now clearly having on a 73-year-old judge?” So we got off on that. That was probably near the end of it.

And then we had another great case, Gay News, in which Mary Whitehouse prayed in the court [Whitehouse brought a private prosecution for blasphemous libel in 1976]. And she prayed in the corridor while the jury was out. And the judge wrote in his autobiography that he felt the hand of
God writing his summing up for him.

Index: Do you think people have got any more sensible?

John Mortimer: Yes. You would have expected when Mrs Thatcher came into power that there would be more of those [cases], but they just stopped.

Index: Are you surprised that the Obscene Publications Act hasn’t been reformed in any way?

John Mortimer: No, I think the general public are quite in favour of censorship.

Index: Sixty years on from the UN Declaration of Human Rights, 60 years on
from Article 19, the right to free speech, do you think we’re in quite a healthy place?

John Mortimer: No, I think we’re in a very unhealthy place, due to the Labour Party. [There are] all these ridiculous things you can’t say –– such as that revolution might be a good thing. I don’t think we have any firm grasp of any principles.
Index: So even though we now have the European Convention enshrined in English law, do you think perhaps our freedom of speech is less protected?

John Mortimer: Well certainly, it has sort of become less protected, hasn’t it? I think the principle, I think the abiding principle, which was that you lived in a country where you could read anything you like – I think that principle is being shaken up by the Labour Party really, and hasn’t been properly reaffirmed, I would say.

Free speech and human rights organisations call for Turkish novelist Ahmet Altan, Nazlı Ilıcak and other journalists to be released

Ahead of the second hearing in the retrial of Turkish novelist Ahmet Altan, Nazlı Ilıcak and four other journalists and media workers, free speech organisations call for all detained defendants to be released and for the charges to be dropped

In the issue: articles by journalists Lindsey Hilsum and Jean-Paul Marthoz plus Stephen Grey.