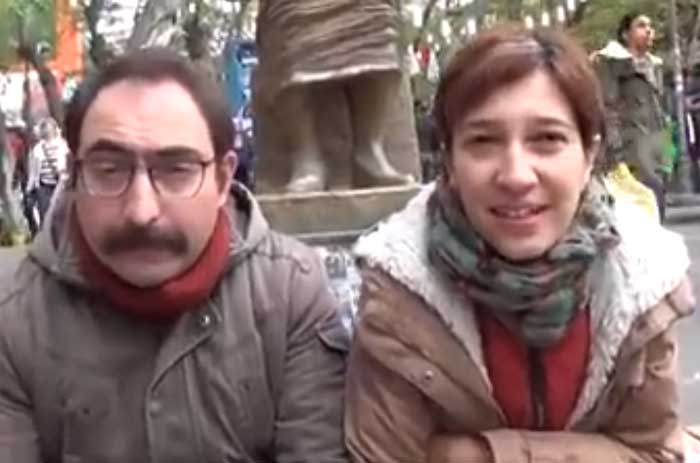 Nuriye Gulmen, a professor of literature, and Semih Ozakca, a primary school teacher, were both fired following the issuing of emergency decree 675 by Erdogan’s government.

In the wake of the July 2016 coup attempt in Turkey, President Recep Tayyip Erdogan dismissed over 8,000 academics from state institutions following Emergency Decree 675. Literature professor Nuriye Gulmen and primary school teacher Semih Ozakca were two such individuals affected by the purge. Both Gulmen and Ozakca were dismissed and have been detained by Turkish authorities over 30 times, most recently on 22 May, for their demands to be reinstated to their positions. They are now facing terror charges simply for asking for their job back.

We urgently need your help to call for the release of Nuriye Gulmen and Semih Ozakca and express your solidarity with their cause.

Gulmen and Ozakca began a hunger strike, which is currently on its 90th day, to protest the crackdown on academic freedom. Consuming little more than salt water, a single B vitamin, and a sugar solution, Ozakca has lost over 37 pounds and Gulmen has experienced heartburn, difficulty moving, and trouble concentrating. Both academics suffer from muscle atrophy and are now wheelchair bound.

Index on Censorship stands in solidarity with Gulmen and Ozakca and pledges its full support for their right to protest. We ask you to do the same: demanding an end to the dismissal of academics and the immediate release of Nuriye Gulmen and Semih Ozakca. While their plight has gained international attention, both strikers have received little recognition from their own government. As such, we ask you to speak out on Ozakca and Gulmen’s behalf in the form of a brief video expressing solidarity with their strike and requesting academic freedom for Turkey.

— Share the story of Nuriye Gulmen and Semih Ozakca with your network.