#BannedBooksWeek: A full slate of events

Banned Books Week 2017 is being celebrated with multiple ways to get involved.

ArchWay With Words presents a thrilling event with two of Britain’s most exciting, prize-winning writers who tell stories about young people. Alex Wheatle talks about his trilogy of novels set in ‘Crongton’, a place rife with gang warfare and home to a cast of characters whose lives and loyalties are tested in gripping dramas. Patrice Lawrence talks about her dazzling debut ‘Orangeboy’, and the breathtaking follow up ‘Indigo Donut’, a story about tough choices and everyone’s need to belong.

This event is presented by Archway With Words.

How far can you go in speaking the unspeakable?

What is the place of the satirist in our age of controversies? The irreverent cartoonist Martin Rowson, of The Guardian and Index on Censorship magazine, joins publisher Joanna Prior of Penguin Random House for what promises to be a coruscating conversation; feathers will no doubt be ruffled. This event is in association with Pembroke College as part of Banned Books Week and will be introduced by Index CEO Jodie Ginsberg. Full details

Over the past few years, the news has been replete with stories about how authors, thought-leaders, and others have become disinvited or pressured to withdraw from university speaking engagements because they don’t promote prevailing ideology. What are the consequences of disallowing diverse viewpoints on campus and what can speakers, faculty, and librarians do to support intellectual freedom in academia?

Join the American Library Association’s Office for Intellectual Freedom, SAGE Publishing and Index on Censorship for a webinar on speaker disinvitation during Banned Books Week. It will include perspectives from Mark Osler, a professor who was disinvited from a campus speaking engagement, Glenn Geher, a professor of psychology who helped to bring a controversial speaker to campus, and Judith C. Russell, a dean of libraries who addresses issues relating to controversial speakers, academic freedom and campus safety on campus.

The event will be chaired by Jemimah Steinfeld, deputy editor of Index on Censorship magazine.

This event is presented by SAGE Publications

Censored: A Literary History of Subversion and Control 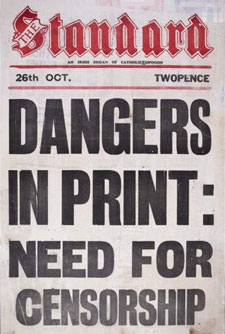 Censorship. Whose morals and values does it seek to protect? Trace the blue pencil and its consequences through literary history, from Ulysses and Lolita to a book implicated in a murder case.

For some, such restrictions may seem sensible, while for others, they appear arbitrary at best, oppressive and dangerous at worst. The list of books suppressed in the English language features the sacred and profane, poetic and pornographic, famous and infamous. A history of the censorship of literary texts is also a history of the authorities that have attempted to prevent their circulation: sovereigns, politicians, judges, prison officers, slaveholders, school governors, librarians, teachers, parents, students, editors and publishers.

Katherine Inglis and Matthew Fellion, authors of a fascinating new book on suppressed literature, explore the methods and consequences of censorship and some of the most contentious and fascinating cases. Followed by a book signing. Full details

This event is presented by The British Library

What happens when ideas are silenced?

Who are the modern-day censors? And what ingenious evasions – both modern and ancient – have writers and publishers used to protect our right to read? Join award-winning journalist David Aaronovitch in conversation with Irish author Claire Hennessy and publisher Lynn Gaspard, as they explore what happens when ideas are silenced. With readings by Moris Farhi and Bidisha. Full details

Censored at The Book Hive, Norwich

Join Index on Censorship magazine Deputy Editor Jemimah Steinfeld in conversation with Matthew Fellion and Katherine Inglis, authors of the new book Censored: A Literary History of Subversion and Control.

In twenty-five chapters focusing on a wide range of texts, including the Bible, slave narratives, modernist classics, comic books, and Chicana/o literature, Fellion and Inglis chart the forces that have driven censorship for over six hundred years, from fears of civil unrest and corruptible youth to the oppression of various groups – religious and political dissidents, same-sex lovers, the working class, immigrants, women, racialized people, and those who have been incarcerated or enslaved. The authors also consider the weight of speech, and when restraints might be justified.

The Book Hive is Norwich’s only truly independent new bookshop

Censored: A Literary History of Subversion and Control by Matthew Fellion and Katherine Inglis

The event is in conjunction with the Kemmy Business School and is a six-part series of public lectures to be delivered by internationally renowned commentators and thought leaders in their field. The third lecture in the series with Jodie Ginsberg will take place on 28 September. Ginsberg will speak about how censorship stifles debate and undermines the tenets of free and democratic societies. Full details

“In 1989 the death penalty was re-introduced in Britain. Not for terrorism. Not for murder. But for writing a book.” Nearly 20 years after Salman Rushdie was forced into hiding following the publication of The Satanic Verses, members of the Salman Rushdie Campaign Group re-unite to talk about their fight for freedom of expression. With archive recordings of Salman Rushdie reading from The Satanic Verses. With Lisa Appignanesi, Melvyn Bragg, Frances D’Souza, Sara Khan and Caroline Michel. Full details

Presented by The British Library in partnership with The Royal Society of Literature, Free Word and Islington Library and Heritage Services 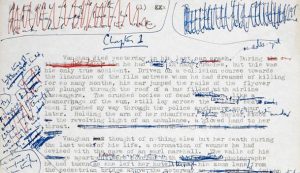 Revisit the shock of symphorophilia with Will Self and Chris Beckett, editor of a new edition of Crash. Their discussion is followed by a rare chance to see the uncut version of David Cronenberg’s 1996 film adaptation on the big screen. Cronenberg’s film of Crash (1996), which Ballard greatly admired, was awarded a Special Jury Prize at its premiere at the Cannes Film Festival. The film introduced a second generation to Ballard’s unsettling vision, and sparked a censorship controversy that led to the film being banned by Westminster City Council. The film will be introduced by its producer, Jeremy Thomas. Full details

This event is presented by The British Library