This column originally appeared in the Evening Standard.

“Part of building an open, inclusive environment means fostering a culture in which those with alternative views…feel safe sharing their opinions.” Hear, hear. This is a view that so chimes with my beliefs as a free-speech campaigner that I could have written it myself. In fact, those are the words of Danielle Brown, Google’s vice-president of diversity, integrity and governance, in response to the furore over the so-called Google manifesto — the 10-page document in which Google software engineer James Damore outlined his views on why women don’t reach the top roles in certain jobs, arguing why the company’s diversity pushes were misplaced. Google so cherishes diversity it sacked a man for expressing an opinion it didn’t agree with… Spot a problem here?

In all the furore surrounding Damore’s memo, most of the focus has been on critiquing the views he expressed on the differences between men and women, but far less attention has been paid to the broader point he was trying to make: that unpopular views, views that did not accord with the mainstream ideology in the company, could not be expressed. And that this in turn could lead to a monotheistic culture that is not good for business.

“When it comes to diversity and inclusion, Google’s Left bias has created a politically correct monoculture that maintains its hold by shaming dissenters into silence,” Damore wrote. By sacking him, Google made Damore’s point for him.

Damore expressed a viewpoint that did not accord with the mainstream and he was sacked. I have read plenty of articles arguing he was dismissed not for expressing his opinion but because the expressing of that opinion made colleagues feel unsafe or uncomfortable (more on that later), or justifying the sacking because an employer has the right to discipline employees where their behaviour brings the company into disrepute. But actually, what those who defend Damore’s sacking are really doing is reinforcing something that is increasingly prevalent in our societies: a kind of liberal intolerance.

Ideas are not challenged by silencing them.

I heard it a lot in the wake of the killings at French satirical magazine Charlie Hebdo: “I believe in free speech, but…” and after that “but” came all kinds of things that the supposed defenders of free speech were in favour of censoring because they felt such censorship would better protect marginalised communities. The argument seemed to be that by banning certain kinds of speech we would somehow miraculously eradicate the dangerous, insidious and hateful viewpoints that underlie it.

This “it is OK to censor certain opinions” line is one most clearly articulated in universities — something Damore alluded to in his own manifesto. Views that are considered offensive are dubbed harmful, and speakers are drummed off campus — in some cases physically. In one incident earlier this year, Dr Charles Murray — a political scientist labelled a “white nationalist” for his book linking race and intelligence — was attacked by students after he tried to give a talk at Middlebury College in Vermont.

Ideas are not challenged by silencing them. Indeed, the video of Murray being shouted down by a group of students denying his right to speak demonstrates how an event that could have been an opportune moment to challenge ideas with which the students disagreed simply became an exercise in controlling the narrative. Imagine if the opposite had happened. Imagine if a Black Lives Matter activist had been shut down on campus by a ranting white supremacist mob. There would have been an international uproar.

And that’s the point. Free speech — genuine free speech that tolerates the ideas we find most offensive — must apply equally. It must apply to the ideas we hate as much as to the ideas we champion. What protects Damore’s right to opine that women are “more co-operative and agreeable than men” (Seriously? Has Damore met any actual women?) is also what protects my right to say his views are a laughable load of bollocks. What gives my views the right to be protected and his not?

Those in favour of constraining what others say often do so in the belief that it’s easy to identify, and agree on, good and bad speech. But consider the example of Iranian political activist and human-rights campaigner Maryam Namazie who, in 2015, was repeatedly heckled at an event on blasphemy at Goldsmiths college by members of the Islamic Society and accused of Islamophobia. In one of the great ironies created by the growing “safe space” movement, in which offensive ideas are dubbed so harmful they must be silenced, the Feminist Society at Goldsmiths said it stood in solidarity with the Islamic Society.

This equation of offensive speech with harm lies at the heart of the Google manifesto row, and much of the de facto censorship in operation in companies, online and on campus. Focusing on speech as harm is an easy fix. Don’t like what someone says? Ban them and, lo, we will be safer. (Turkey’s President, Recep Tayyip Erdogan, is a current good example of this in practice but the UK government’s repeated attempts to deal with “extremist” speech also risk going down this road). This is an easy fix because dealing with the problems underlying the words are so much harder: discrimination based on race, gender, sexuality, religion.

But homing in on speech is a false and dangerous fix. Banning ideas does not make those ideas go away — all too often the banning of an idea gives it more attention — and silencing those with whom we disagree is not the way to the more tolerant and diverse society Google envisages. Far better to let our opponents speak and then challenge them, openly, vocally. And work harder to address the structural problems that persistently marginalise certain groups and so give them a greater voice. 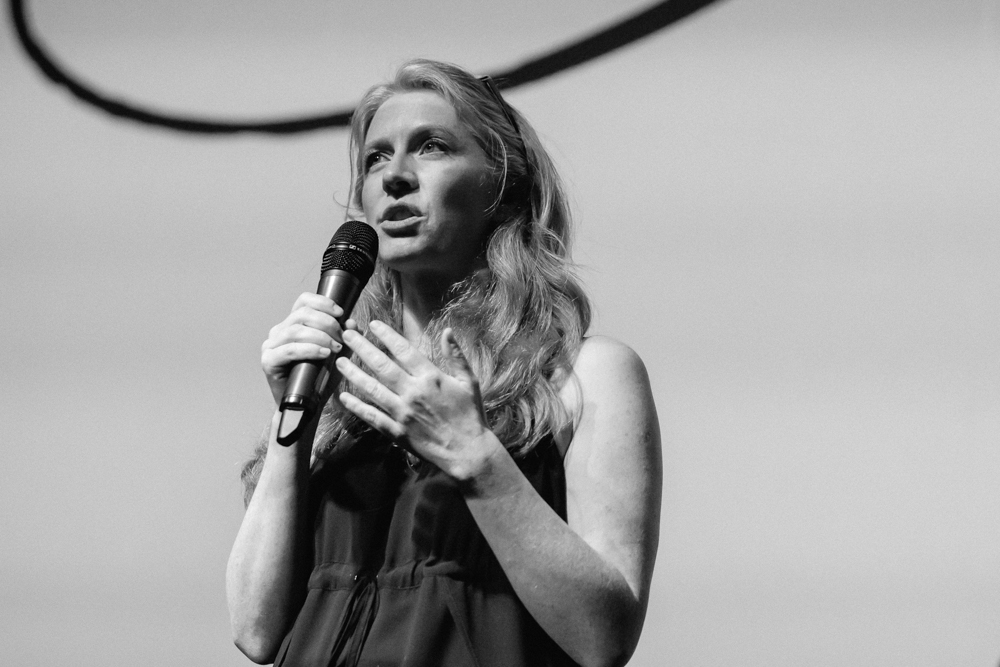 Index on Censorship CEO Jodie Ginsberg to step down in 2020

Jodie Ginsberg to join Internews Europe as CEO Index on Censorship chief executive Jodie Ginsberg will step down in early 2020 after five and a half years in the role, Index said on Wednesday. The board, chaired by Trevor Phillips since 2018, will launch the search for a new chief executive shortly. Since joining in 2014, […] 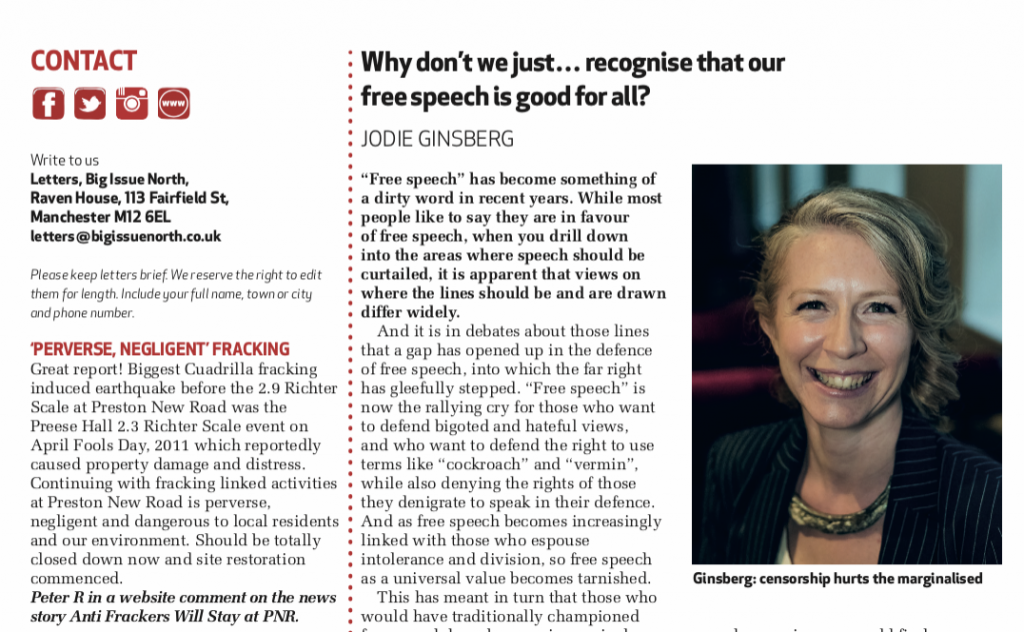 Why don’t we just… recognise that our free speech is good for all? (Big Issue North)

In an editorial, Jodie Ginsberg, chief executive of Index on Censorship says “free speech” is now the rallying cry for those who want to defend bigoted and hateful views

Index at the Power of Print seminar

Now in its ninth year, the Power of Print seminar attracts 200 leaders from the print, paper, publishing, packaging and media industries.