Despite his acquittal, Sheikh Salman will continue to languish in Jau Prison for exercising his right to freedom of expression. 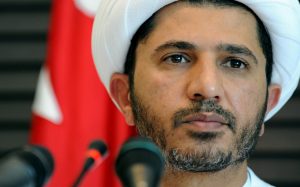 The verdict marked the end of a long, flawed trial. Sheikh Salman was acquitted alongside his two co-defendants and leading figures in the Al-Wefaq party, Sheikh Hassan Ali Juma Sultan and Ali Mahdi Ali Al-Aswad. Sheikh Salman’s co-defendants were tried in absentia.

Sheikh Salman is currently serving a four year sentence in Jau Prison in relation to another freedom of expression case.

Commenting, BIRD’s Director of Advocacy, Sayed Ahmed Alwadaei: “This case should never have been initiated in the first place: Sheikh Ali Salman had been used as a pawn in Bahrain’s game of power politics. Despite his acquittal, Sheikh Salman will continue to languish in Jau Prison for exercising his right to freedom of expression.  His conviction must be overturned and he must be released immediately.”

Timeline of Events According to Bahrain’s Public Prosecution

The Qatari Mediation as Referenced by the 2011 BICI Report

Paragraph 527 of the 2011 report by Bahrain’s Independent Commission of Inquiry (BICI), cited opposition sources suggested that the then Prime Minister and Minister of Foreign Affairs of Qatar, Sheikh Hamad Bin Jassim Bin Jabr Al-Thani, could act as the sponsor of a proposed United States initiative. Opposition sources also indicated that the State of Qatar’s Emir, Sheikh Hamad bin Khalifa Al-Thani, attempted to mediate between the Bahraini Government and opposition parties in the following days, and that this initiative was accepted by the opposition but rejected by the Government.

However, the mediating role of Qatar never arose as an issue before the Qatari crisis of 2017.

Sheikh Salman is currently imprisoned in Jau Prison as a result of a separate conviction related to speeches he delivered in 2014 against parliamentary elections that his party boycotted. Some of Sheikh Salman’s charged included publicly inciting hatred, civil disobedience and for promoting change within the ruling government. He was initially sentenced to four years in June 2015, and increased to nine-year prison sentence by the appeal court and then reduced back to four years on 3 April 2017 by the highest court, In reality he was convicted in relation to peacefully exercising his right to freedom of expression, following a grossly unfair trial.

Early last year, Sheikh Salman was among the 12 opposition activists and human rights defenders who were subjected to degrading treatment in Jau Prison. Since then, he has been denied the right to family visitations and access to books.

On 15 June 2018, in response to a parliamentary question on Sheikh Salman’s case, UK MENA Minister Alistair Burt merely stated that the Foreign and Commonwealth Office had “raised the case at a senior level with the Government of Bahrain”. The Minister, however, has failed to publicly condemn the charges. 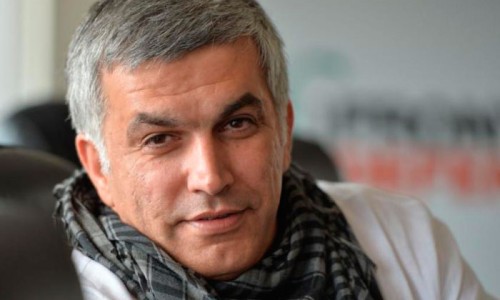 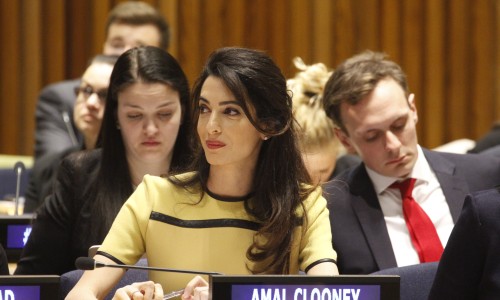 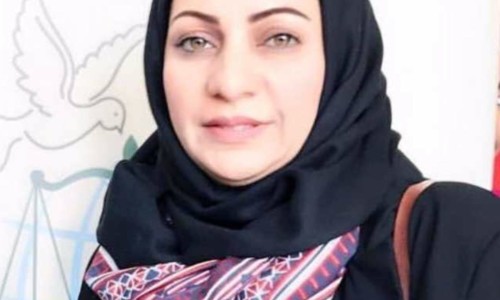 Ebtisam Al-Saegh: “I think about justice and justice for the rest of the victims"
22 Jul 2019