Index on Censorship has raised strong concerns about the government’s focus on tackling unlawful and harmful online content, particularly since the publication of the Internet Safety Strategy Green Paper in 2017. In October 2018, Index published a joint statement with Global Partners Digital and Open Rights Group noting that any proposals that regulate content are likely to have a significant impact on the enjoyment and exercise of human rights online, particularly freedom of expression.

We have also met with officials from the Department for Digital, Culture, Media and Sport, as well as from the Home Office, to raise our thoughts and concerns.

With the publication of the Online Harms White Paper, we would like to reiterate our earlier points.

While we recognise the government’s desire to tackle unlawful content online, the proposals mooted in the white paper – including a new duty of care on social media platforms, a regulatory body, and even the fining and banning of social media platforms as a sanction – pose serious risks to freedom of expression online.

These risks could put the United Kingdom in breach of its obligations to respect and promote the right to freedom of expression and information as set out in Article 19 of the International Covenant on Civil and Political Rights and Article 10 of the European Convention on Human Rights, amongst other international treaties.

Social media platforms are a key means for tens of millions of individuals in the United Kingdom to search for, receive, share and impart information, ideas and opinions. The scope of the right to freedom of expression includes speech which may be offensive, shocking or disturbing. The proposed responses for tackling online safety may lead to disproportionate amounts of legal speech being curtailed, undermining the right to freedom of expression.

In particular, we raise the following concerns related to the white paper:

The wide range of different harms which the government is seeking to tackle in this policy process require different, tailored responses. Measures proposed must be underpinned by strong evidence, both of the likely scale of the harm and the measures’ likely effectiveness. The evidence which formed the base of the Internet Safety Strategy Green Paper was highly variable in its quality. Any legislative or regulatory measures should be supported by clear and unambiguous evidence of their need and effectiveness.

Index is concerned at the use of a duty of care regulatory approach. Although social media has often been compared the public square, the duty of care model is not an exact fit because this would introduce regulation – and restriction – of speech between individuals based on criteria that is far broader than current law. A failure to accurately define “harmful” content risks incorporating legal speech, including political expression, expressions of religious views, expressions of sexuality and gender, and expression advocating on behalf of minority groups.

While well-meaning, proposals such as these contain serious risks, such as requiring or incentivising wide-sweeping removal of lawful and innocuous content. The imposition of time limits for removal, heavy sanctions for non-compliance or incentives to use automated content moderation processes only heighten this risk, as has been evidenced by the approach taken in Germany via its Network Enforcement Act (or NetzDG), where there is evidence of the over-removal of lawful content.

In recognition of the UK’s commitment to the multistakeholder model of internet governance, we hope all relevant stakeholders, including civil society experts on digital rights and freedom of expression, will be fully engaged throughout the development of the Online Harms bill. 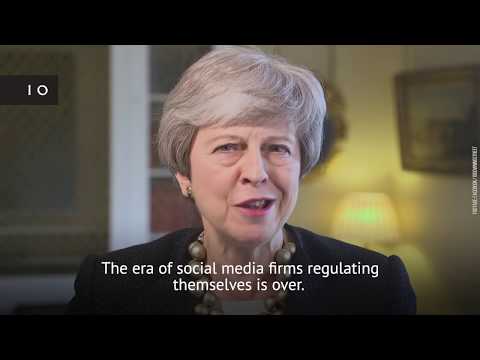 Under pressure to be seen to be doing something, the UK government has rushed out the proposals in the online harms white paper without thinking through the consequences.