A raid on the homes and office of two Northern Irish investigative journalists should be ruled unlawful, freedom of expression groups Index on Censorship and English PEN have said in a submission to the High Court in Northern Ireland.

Index and English PEN have intervened in the case of Trevor Birney and Barry McCaffrey, who were arrested and questioned last year following armed raids on their homes over allegations a confidential document featured in their documentary No Stone Unturned, which examines claims of state collusion in the murders of six men had been stolen.

During the raid, police seized documents, personal computers and USB sticks belonging to family members and copied a computer server that contained years of sensitive reporting by the documentary makers, risking endangering confidential sources unrelated to the film.

Birney, McCaffrey and Fine Point Films will argue in a judicial review case to be heard in Belfast next week that the court should recognise that the search warrants used to carry out the raids were unlawful and improperly executed.

Index on Censorship and English PEN filed a written submission to the court on May 17 after the court granted permission for the organisations to intervene.

“The application for and execution of the search warrants was wholly disproportionate,” the submission states, noting the “chilling effect” of such orders. “That chilling effect is considerably more acute when the application is made ex parte [with respect to or in the interests of one side only or of an interested outside party], when authorities on the rights of journalists are not brought to the Court’s attention, and when the manner of the execution of the search warrants is so severe… such conduct is likely to have the effect of intimidating journalists throughout Northern Ireland and further afield.”

Index on Censorship and English PEN are represented by solicitor Darragh Mackin at Phoenix Law and barrister Jude Bunting at Doughty Street Chambers. 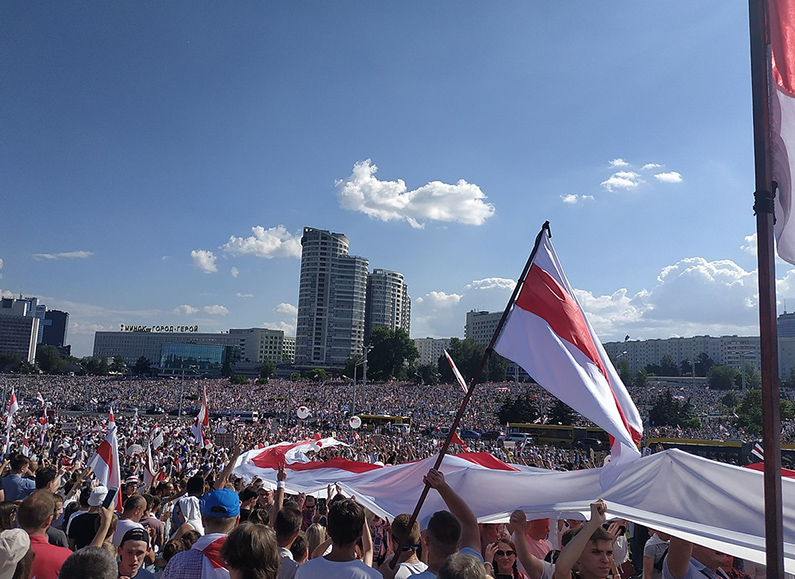 Roman Protasevich is a dissident and an activist, but above all a journalist