MEDIA FREEDOM
Ukraine: Press freedom violations May 2019
31 May 2019
BY INDEX ON CENSORSHIP

16 May 2019 — Oleg Baturin, New Day online outlet correspondent, was assaulted by a deputy of the Kherson regional council in Kahovka. The official blocked the journalist, grabbed his hands and threatened to cripple him.

Journalist assaulted by a government official in Kyiv

15 May 2019 — Volodymyr Tymofiychuk, 1+1 TV Channel correspondent, was assaulted by a government official in Kyiv. The official pushed the journalist, grabbed his clothes and hands. 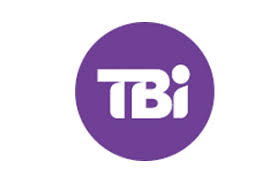 12 May 2019 — The editor-in-chief of TVi Channel Vladimir Yegorov said that his car was set on fire in Kyiv, the Ukrinform news agency reported.

“Today, at 4:30 am, my car was set on fire, I associate it with my professional activity,” Yegorov posted on Facebook. According to Yegorov’s version of events, arson is suspected because his neighbors heard the sound of an explosion before the car caught fire.

9 May 2019 —  Natalia Polishchuk, Maria Petruchyk and Vyacheslav Moroshko — journalists working for Avers TV channel — were assaulted by customs officers at the Yagodyn border crossing with Poland.

The journalists were investigating a large shipment of amber, which was alleged to have been smuggled to Poland through the Yagodyn customs station. They entered a restaurant where customs agents were attending a party and began asking questions about corruption and the amber smuggling. According to Avers, the officers who were present behaved aggressively and assaulted the journalists. One journalist’s finger was bruised and the crew’s camera was broken, 1+1 TV channel reported.

“Two men approached me, they started tugging at me, tore my jacket, hit the cameraman, hit the camera,” Polishchuk said. Petruchyk reported, “He wrestled my phone out of my hand, used brute force, my hand is damaged, he tore my journalist’s ID off me.”  The officers also forcibly took the journalists’ driver’s licenses, car documents and bank cards. A customs officer told one of the journalists he would “bury her” the following day. The journalists managed to film a part of the incident. 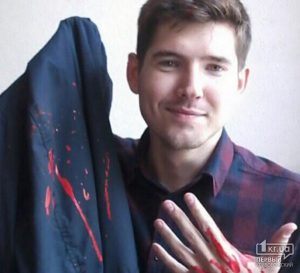 9 May 2019 — Unidentified persons threw red paint on people during a commemorative march in the Dnipro city (Dnipropetrovsk). As a result of the attack, a journalist from Kryvyi Rih and the operator of the 34th TV channel were injured, Pervyy Krivorozhskiy TV channel reported.

Journalist receives death threat after arson attack on her home 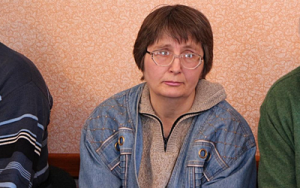 “Yesterday to my friend came close a woman under thirty – with dyed hair, in black glasses in the central market of the city of Novovolynsk. The woman firmly took her by the hand and said: Tell Kamyshnikova this was just the first warning. We will kill her, let her prepare a coffin,” the journalist wrote on Radar website.

On the night of May 1, two unidentified men set fire to a the house belonging to the journalist. Kamyshnikova claimed this had been done out of revenge for one of her articles.

Journalist assaulted in Odessa, had sewage poured at her

7 May 2019 — Svitlana Pidpala, activist, journalist and blogger, was assaulted in Odessa’s Summer Theater were she was filming a public event. An unidentified person poured a bucket of sewage on Pidpala. Her equipment was damaged.

Journalist falls into coma after assault 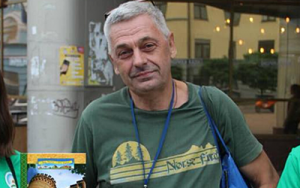 4 May 2019 — An unidentified person armed with a hammer assaulted journalist and blogger Vadim Komarov in the center of Cherkasy, IMI reported.

According to the National Police, Komarov was walking down the street, when an assailant hit him in the head several times and severly injured him. After that, the attacker fled the scene. Casual passers-by found the badly wounded journalist and called an ambulance at about 9 am. Komarov was operated on the local hospital. According to the doctors quoted on a local online news outlet Procherk, Komarov received an open craniocerebral trauma. The operation lasted two hours after which the journalist fell into a coma.

The police is investigating the case under the criminal article “assassination attempt”.

Komarov is known for his investigation of corruption among city authorities. The journalist has already been assaulted in the past. On 7 September 2016, an unknown person shot at Komarov in Cherkasy, but the bullet hit the wall.

The OSCE Representative on Freedom of the Media, Harlem Désir, expressed his deep sorrow following the death of Komarov. “I am deeply shocked by the death of Vadim Komarov, who was brutally attacked last month in Cherkasy and suffered from serious head injuries,” Désir said. “Vadim Komarov was a well-known media professional who reported about issues of public importance for many years, including by exposing corruption and uncovering abuses of power.” “I strongly condemn this horrendous attack. Those responsible for this crime must be identified and face justice. I reiterate my call on the Ukrainian authorities to complete the investigation in a vigorous and swift manner. It is regrettable that about one-and-a-half months after the attack the law enforcement have not yet identified the perpetrators nor reported any progress on the investigation. Violence and attacks against journalists are unacceptable and must stop. Impunity would be a victory for those who wanted to silence Komarov and to intimidate the press. All OSCE participating States should take effective and resolute actions to prevent and end impunity for such crimes,” Désir said. “I send my sincere condolences to his family, colleagues and friends,” the Representative said.Head of the National Union of Journalists Serhiy Tomilenko said the cause of the murder was the Komarov’s journalistic work. “The murder of Vadim Komarov is a crime against all journalists in general,” Tomilenko said. Also, Tomilenko called journalists for solidarity, because this “topic is important for the survival of a journalist profession in Ukraine.”

2 May 2019 — A retired woman armed with a knife tried to assault Olena Solomonova, Odessa.online correspondent, and knocked the phone out of her hands during a commemorative event in Odessa. 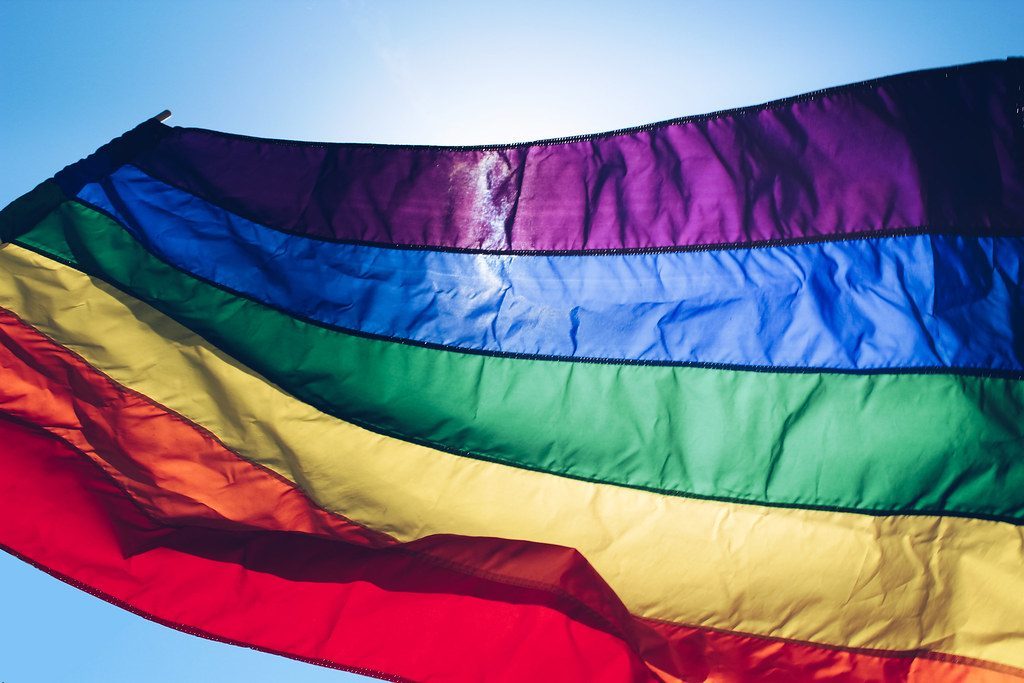 Dear Editor, As proud members of the LGBTQ+ community, we know first-hand the vile abuse that regularly takes place online. The data is clear; 78% of us have faced anti-LGBTQ+ hate crime or hate speech online in the last 5 years.1 So we understand why the Government is looking for a solution, but the current [...] 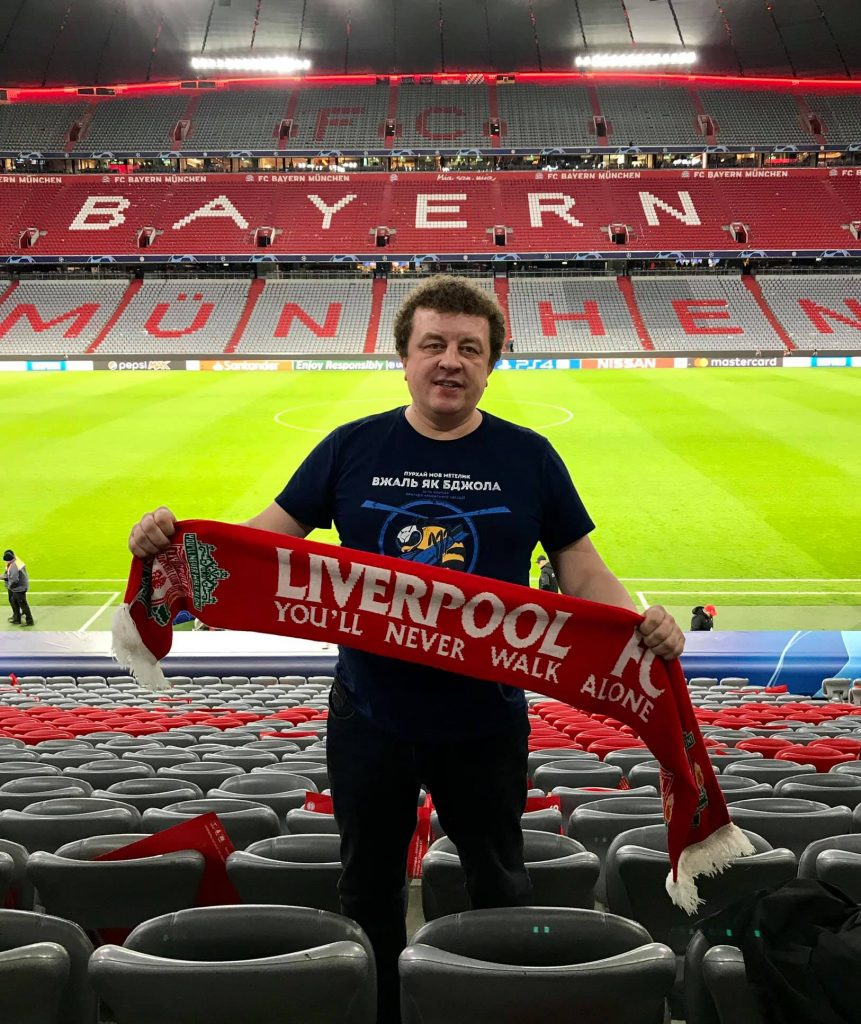 Journalist and former Index colleague Andrei Aliaksandrau Few things can better describe the spirit of Liverpool fans better than the words etched in gold above the Shankly gates. When Richard Rodgers and Oscar Hammerstein sat down to write the musical Carousel and its anthem, You’ll Never Walk Alone, they did not envisage it becoming a [...]