NEWS
Ebtisam Al-Saegh: “I think about justice and justice for the rest of the victims"
22 Jul 2019
BY MAYA RUBIN 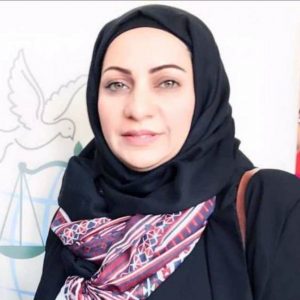 “My main objective is to tell about the truth and whatever is going on on the ground,” said Ebtisam Al-Saegh, a Bahraini human rights activist, through Jawad Fairooz, a former Bahraini MP and the executive director of the organization SALAM for Democracy and Human Rights, who served as her translator. “This objective is what made me targeted.”

Al-Saegh’s story unfolds like a cautionary tale. A networking officer for SALAM and a member of the Bahrain Human Rights Observatory, Al Saegh first came under suspicion in November 2016, for a series of posts she made on Twitter. This was nothing out of the ordinary: Al Saegh said she could “give many examples of activists who use Twitter to express their views and opinions and have been targeted, some of them have been sentenced 1-3 years.” She was questioned by Bahrain’s Public Prosecution Office, accused of inciting hatred against the Bahraini regime and threatening public safety and security. She was questioned again before leaving the country in January 2017, and detained for seven hours at an airport in March 2017.

In May 2017, Al-Saegh was detained by Bahrain’s National Security Agency. While being interrogated, Al-Saegh was beaten, sexually assaulted, and physically and psychologically tortured. She bravely described humiliating and inhumane treatment at the hands of the Bahraini police, who even prevented her husband from bringing her personal clothing and food at night during the fast month of Ramadan, during which she was detained.

In July 2017, Al-Saegh’s family home was ransacked and she was detained yet again. Without a warrant, police confiscated every mobile phone in her home and took valuable items like cash and personal jewelry. She was again interrogated, tortured and sexualy assaulted. She recalls her abusers telling her, “We have enough reasons to keep you under custody, and you will be sentenced with between 10 to 15 years, and no one will defend you. No human rights groups, even the human rights council cannot defend you or you will never be released and there will never be any mercy for you.”

She was brought to Isa Town Women’s Prison, where fellow inmates reported that she looked visibly injured. For two months, she recalls being placed in solitary confinement and forbidden from interacting with fellow inmates. After a month-long hunger strike, she was finally permitted to interact with other inmates — at first, only non-Bahrainis, but she was eventually fully reintegrated into the prison.

She was also allowed to see her family, and document some of the conditions of her imprisonment. She remembers that as a result of horrifying treatment at the hands of the Bahraini authorities, her son had developed psychological problems. She was released pending trial for terrorism-related offenses. She was imprisoned for a total of four months, and suspects that media coverage and advocacy by international human rights organizations sped up her release, which was far sooner than the release of many of her friends and colleagues who remain incarcerated for similar reasons. Upon her release, she attempted to reclaim the property that had been stolen by Bahraini authorities. The authorities denied ever taking certain valuables, including jewelry, but forced her to sign a form declaring that all confiscated property had been returned.

“The detained and interrogated me so many times, and the accusation they’ve given is that I am fabricating stories or that I am threatening the civil peace within society,” Al Saegh said. “My crime was that I wanted to implement the mechanism of international human rights… and the principles of human rights within society.”

Bahrain was once the gold standard for media freedom among Gulf countries, permitting a relatively free press and government criticism from independent media. Yet following Arab Spring-inspired protests in 2011, King Haman bin Isa Al Khalifa began cracking down on dissidents, specifically targeting those who spoke out against Islam or the current regime. The conditions for media freedom worsened in July 2016 when, according to Freedom House, “[Bahrain’s] information minister issued new regulations requiring newspapers to obtain annual, renewable licenses to publish online. It also prohibited live streaming video, as well as video clips longer than 120 seconds in length.”

Ever since a series of protests for Shi’a Muslim equality in 2007 became violent — Bahrain’s ruling family is Sunni though the country’s religious majority is Shi’a — police violence, poor prison conditions and the torture of detainees have escalated. A report by the Bahrain Independent Commission of Inquiry in 2011 recorded several individuals killed under torture after abuse during detention. According to Al-Saegh, “The king issued a royal decree sentencing any activist that is retweeting or trying to follow any of the bloggers or Twitter activists who are writing anything against the policy of the government. The punishment for such actions can be up to five years.”

Al-Saegh’s experience is devastatingly common. Fairooz also mentioned torture and sexual abuse during his own imprisonment, and both he and Al-Saegh mentioned the case of Nabeel Rajab, another prominent Bahraini human rights activist who was sentenced to five years in prison in February 2018.

Even speaking out about experiences being tortured by Bahraini authorities can make activists like Al-Saegh and Fairooz vulnerable to more abuse. “Part of the reason for recording this story… is to encourage the rest to talk about it,” said Fairooz. “We want the act to be shameful not for the victims, but to be shameful for the torturers. By bringing up these stories, we encourage the victims to be healed.”

Al-Saegh believes that speaking out is worth the risk of losing even more than she already has. “I don’t think about any material things that have been taken away from me, no jewelry, no other items,” she said. “I think about justice and justice for the rest of the victims. Without that, I will not be ready to compromise at all.” 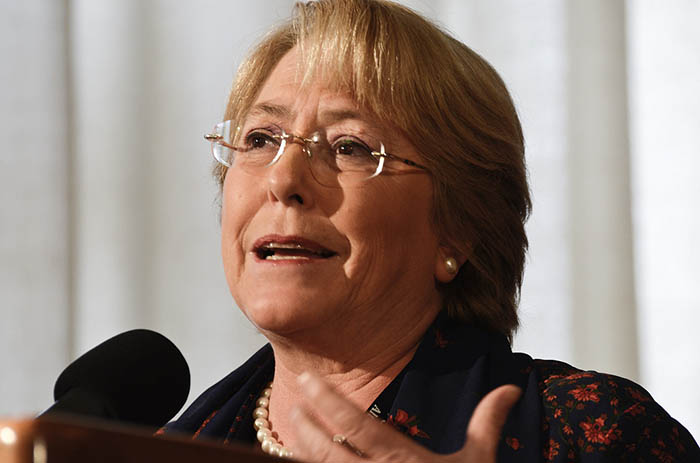