STATEMENT
Turkey: "Trial is in itself an act of intimidation"
24 Jul 2019
BY INDEX ON CENSORSHIP 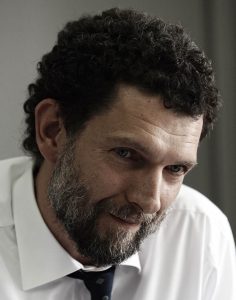 We, the undersigned human rights and freedom of expression organisations, condemn the interim judicial decision taken in the second hearing of the Gezi Park trial. The indictment accuses 16 civil society figures and arts practitioners in Turkey of having planned to “attempt to overthrow the government” and of having financed the peaceful Gezi Park protests. If found guilty, they face a sentence of life imprisonment without parole.

We share the view that “the trial is in itself an act of intimidation”, having been opened 6 years after the Gezi protests took place in 2013. We are extremely concerned that this trial may once again contribute to creating a chilling effect on the fulfillment of the rights to freedom of assembly and expression and the legitimate right to protest as enshrined in the Turkish Constitution. We call for a concerted response by the European Union and Europe Member States to put urgent, consistent and collective pressure upon the Government of Turkey to restore the rule of law and the independence of the judiciary in Turkey.

On 18 July 2019, the judicial panel decided to reject the requests of defence lawyers for the release of Osman Kavala from 21 months of pre-trial detention and for the lifting of judicial control measures, including the travel ban, on the other defendants. Sarah Clarke, ARTICLE 19’s Head of Europe and Central Asia, said: “This decision represents a disturbingly clear example of the continuous absence of the rule of law and lack of independence of the judiciary in Turkey.” The indictment itself shows the total lack of tangible evidence for these allegations.

We strongly object the continuing pre-trial detention of Osman Kavala, who has now been in a maximum-security prison for 631 days. Kavala said in his defence statement, “I was never asked to make any statements during my time in detention or in custody with the police in relation to the allegations against me. I was not questioned by the prosecutor at any time after I was arrested. The indictment was prepared 16 months after I was arrested and this too indicates that there was no evidence to hand.”

Grounds for Kavala’s arrest are insufficiently supported in the indictment, raising serious concerns relating to the proportionality and legitimacy of his arrest. The lengthy pre-trial detention, which started 4 years after the Gezi Park protests took place, is unwarranted and disproportionate as a legal precaution against the defendant’s absconding or posing a ‘threat to society’. The excessive length of Kavala’s pre-trial detention of 21 months, his rights to presumption of innocence, to humane treatment, to the right to a fair trial and to liberty and security have all been violated in the most unnacceptable manner. 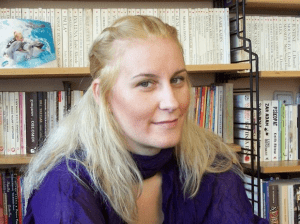 During the second hearing, defence lawyers argued that the evidence collected between May and November 2013 in relation to the Gezi protests was “re-evaluated”. In an earlier case drawing on some of the same evidence, an Istanbul court in 2015 acquitted all 26 defendants (including two of the defendants in the current Gezi Park case, (Mücella Yapıcı and Tayfun Kahraman). In the current case, the court has failed to take into consideration that 2015 judgement.

Furthermore, the defence demonstrated the inappropriateness of the charges under Article 312 of the Turkish Criminal Code which clearly includes the reference to an “act of force or violence” in the definition of the offence. The 2013 Gezi Park protests represented a peaceful and non-violent movement. The actual excessive use of force was that used by the police against civilians including the extensive use of teargas against the crowds. The indictment, as the defence lawyers proved time and again, contains no reference to an armed organisation (as per Article 314 of the Turkish Criminal Code), which further questions the basis of the accusations.

Norwegian PEN President, Kjersti Løken Stavrum said, “We will continue to monitor this trial and to advocate for all charges to be dropped against the 16 defendants. The fact that the 657-page indictment, bereft of concrete evidence, was accepted by the judicial panel is sadly, once more a clear indication of the poor state of the rule of law in Turkey.”

The next hearing of the Gezi Park trial will take place in Silivri on 8-9 October 2019, when other defendants will be heard and plaintiffs’ requests will be evaluated by the court.

Turkish writers need to “hold people in power” to account

The three most frequently used means of targeting journalists in Turkey in 2019, according to new analysis by our Monitoring and Advocating for Media Freedom project

There were 10 incidents in Turkey in October 2019 recorded by Index’s monitoring project.