26 September 2019 – The head of the Slonim district government Henadz Khomich sued Stiapan Putsila (better known by his pseudonym Stsiapan Sviatlou), the blogger behind NEXTA, one 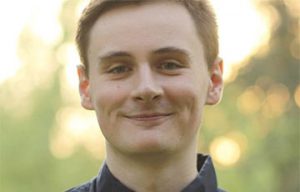 of Belarus’ most popular Telegram channels.

Khomich’s is suing Putsila for 50,000 roubles (nearly £20,000) worth of compensation for what he says is “moral damage” for a post that Putsila published in August 2019. In the post, Putsila said that Khomich had been detained for drunk driving and suggested that corruption was involved. Similar lawsuits have been filed against news websites belaruspartisan.by, 21.by, and bobruisk.ru, which republished the message.

24 September 2019 – Blogger Andrei Pavuk from the town of Aktsiabrski in the Homel region received threats from an unknown person via Viber.

The messages were received on the eve of the court hearing of his lawsuit against the police aimed at receiving compensation for an unlawful search and detention, which Pavuk believes was done to intimidate him and to exert psychological pressure on him.

In March 2019, police raided Pavuk’s apartment, seized his professional equipment, handcuffed him and brought to the local department of the Investigative Committee for interrogation. The blogger was told he was held on suspicion of knowingly submitting a false danger warning to the authorities under under Art. 340 of the Criminal Code of the Republic of Belarus. Investigators alleged that the Ministry of Emergency Situations received a warning message from his email.

19 September 2019 – Darya Chultsova, a Mahiliou-based freelance journalist, was summoned to Bialynichy District Police Department for questioning. Because she is not associated with an accredited news outlet, a police report was filed against her for illegally producing and distributing media content under Article 22.9 of the Code of Administrative Offences.

The police report stated that on 21 August 2019, Chultsova interviewed students’ parents at a high school. The next day, the interviews were allegedly shown on Belsat TV.

18 September 2019 – Freelance journalist Zmitser Mitskevich was fined by Pastavy District Court (Vitsebsk region) for contributing to Belsat TV. Because he is not associated with an accredited news outlet, he was charged with illegally producing and distributing media content under Art. 22.9 of the Code of Administrative Offences.

17 September 2019 – Brest-based bloggers Siarhei Piatrukhin and Aliaksandr Kabanau learned that they are being sued for defamation by the lead-acid battery plant, I-Power, at the Brest Region Economic Court.

The lawsuit stems from the journalists’ interview with two environmental activists who claimed that contamination resulted from environmental violations committed by I-Power. The interview appeared on the YouTube channel Narodnyj Reportior.

It is not the first time that Kabanau and Piatrukhin have been sued by I-Power: in 2018, a judge ordered the bloggers to remove their YouTube video about the construction of I-Power’s battery plant and to publish an apology.