GUEST POST
He is loathsome, but I will always defend Ken Loach's right to offend me
16 Feb 2021
BY STEPHEN POLLARD

I can think of few public figures I hold in greater contempt than Ken Loach. Mr Loach may be an esteemed film maker but I regard his politics as those of the sewer. His involvement in the cancelled original production of Perdition, the notoriously antisemitic play, ought to have led all decent people to shun him. Far from that happening, however, he has been widely feted and his career has soared. And yet not only do his views remain the same, he misses few opportunities to promote them.

In short, I loathe the man and find him deeply offensive.

All of which is true, but all of which should be irrelevant to anyone but me and those who are interested in my views of Mr Loach. There are many other public figures whose views I find deeply offensive. To which you rightly respond: Who cares?

Except people do care. Not about my specific response, but about the offence Mr Loach generates among many of my fellow Jews. And that is an issue.

Earlier this month, a brouhaha arose over a decision by students at St Peter’s College, Oxford, to invite Mr Loach to speak (as it happens, about his films rather than, er, Jews). Would I have invited him? I think you know the answer to that. But the invitation was issued, Mr Loach accepted, and we are where we are.

Vile as I – and, let’s be clear, many others – may find him to be, if a group of Oxford students wish to hear from Ken Loach, so be it. He has broken no laws when speaking and has as much right to put forward his views – and, of course, to talk about his films to a group of people interested in hearing from him about them – as anyone else.

Ordinarily, that would have been the end of the matter. But when the event was made public, the Board of Deputies of British Jews weighed in, demanding that the invitation be withdrawn. They argued – correctly – that many Jews find Mr Loach’s views deeply offensive. But, bizarrely and ludicrously, they concluded from this that he should therefore have been banned from speaking.

The sheer idiocy of this position takes some grappling with. For most of my time as editor of the Jewish Chronicle, a recurring story has been how representatives of Israel face violence and intimidation on campus to stop them speaking. In other words, one group of people believe that the offence they take at hearing a certain view entitles them to silence that view. The Board of Deputies has rightly criticised such attempts.

Do they really not see the contradiction? For Jewish students, the greatest campus battle at the moment is the right to be heard. All too often they are shouted down and attacked by anti-Israel activists. The Board of Deputies’ position is that if someone is regarded as offensive by enough people, they should be denied the opportunity to speak. Presumably anywhere, always. If Mr Loach is to be denied the chance to speak at St Peter’s, is he also to be barred from promoting his films? Or from making films?

As one can see, the whole thing unravels with a moment’s thought – as well as being so obviously counter-productive. It will not be long before the next attempt to silence an Israeli speaker, this time doubtless claiming to be based on the Board of Deputies’ own logic, that their presence is offensive to many people.

As readers of this site well know, free speech issues can be complicated. But not always. Sometimes the issue is obvious. I loathe Ken Loach. But I defend his right to speak. 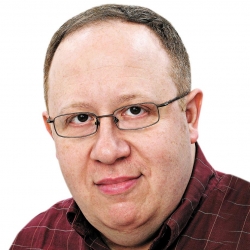 One response to “He is loathsome, but I will always defend Ken Loach’s right to offend me”