Delfin Mocache Massoko, an investigative journalist from Equatorial Guinea, has been the subject of threats following the publication of an article alleging corruption at the highest level in his home country.

Mocache Mossako is the founder of Diario Rombe, a website dedicated to Equatoguinean affairs based in Spain, where he has refugee status. He was one of the authors of a cross-border investigation published in January by the Organised Crime and Corruption Reporting Project.

According to the investigation, Gabriel Obiang, minister of mines and hydrocarbons and son of the President of Equatorial Guinea, diverted funds into offshore companies controlled by his associates.

A Twitter campaign launched by South Africa-based lawyer NJ Ayuk (who has close ties to the Obiang family) accused Mocache Massoko of spreading misinformation. One tweet read: “the lies of Delfín Mocache … have generated an incalculable amount of damage to many people, businesses and Africans.”

In another tweet, Ayuk said: “He is scared because we are going to catch him… those responsible for his lucrative lies. I’m looking forward to questioning these money-hungry charlatans. You will have a lot of fun. We will imprison him.”

At present, there is no suggestion that Ayuk is threatening anything beyond lawful investigation and prosecution, but there is a risk that his words will be misinterpreted in the environment of a country where dissidents are forced into exile.

Mocache Massoko told Index: “There is a history of citizens of Equatorial Guinea critical of the country’s political system being abducted abroad and clandestinely transferred to African prisons. In the past there have been cases of torture against dissidents, activists, and human rights defenders.”

This week, a South African court ordered Ayuk and his company, Centurion Law Group, to cease its campaign against Mocache Mossako and OCCRP and issue apologies. However, they responded today by issuing further threats to issue “multiple legal claims in various jurisdictions. 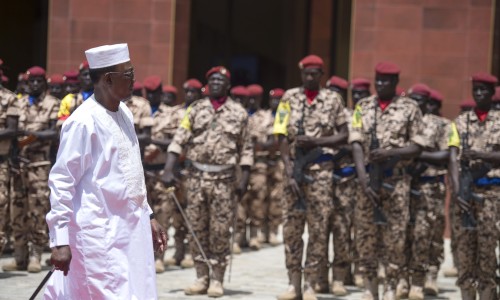 Chad: Return to democracy still seems a distant prospect
27 May 2022