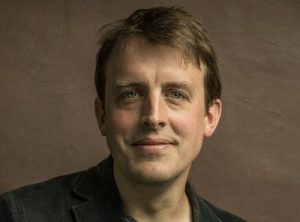 Index on Censorship is extremely concerned at the lawsuit that has been filed against author and journalist Oliver Bullough (right). Bullough is being sued in Portugal by the vice president of Angola for €525,000 in relation to his award-winning non-fiction book, Moneyland.

The complaint relates to questions Bullough raised in his book about how Angola’s Vice President Bornito de Sousa Baltazar Diogo could have afforded to spend USD $200,000 on custom-made bridal wear for his daughter. De Sousa claimed that he paid for the dresses on his public servant’s salary, after the shopping spree was featured on the US reality TV show “Say Yes to the Dress”.

“We need investigative journalism to hold power to account. How can journalists be expected do this if they are being subject to aggressive legal claims in plaintiff-friendly jurisdictions?” said Jessica Ní Mhainín, Policy and Campaigns Manager at Index on Censorship. “Bullough is being sued for more than half a million Euro in a jurisdiction he has never before set foot in, for publishing information that is clearly in the public interest.”

Bullough’s Portuguese publisher, 20/20 Editora, is named as the second defendant in the lawsuit. Separately, de Sousa is suing Portuguese anti-corruption activist Paulo de Morais, co-founder of the Portuguese chapter of Transparency International, who recounted the purchases on Portuguese television.

Index on Censorship has filed a Council of Europe media freedom alert.