MAGAZINE
Change in the pipeline?

Despite one high-profile success by indigenous people in the USA, these communities still face an uphill battle when it comes to stopping the construction of pipelines on their land

Most Americans do not need to worry about the oil pipelines that fuel their cars, and most live with their water supplies comfortably distant from any risk of a spill. Yet indigenous communities in the USA cannot count on having clean drinking water because the country’s thirst for gas is fed by pipelines that cross their native lands.

Over the past decade, the construction of three such pipelines has been challenged by environmentalists and indigenous communities due to the risk to the environment and the violation of tribal sovereignty. The Dakota Access Pipeline, the Keystone XL Pipeline, and Line 3 each run through reservation land against the express wishes of the tribes the lands belong to.

The Keystone XL pipeline had its permit cancelled in June 2021 by president Joe Biden’s administration. Faith Spotted Eagle, a leading activist against the pipeline and a member of the Ihanktonwan Dakota nation, told The Guardian the executive order was “an act of courage and restorative justice by the Biden administration.” The pipeline had faced constant protest from environmental and indigenous groups in the 10 years since it had been proposed. The administration’s executive order stated that “the United States must be in a position to exercise vigorous climate leadership in order to achieve a significant increase in global climate action and put the world on a sustainable climate pathway.” But what is unclear is why this pipeline is different from any others.

A question of tribal sovereignty

In Minnesota, activists and community members are gathering in response to the Line 3 project that puts the water sources of three reservations—Leech Lake, Red Lake, and White Earth—at risk from oil spills and cuts through treaty land in violation of tribal sovereignty.

Tania Aubid, an elderly activist who grew up in treaty territory, carried out a 28-day hunger strike to protest the pipeline.

“It’s my future grandchildren and great grandchildren coming standing up to the pipeline… What I’m hoping for is to be able to have a healthier ecosystem for us to be able to live in,” she told the Stop Line 3 campaign.
Activists are calling for the government to take similar action against this pipeline. Winona LaDuke, an Ojibwe leader and Indigenous rights organiser who was arrested at a Line 3 protest and spent three nights in jail, told online magazine Slate: “Biden’s acting like he cancelled one pipeline so he gets a gold star. But you don’t get a gold star from Mother Earth to let Line 3 go ahead.”

She added: “It’s brutal up here. I’m watching a very destructive pipeline tearing through the heart of my territory. That’s why Joe Biden should care. Because it’s wrong.”

The pipeline is disrupting the watershed and traditional wild rice habitats.

A Canadian oil pipeline corporation, Enbridge, has proposed the expansion of Line 3, which was responsible for the worst inland oil spill in US history in 1991. The Biden administration, which is backing Trump-era approval for the pipeline, has turned down any requests for comment.

The Justice Department said the 2020 approval “met its … obligations by preparing environmental assessments” and asked the courts to reject any case brought against the project. This month, the Minnesota Supreme Court upheld state regulators’ approval of the project, and Enbridge says the pipeline is on track to be completed by the end of the year.

If a year is a long time in politics, five years is almost an eternity.

In 2016, social media images from the protests at the Standing Rock Reservation in North Dakota and South Dakota shocked Americans. A grassroots movement against Energy Transfer Partners Dakota Access Pipeline caught the nation’s attention when activists stood against the construction of the pipeline, creating the single largest gathering of Native Americans in 100 years.

Protesters had to withstand police violence, including excessive use of pepper spray, water sprayed from high-pressure hoses, and attacks from police dogs. The pipeline was planned to run from North Dakota’s Bakken oil field to southern Illinois, crossing through the Standing Rock Reservation on the border of North Dakota and South Dakota and beneath their main water source, Lake Oahe.

Standing Rock is the sixth-largest Native American reservation and home to nearly 9,000 members of the Hunkpapa and Sihasapa bands of Lakota Oyate and the Ihunktuwona and Pabaksa bands of the Dakota Oyate. The community and independent experts believed that a potential rupture of the pipeline was a serious threat to the clean water supply. The path of construction cut through historically and religiously significant land. Finally, the pipeline would disrupt the reservation’s natural ecosystem.

This pipeline had been rerouted from crossing the Missouri River near Bismarck, North Dakota, a far wealthier, predominantly white community, over concerns about proximity to water sources and wetlands.

Youth and women’s groups from Standing Rock and surrounding communities organised a campaign to block the construction of the pipeline, using the hashtag #noDAPL on social media. “Water protectors” encamped around Standing Rock, creating protests that reached the size of a small city, in an attempt to block construction.

The Barack Obama administration halted the construction of the pipeline by executive order. However, in January 2017, the Trump administration issued an order allowing its resumption. The pipeline was completed in April 2017.

Ryan Vizzions began his independent photography career with the 2015 Black Lives Matter protests in Atlanta. When he heard about the #noDAPL protests, he saw the similarities with the civil rights movement. A planned four-day trip to cover it turned into a six-month commitment; he went back to Atlanta just long enough to quit his job and put all his belongings into storage so he could stay with the protests and help stop the pipeline. He captured the police violence in photos, but he also documented the camps which were “filled with song and prayer, ceremony and community”.

His images of Standing Rock capture the mistreatment of a community that so much of the USA has ignored. After his images of police violence went viral, money poured in from supporters, turning the camps into communities with enough resources to feed and house protesters.

Vizzons said that by winter, PTSD from the police violence was common throughout the camp and as national attention faded and temperatures dropped, people began leaving.

The community in the camp “was a beautiful moment in history”, he said, adding that what made Standing Rock different was how their voices reached their audience: “Mainstream media tried to avoid the Standing Rock movement until social media made it impossible. We were the news, not them and they hated it.”

Since the arrival of the first Europeans, North America’s indigenous people have been forced off their land and have had to watch as it has been urbanised. The further west mainstream settlements expanded, the more the government would push tribes further off their land by breaking treaty promises and committing or allowing grotesque violence against indigenous people.

Through physical force and economic manipulation, the government forced indigenous people onto the country’s most desolate lands in what is now the reservation system, and despite promises of tribal sovereignty on reservations, reservations still face exploitation and violation of land rights while lacking the political voice to stop the government or government-backed corporations.

The Standing Rock episode is one of the most notable modern instances of harassment and discrimination against the American indigenous population, but the struggle to be heard has long been part of being an indigenous person in the USA.

Today, Standing Rock people live with the pipeline and continue the struggle to be heard by their local government and financial institutions. The community faces challenges for which it is less easy to rally support on social media, such as struggling to obtain bank loans or teen depression.

Joseph McNeil, Jr grew up in New York but moved back to his family’s home in Standing Rock 34 years ago. He has been a tribal council member and today is the general manager of Standing Rock’s wind farm organisation. Striving for energy and financial independence, the Standing Rock Renewable Energy Public Power Authority pursues wind power as a solution that is both green and affordable.

As general manager, McNeil and the authority prioritise balancing Standing Rock’s energy needs with environmental protection and climate justice, a fundamental belief that makes the existence of the Standing Rock pipeline untenable. The Standing Rock Council is also working to create a credit union to increase economic stability amongst the native people. With their renewable energy sources and a credit union, the goal is to deconstruct the two major ways their community is oppressed.

McNeil said the reservation faced the constant struggle of not having economic assets to pursue their business plans and grow the capital of the reservation. He described the institutional oppression the community faces, saying that “business and government are hand in glove.” The reservation system denies land ownership to residents, crippling them economically and politically.

“It’s hard to get a home loan if you have an address on the reservation,” said McNeil.

He described the psychological impact on his community: “The desperation…the kids didn’t have hope…they’ve seen the cycle of [financial] and emotional poverty”

The lack of opportunity on reservation and the racism they faced off it led to a rash of teen suicides 10 years ago and is a major motivation for the work to provide for the community, who live with the pipeline running through its land.

“I feel devalued when I turn the water on, I feel my kid’s lives are devalued,” said McNeil. “We fought it tooth and nail. We said no from day one.”

A lack of voice

Indigenous groups along the Line 3 route are hoping the same does not happen to them.

Earlier this year, activists started creating ceremonial lodges and resistance camps along the path of construction and some attempted to block the work by forming a human chain.

Just like at Standing Rock, the environmental impact report was rushed and incomplete, and police have been using similar aggressive techniques to those seen in 2016 in Standing Rock: rubber bullets, fire hoses, and police attack dogs.

The pipeline is nearing completion, and the three reservations are facing the timeless American practice of exploiting indigenous people’s lack of voice for the economic gains of mainstream culture.

Stop Line 3 has published its grievances against the pipeline.

Its construction is disrupting shrinking wild rice habitats. Meanwhile, over a 10-year period, according to the US Department of Transportation, an “average” pipeline has a 57% chance of spills.

Stop Line 3 also argues that the state of Minnesota does not have the consent of the tribes or jurisdiction over tribal land and therefore it is a violation of tribal sovereignty and what the organisation calls “modern-day colonialism”.

“The phrase ‘new oil pipeline’ should not even be in our vocabulary,” it argues because the overwhelming consensus of scientists is that carbon emissions must be drastically reduced to stop the growing climate crisis.

Once again, indigenous people and big business, and the planet and the government are facing off. That should be food for thought for Americans driving in their gas-guzzlers. 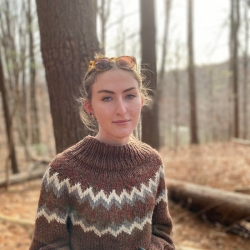 Bridget Byrne
Bridget Byrne is an intern with Index On Censorship and a sophomore at the University of Maryland, majoring in journalism and government and politics.