NEWS
Kazakh family share horror of speaking up about Xinjiang

First he fled Xinjiang. Then Kazakhstan. And then Turkey. On 20 January 2021 Serikzhan Bilash, a prominent human rights defender and activist, travelled alone to the United States to seek asylum. He left behind his wife, Laila Adilzahn, and three sons. On 9 January 2022, his family travelled to the Netherlands to seek asylum. But even there troubles have continued to plague them.

Since the Ürümqi protests of 2009, violent and oppressive PRC policies towards the region’s minorities have intensified to what today amounts to genocide. As a native Kazakh in the region, Bilash founded Atajurt Human Rights in 2017. Together with his wife, who is also a native Kazakh born in Almaty, the capital of Kazakhstan, they have recorded, translated and published online thousands of video testimonies of the abuses. Bilash told Index:

“I created the video testimony model because ethnic Kazakhs who lost loved ones in Xinjiang were coming to me to tell their story.”

Many Kazakh families are separated due to some members having fled the region using dual passports [Chinese and Kazakhs]. His organisation has called on the Chinese government to release interned family members, support their relatives in Kazakhstan and empower the voices of survivors.

“Too many awful stories there. We were translating these facts into English for international journalists. So it was big, big work,” Adilzahn said.

This work has not been without risks. On 10 March 2019, Bilash was arrested by the Kazakhstan authorities. He was charged with article 174 of the Criminal Code of Kazakhstan for “inciting ethnic hatred”. The UN Special Rapporteur, Fionnuala Ní Aoláin, has stated article 174 has been used unduly and increasingly to target outspoken civil society leaders to obstruct their work [paragraph 15]. Bilash told Index:

“I never criticised the Kazakhstan government when beginning this work because I knew if I criticised, it would be very dangerous to continue. So collecting the facts about the concentration camps and sending it to the media was the only way to save my people.”

He told survivors the Kazakh government would support them, but instead “because of Chinese pressure, the Kazakhstan government arrested me.”

“Please Save My Husband”, Adilzahn wrote to the international community via her Bitter Winter blog.

Bilash spent six months in prison and under house arrest, before coming to a procedural agreement allowing for his release. The conditions were that he had to plead guilty and promise to refrain from leading a political organisation for the next seven years.

“When he was released we thought we could stay there in Kazakhstan, and that they couldn’t arrest us, or do something with us. But we were mistaken. They started sending papers and opening new cases against us again. There was no chance to stay,” said Adilzahn.

Bilash said he was harassed by people connected to the government. According to Bilash, it began with carrots: promises of a state fund to manage and the opportunity to “live happily ever after”. He refused, knowing his silence could not be bought. So the sticks were brought out: Bilash received death threats from Kazakh authorities: “What if a truck crashes into your car and kills you, leaving your children crying behind you.” With Dulat Agadil, a close supporter, having already died in custody and his son stabbed shortly after, it was time to leave. On 10 September 2020, they left for Turkey.

Their situation was desperate. Adilzahn told Index: “We obtained a year tourist visa. But we had nothing. We never planned to leave Kazakhstan, or get refugee status from somewhere.” Bilash said Kazahk authorities labelled him a terrorist and froze his bank accounts. When in Turkey, Bilash alleges individuals approaching him monitored his activities on behalf of the Kazakhstan state. Their feelings of insecurity were exacerbated by notable reports of Uyghurs being watched, killed and deported via third countries.

In Turkey, he felt there was no way to continue the work of Atajurt Human Rights. Adilzahn told him, “You have to go, you are the only one who can rescue your nation. If you are deported back to China, your life and nation will be lost. There will be no chance for freedom.” So on 20 January 2021, Bilash left Turkey to seek asylum in the USA. His family remained in Turkey as they didn’t have the documentation needed. Since February 2021, China Aid has been hosting and helping him with the process.

Adilzahn told Index that they “thought he had a politically motivated full case [for asylum], and that we could reunite in America very fast.” But she speculated the pandemic, a Presidential election and issues with illegal immigrants in the USA slowed down Bilash’s asylum and their reunification. This endangered the family.

“A big footprint was left on the patio outside their apartment where Adilzahn lived. And there were reports of Kazakh government security officers searching the Kazakh ex-pat community in Turkey by showing Mr. Bilash’s photo and asking where they could find his family,” Bob Fu, the founder of China Aid, told Index.

Then, in December 2021 Duken Masimkhanuli, president of a pro-Chinese organisation in Kazakhstan, texted Bilash threatening “I will kill you and your three sons.” He was also insulted and threatened by Bakhtiyar Toktaubay, a resident of the Almaty region in Kazakhstan. He sent a video saying “Serikzhan, you left your wife in Turkey and fled to the United States. If you don’t like her, we need her. If she wants me, if I like her, I will spend a night with your wife, I will sleep in your house.”

“By founding Atajurt Human Rights, we have rescued thousands from Xinjiang re-education camps. We fight at one time on two front lines. The first front line is the Chinese Communist Party, and the second is Kazakhstan National Security. I saved so many from re-education camps, but could not save my own family. The American government gave no official support,” Bilash said.

On 5 January 2022, as protesters filled the streets of Kazakhstan, authorities declared a state of emergency. Police fired on protesters. Bilash criticised the “high level [governmental] revenge and mass arrests”. With Kazakh President Tokayev threatening punishment to all involved, and with Bilash’s family still within reach, Adilzahn told Index that it was “too dangerous” to stay in Turkey.

She added: “It seemed my people were winning until the Kazakh authority invited the Russian army in. They were killing people indiscriminately. Too many innocent people dying. Now my people are queuing for the morgues, and my birth city Almaty has been destroyed.” China Aid has since published an article titled “The Xinjiang Model repeated in Kazakhstan”.

Knowing the family had to act quickly Fu developed a plan.

“They decided to send someone to help me, as I am alone. I have three little children, three boys [1, 4 and 6 years old] and luggage. I couldn’t have gone by myself,” Adilzahn told Index. This is when Michael Horowitz, former OMB General Counsel to the Reagan Administration, and his wife Dr Devra Marcus agreed to accompany the family. They have housed many CCP-persecuted individuals, including Bilash. 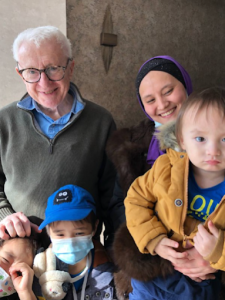 On 9 January the six travellers boarded a flight from Istanbul with a layover in the Netherlands, where they are currently being processed as priority asylum seekers.

Despite securing the family’s safety, Horowitz and Marcus were arrested on arriving at Schiphol airport. The Royal Netherlands Marechaussee spokesperson, Mike Hofman told Index, “On Sunday 9 January 2022, we arrested two American citizens for human trafficking. It’s suspected that they accompanied and assisted a family from Kazakhstan from Turkey to the Netherlands to apply for asylum.” He continued, “The American citizens were released from custody on Tuesday, but remain suspects.” On 12 January 2022, they arrived back in the USA.

“Last year alone China Aid rescued 17 endangered people, with six being brought to the Netherlands. We have never had this problem,” said Fu.

“The accusations against Mike and Devra are bizarre and absurd.”

The US Embassy Consular Affair Chief relayed the words of Horowitz and Marcus whilst detained: “It’s one of the great honors of my wife and mine that we have been able to play a role in helping to rescue two human rights heroes […] ”We are not traffickers.”

Michael Polak, Director and Barrister of Justice Abroad, told Index: “It is clear that Serikzhan Bilash and his family have faced intense danger and persecution because of his brave stance speaking up for ethnic Kazakhs stuck in Chinese camps whilst the Kazakh government stayed silent. It is clear that the Bilash family qualify as refugees, and it is great that they are in the Netherlands where they are safe. The arrest of the American nationals is oppressive and disproportionate, and it is hoped that they will not be charged given all the circumstances.”

Today Bilash and his family are now far away from Kazakhstan and indeed China. But they do not feel completely safe. As he tells Index: “Pro-Beijing forces are indeed rampant, everywhere, and are very powerful.” 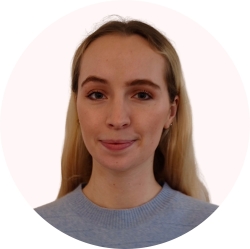