Life is returning to normal in Almaty, Kazakhstan’s largest city and commercial capital, after the unprecedented violence that followed peaceful protests earlier in January but questions remain over the actions authorities will take about civil society activists and journalists who publicised the protests.

Peaceful protests against rising prices started in the western oil town of Zhanaozen on 2 January and spread nationwide after the government’s refusal to cut the prices of liquefied petroleum gas back to the previous level. Back in December 2011, Zhanaozen had been the scene of violent clashes between striking oil workers and security forces that left at least 16 people dead.

The protesters began putting forward demands that the government should resign when the protests spread to Almaty on the evening of 4 January with protests on the city’s main square.

Access to the independent news site Orda.kz and the KazTAG news agency were almost immediately blocked in a heavy-handed response from Kazakh authorities.

Before they were blocked, Orda.kz and other independent outlets and blogs were the only sources of reliable information during the crisis. Despite the blockage of their website, its editor-in-chief Gulnar Bazhkenova said they had worked hard to keep their Telegram channel running.

“When the internet blackout was imposed, we looked for spots where the internet still worked and we would rush there to post our content wherever possible both on the website and Telegram channel,” she said. “We also shared logins and passwords with our colleagues abroad so they could post material which we passed on to them by all means available.”

Unlike in other towns and cities in Kazakhstan, the security services began to use force and the peaceful protests turned violent. Authorities later dubbed groups who hijacked these protests as “destructive forces” and “terrorists” without showing any evidence and imposed a two-week state of emergency and curfew in the city on 5 January. The same day a total blackout of communications, including the internet, was imposed on the whole country.

As the number of those detained started rising throughout the country, exceeding 10,000 as of 13 January, many Almaty-based journalists and activists have become reluctant to share their views publicly on the ongoing events in their city.

However, Index spoke to some who would talk despite the current situation.

Ardak Bukeyeva, an independent journalist from Almaty, says that following the violence on Almaty’s main square her attempts to find out about the casualties at the city’s main morgue, ambulance hospitals and other medical facilities were fruitless because staff refused to provide the information, citing ‘no disclosure’ orders from above.

As communications were cut off, Bukeyeva headed to the city hall in the hope she would find information on missing relatives or victims. As she approached the building she heard shots fired to warn her away.

“Shutting down communications, especially the internet, violated my rights not only to access information as a citizen but also to disseminate it as journalist,” she says.

Bukeyeva hopes the human cost of suppressing genuine public protests about socioeconomic and political issues will lead to meaningful changes in the country. Kazakhstan’s former president, Nursultan Abishuly Nazarbayev, only relieved the last vestiges of his omnipotent powers after holding a tight grip on them for over 30 years in protests in 2019.

Some of those who went out to Almaty’s city square on the first night of protests when they still were peaceful say that they would not even contemplate a protest in the current atmosphere of uncertainty.

Darkhan Sharipov, an activist from the Oyan, Qazaqstan! (“Wake Up, Kazakhstan!”) civil movement for political reform, was detained on the first night of the protests and kept until 3am when the protests turned violent. The following day, he and his fellow activists went back to the square but saw the violent crowd and decided to leave.

“It was hard to maintain communications because some had internet connections, but others did not,” he said. “After that night of violence we decided not to protest because we are afraid and fear that there might be repercussions.”

Political activist Askhat Belsarimov, who was also detained on the first night of the protests, echoes Sharipov: “We can’t think of protesting at the moment. Maybe, when the foreign troops leave.”

The Collective Security Treaty Organisation troops, which had the mandate of guarding government buildings and strategic facilities, started pulling out of Almaty on 13 January. The pull-out is expected to be completed by 19 January when the state of emergency ends. Should the Russian troops overstay their welcome, it will be a completely uncertain future not only for independent journalists and human rights activists but the whole county.

As for the country’s independent media, that remains to be seen.

While access to KazTAG was unblocked relatively quickly, it took until 13 January for the unblocking of Orda.kz to be announced by pro-government media outlets.

However, Orda’s Gulnar Bazhkenova told Index this was only partially correct.

“I personally could access to our website on my phone but I cannot do it on my computer which means the block hasn’t been lifted fully,” she said. “That’s why I have appealed to President Kassym-Jomart Tokayev requesting him to order the complete lifting of the block on our website.”

Kazakhstan’s activists are still concerned despite the seeming return to normality.

Darkhan says, “[The protests] might have ended for the general public but for civil society [the crackdown] is only starting,” he says. “It’s dangerous now. We all are keeping our heads down and waiting to see what happens.” 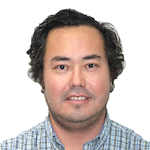 Naubet Bisenov
Naubet Bisenov is a freelance journalist and researcher based in Almaty, Kazakhstan. With a background in science, he started working in journalism in 2000 and has since freelanced for various media organisations, including BBC, bne IntelliNews and the Nikkei Asian Review.