For someone who has by now lived most of my adult life in the West but grew up in Belarus – a country that borders both Ukraine and Russia – these have certainly been dark and turbulent times.

The horror of what people in Ukraine are going through is heart-breaking. It is also confusing if my own country of birth is viewed as an aggressor or a victim.

Should people who have bravely protested in hundreds of thousands in 2020 and paid a very high price for it be now equated to the regime that rules them? Does Belarus, the country and the people, mean Lukashenka? What about Russia? The support for Putin is undoubtedly bigger there. But does Russia and Russian culture mean Putin?

Having always been a passionate advocate of freedom of expression under the most trying of conditions, what to make now of the blanket censorship of Russian and Belarusian artists not in Russia and Belarus… but in the West?

When the horror of the invasion of 24 February sank in, the Western cultural scene was immediately rocked by a succession of cancellations and calls for boycotts. Some of them were easier to understand and justify than others.

Opera singer Anna Netrebko and conductor Valery Gergiev have been tied to Putin’s regime and identified as representatives of his soft power: association with them became too toxic for Western cultural institutions. Recently, the evidence of oligarchic wealth accumulated by Gergiev due to his political connections has also come to light. This made any defence of him even more difficult
Art in some ways has always been held hostage. The authoritarian Soviet regime used the prestige of the Bolshoi and the power of Russian culture as soft power.

One is reminded of a powerful 1968 performance by cellist Mstislav Rostropovich at the BBC Proms in London where he performed – intitally to the calls of protest and with tears streaming down his face – a tortured and impassionate piece of music by a Czech composer Antonin Dvorak on the day Soviet tanks rolled into Czechoslovakia to crush the Prague Spring.

His wife, the opera singer Galina Vishnevskaya, recalled the event in her autobiography:

“In the hall, six thousand people greeted the appearance of Soviet artists with long unceasing cries, stomping, whistling, preventing the concert from starting. Some shouted: ‘Soviet fascists, get out!’ Others: ‘Shut up, the artists are not to blame!’

“Slava (his nickname) stood there completely pale, absorbing the shame for his criminal government, and I, closing my eyes and not daring to raise my head, huddled in the far corner of the viewing box. But then, finally, the hall fell silent. Dvořák’s music poured over the people like a requiem, and Rostropovich, shedding tears, spoke through his cello.

“The hall froze, listening to the confession of the great artist, who at that moment, together with Dvořák merged with the very soul of the Czech people, suffering with him and with them asking his forgiveness and praying for them.

“As soon as the last note played, I rushed backstage to Slava. Pale, with trembling lips, having not yet recovered from his experience on stage, with eyes full of tears, he grabbed my arm and dragged me to the exit:

“We went out into the street – the demonstrators were shouting there, waiting for the musicians of the orchestra to express their indignation to them.

“Seeing the two of us, they suddenly fell silent and parted in front of us. In the ensuing silence, not looking at anyone, feeling like criminals, we quickly walked to the car waiting for us and, returning to the hotel, we could finally give vent to our despair.

“But what could we do? We did the only thing that was in our power – got drunk.”

What then should the answer to this moral dilemma be? Should musicians and artists be allowed to perform only once they have stated their opposition to their government?

And is it then morally justifiable from the point of view of Western democracies to put someone living under completely different conditions in that position? To demand dissent from someone who might not be in the position to speak freely?

The German music critic Jan Brachmann gives the example of Dmitri Shostakovich, who, in 1949, appeared at a Soviet-backed peace conference in New York, having been pressured by Stalin into attending.

The émigré Russian composer Nicolas Nabokov publicly interrogated Shostakovich about Soviet denunciations of modernist music, even though he knew that his colleague could not speak his mind. Shostakovich muttered, barely audible: “I fully agree with the statements made in Pravda.”

It is unclear what exactly had been gained from that exercise. But Gurgiev aside and any moral clarity there notwithstanding, there have been other, much less clear-cut cases recently.

Sergei Loznitsa, one of Ukraine’s most prolific filmmakers, who has explored the Maidan uprising, the Donbass war, Stalin’s personality cult and the tragedy behind the Babyn Yar massacre, has recently been expelled from the Ukrainian Film Academy for speaking out against blanket boycott of Russian filmmakers.

His opposition is based on the fact that people should be judged by their actions not their passports. It is hard to disagree. People can still love their country and feel deeply ashamed of their government’s actions.
Kirill Serebrennikov, a Russian dissenting artist of great talent, is currently also in the line of fire.

Serebrennikov, who had his homoerotic production, Nureyev, taken off stage at Bolshoi in 2017, was placed under house arrest accused of embezzling theatre funds – a charge widely seen as being politically motivated. He was not allowed to attend a premiere of his production of Cosi Fan Tutte at Zurich Opera nor to the Cannes premiere of his hugely acclaimed ode to rock ‘n’ roll and dissent in 1980s Leningrad, Leto.

Recently Bolshoi has once again cancelled a scheduled production of Nureyev, this time as a retaliation for him speaking up against the war. Serebrennikov told France 24 in an interview last month that “it’s quite obvious that Russia started the war”, and that it was breaking his heart.

“It’s war, it’s killing people, it’s the worst thing (that) ever might happen with civilisation, with mankind… It’s a humanitarian catastrophe, it’s rivers of blood,” he said.

And yet the Ukrainian State Film Agency opposed Serebrennikov’s inclusion in Cannes Film Festival and the premiere of his new film on the grounds that he is a Russian filmmaker, and it was unacceptable in times of war. While this reaction is humanly understandable and can even be seen by some as a moral decision, we need to ask ourselves who ultimately benefits from silencing, cancelling, de-platforming and similar methods? It is never a viewer, a reader or any ordinary person.

The power of art is in our shared humanity and not in division. Art and its healing power is what gets us through the hard and dark times. We need to show solidarity with people in Ukraine and Ukrainian artists, shine a spotlight on their experiences and prioritise their voices, as well as support those who struggle under authoritarianism in their own countries. This is a task for any functioning democracy.

Having started by quoting Bertolt Brecht, another quotation, this time by the Soviet dissident Alexander Solzhenitsyn comes to mind: “The line separating good and evil passes not through states, nor between classes, nor between political parties either – but right through every human heart – and through all human hearts.”

This article appears in the forthcoming summer 2022 edition of Index on Censorship. Get ahead of the game and take out a subscription with a 30% discount from Exact Editions using the promo code Battle4Ukraine. 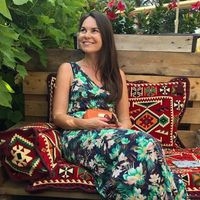 Maria Sorensen
Maria Sorensen is a Belarusian writer based in Switzerland. She runs the Art Against Aggression Facebook group

One response to “Cancel Putin, not culture”