Britain’s first LGBT+ Pride march took place 50 years ago, on 1 July 1972. What began as one event in London has since grown into more than 160 Pride events across the UK – from big cities to small towns. Pride has also spread to more than 100 countries, making it one of the most ubiquitous and successful global movements of all time.

How did it all begin?

After the Stonewall uprising in New York in 1969 – when the patrons of gay bars fought back against police harassment – the newly-formed gay liberation movement in the USA decided to organise protests to coincide with the anniversary. The idea spread to the UK, and a group of us in the Gay Liberation Front in London came up with the idea of holding a celebratory and defiant “Gay Pride” march, to challenge queer invisibility and the prevailing view that we should be ashamed of our homosexuality. The ethos of Pride was born.

This was an era of de facto censorship of LGBT+ issues. There was no media coverage of homophobic persecution, no public figures were openly LGBT+ and there were no positive representations of queer people. The only time we appeared in the press was when a gay person was arrested by the police, murdered by queer-bashers, outed by the tabloids, or exposed as a spy, child molester or serial killer.

This is why a Pride march was necessary: to show that we were proud of who we were. But a march was a gamble. Would anyone join us?

Back then, most LGBTs were closeted and dared not reveal themselves publicly, fearing police victimisation. Many aspects of same-sex behaviour were still a crime, given that homosexuality had been only partially decriminalised in 1967. Some were afraid that coming out publicly would result in them being queer-bashed, rejected by family and friends or sacked by homophobic employers.

But, much to our surprise and delight, about 700 people turned out for the first UK Pride in 1972. It was a joyful, carnival-style parade through the streets of London, from Trafalgar Square via Oxford Street to Hyde Park.

We had a political message: LGBT+ liberation. Our banners proclaimed: “Gay is good” and “Gay is angry”. Despite heavy policing and abuse from some members of the public, we made our point.

Buoyed by this first modest success, we had the confidence to organise further Pride marches in the years that followed. They had explicit political demands such as an equal age of consent, an end to police harassment and opposition to lesbian mothers losing custody of their children on the grounds that they were deemed to be unfit parents. 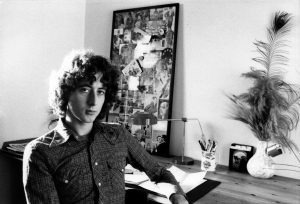 Then we were hit with a triple whammy. First came the moral panic of the Aids pandemic. Dubbed the “gay plague”, it demonised gay and bisexual men as the harbingers of death and destruction. Next the prime minister, Margaret Thatcher, attacked the right to be gay at the 1987 Conservative Party conference. And then, in 1988, Section 28 became law, prohibiting the so-called “promotion” of homosexuality by local authorities – the first new homophobic law in Britain for a century.

The LGBT+ community felt under attack – and we were. It brought us together and mobilised a fightback which was reflected in the turnout for Pride in 1988, with 30,000 marchers compared with 15,000 the year before. The march was angry and political, with some people attempting to storm Downing Street. 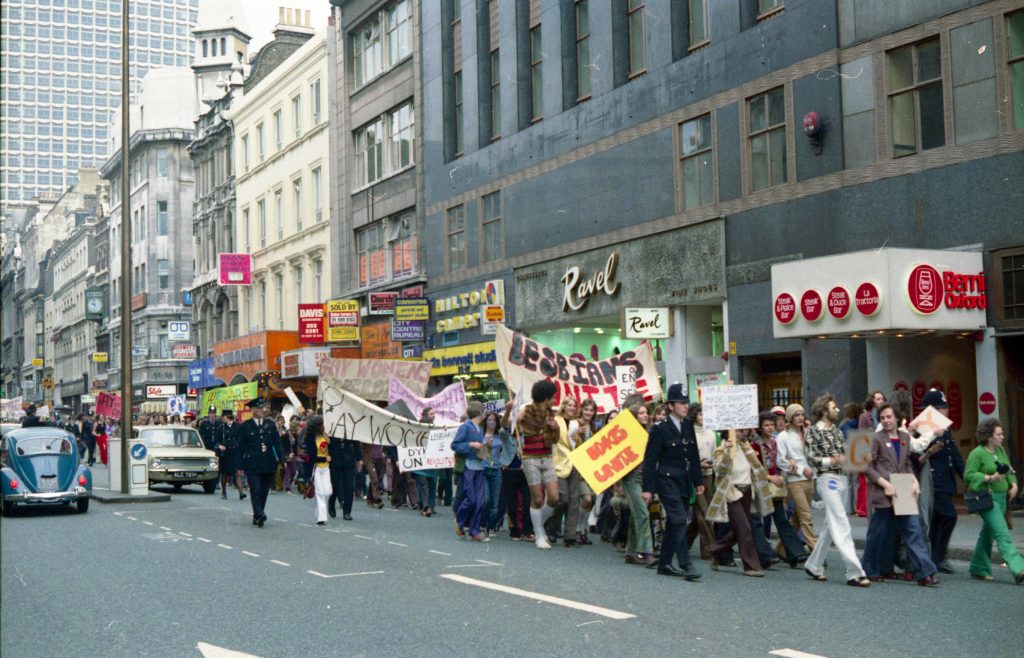 The first ever Pride in London, 1972. Photo: Jamie Gardiner

From 1988, Pride grew exponentially year on year. By 1997, there were 100,000 people on the march and the post-march festival on Clapham Common was attended by 300,000 revellers. This was the high point of Pride, run by – and for – the community, with strong LGBT+ human rights demands.

Since then, it has been downhill. A takeover by gay businesspeople at the turn of the century rebranded Pride as a “Mardi Gras” party and started charging for the post-march festival. Many people felt that Pride had been hijacked by commercial interests. Numbers plummeted, income crashed and the business consortium walked away.

For the past decade, the event has been run by a private community interest company, Pride in London, under contract and with funding from the mayor of London. It has been accused of being not representative of, or accountable to, the LGBT+ community, and of turning Pride into a depoliticised, overly commercial jamboree.

While some business sponsorship may be necessary to finance Pride, there is unease at the pre-eminence of commercial branding and advertising and the way huge extravagant corporate floats dominate the parade, overshadowing LGBT+ community groups.

Critics also question the participation of the police, arms manufacturers, fossil fuel companies, the Home Office and airlines involved in the deportation of LGBT+ refugees. Is this compatible with the liberation goals that inspired the first Pride?

And there is huge resentment that only 30,000 people are allowed to march in the parade, making Pride in London one of the smallest Prides of any Western capital city. Every year, thousands of people who want to march are turned away. This is against the original premise of Pride: that it should be open to everyone who wants to participate.

Pride in London claims that 1.5 million people attend. But there is no evidence to back this claim and it looks like hype to lure advertisers and sponsors. Even if we generously assume that 100,000 spectators line the route and there are 30,000 people in Trafalgar Square and 50,000 in Soho, plus 30,000 marchers, that’s still only 210,000.

Discontent led to last year’s Reclaim Pride march. It reverted to the roots of Pride, with a grassroots community focus, no corporate sponsors, and demands to ban LGBT+ conversion therapy, reform the Gender Recognition Act and provide a safe haven for LGBT+ refugees fleeing persecution abroad – political issues that have been absent from the official Pride for two decades.

It cost only £1,800 to organise, refuting Pride in London’s claims that Pride cannot exist without corporate funding to the tune of hundreds of thousands of pounds.

This year’s Pride in London parade is on 2 July. The day before, on the 50th anniversary of the UK’s first Pride, a handful of surviving Gay Liberation Front and 1972 Pride veterans will retrace the original route from Trafalgar Square to Hyde Park. Among other things, we’ll be urging the decriminalisation of LGBT+ people worldwide – including in the Commonwealth, where 35 out of the 54 member states still criminalise same-sex relations.

As radical and committed as ever, we pioneers of Pride continue the liberation struggle we began half a century ago. There will be no stopping until homophobia, biphobia and transphobia are history.

This article appears in the forthcoming summer 2022 edition of Index on Censorship. Get ahead of the game and take out a subscription with a 30% discount from Exact Editions using the promo code Battle4Ukraine. 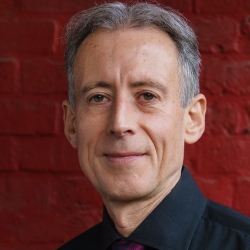